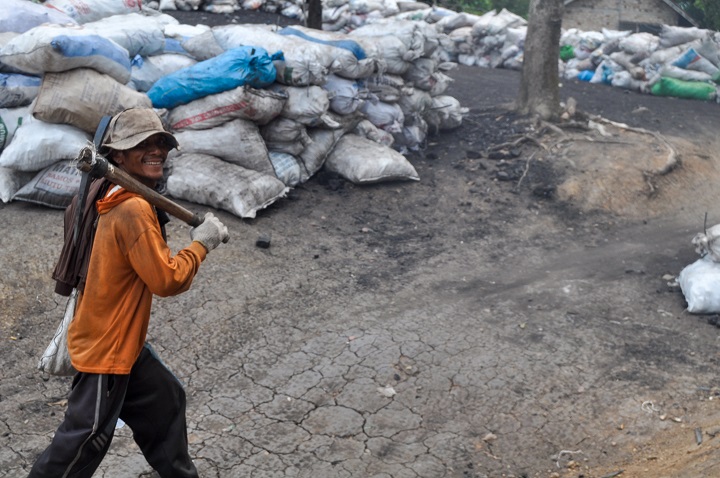 “Innalillahi wa inna ilaihi rojiu’un. I’m sorry to hear the death of Advocate Jurkani due to a brutal stabbing when he advocated for the illegal mining case in Tanah Bumbu, South Kalimantan, Indonesia. There were many such barbaric incidents in Banua, South Kalimantan. A teacher was killed because of the coal mine matter. Some journalists were killed because they wrote about the struggle for oil palm land. Now an advocate was killed, due to the matter of illegal coal mining. The authority is having a hard time uncovering the mastermind behind the main culprits.” (Denny Indrayana’s Twitter, 3 November 2021)

Comment:
This tweet from an Indonesian law figure has opened our eyes to the multidimensional damages caused by the coal industry mafia. It should be remembered that in January 2021, a massive flood disaster, that had not occurred in 50 years, hit South Kalimantan and destroyed 54,363 houses and caused 76,962 people to evacuate.

The damage has gone that far. The coal industry not only had harmed the environment, but also had harmed humans with ignorance, crime, and violence. This industry has the capacity to build the dark mafia power that will do anything to secure its interests, even if the price is human lives. The people who live in strategic locations rich in natural resources are often left to live in ignorance and poverty. Their lands wererobbed, while corporations were given the red carpet. Corporate Social Responsibility (CSR) is only bread crumbs for weak people.

In the sector of coal mining, mining licenses are continued to be granted even though it has to sacrifice the forests. It is to meet China’s demand, which is the main market for Indonesia’s coal exports. Based on data from the Handbook of Energy and Statistics of Indonesia 2020, Indonesia’s coal exports to China reached 127.79 million tons, or around 31.5% of Indonesia’s total coal exports. China is said to be difficult to move on from Indonesian coal because of its good quality and competitive price compared to local coal.

This is the high price of capitalistic development: the flow of consumerism in urban areas is intertwined with the flow of natural exploitation in the countryside. Perfect. In urban areas, the more towering buildings and malls stand majestically, the more rampant crime and violence against women are. In the countryside, natural wealth is cursed to be exploited and the population is left in the darkness of ignorance and poverty, even often facing violence from the mafia henchmen.

All of this happens because modern development is based on the principles of freedom of ownership, usury debts, and private investments, which are in tandem with the industrial order that adopts the values ​​of secularism, consumerism, and liberalism. Hence, this development is cursed;and its blessings are revoked by Allah. Itis accompaniedby environmental damages then slowly becomes a climate crisis and catastrophe. Even worse, this high price must also be paid with the social and mental damages of the Ummah!

“And if only the people of the cities had believed and feared Allah, We would have opened [i.e., bestowed] upon them blessings from the heaven and the earth; but they denied [the messengers], so We seized them for what they were earning.” [QS. Al A’raf: 96]