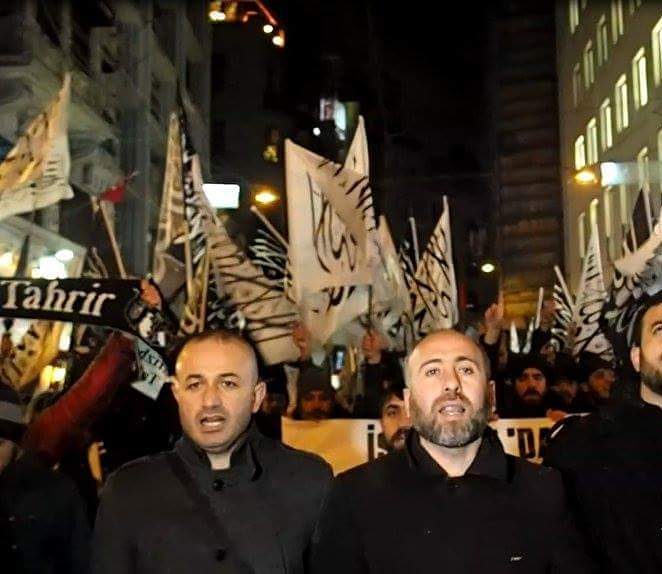 Osman Yildiz, a member of Hizb ut Tahrir and a Dawah carrier of Islam and a member of Media Office of Hizb ut Tahrir / Wilayah of Turkey, was arrested while leaving his home in Istanbul on the night of Wednesday 20/2/2019. He was imprisoned after his arrest paper work was completed on Thursday, 21/2/2019. After the approval of the Sixteenth Department of Punishments of the Supreme Court at the end of 2017 on the case of Hizb ut Tahrir collectively; 10 years imprisonment sentences were given for Brother Osman Yildiz in two cases of a peremptory degree, and he will remain in prison for another five years unless the judicial massacre against Hizb ut Tahrir is stopped.

We have already stated repeatedly that the injustice inflicted on the honest and sincere members of Hizb ut Tahrir for many years has recently become a judicial massacre. The Ninth Department of Punishments, which was closed and dispersed in connection with a terrorist organization in the Supreme Court, worked hard to include Hizb ut Tahrir within the framework of the terrorist organizations. On the basis of this fateful decision, many Hizb ut Tahrir members were imprisoned for many years. What was expected from the Sixteenth Department, which came after the closed Ninth Department, is to put an end to this injustice, the department followed the path of its predecessor and approved prison sentences totaling 660 years for 105 Hizb ut Tahrir members. This arbitrary decision, based on no evidence was seen by all protective Muslims as a major scandal.

The Constitutional Court has clearly stated that both court decisions and Supreme Court decisions are the same in the imposed sanctions, and are neither legal nor based on any evidence, and that Hizb ut Tahrir is not a terrorist organization. At a time when the decision of the Constitutional Court should have been a precedent that invalidates all cases and requires the re-holding of trials. The insistence of the local courts to ignore the decision of the Constitutional Court and expedite the procedures to implement the sentences issued in these cases has gone from being just a judicial injustice to a massacre by the courts.

We say to everyone involved in this judicial massacre: that Hizb ut Tahrir and its members will not make any concessions on the Islamic call they have carried, and will continue to carry it without hesitation or interruption, as it has been until now, and will be so in the future. And these punishments will not stop these sincere and God fearing brothers. These punishments will be added sins in the scale of your bad deeds, and adds to the heroic men of the call more determinaton and reward. Do not forget that Allah’s way in dealing with injustice will be fullfilled. Allah (swt) says:

“And never think that Allah is unaware of what the wrongdoers do. He only delays them for a Day when eyes will stare [in horror]”