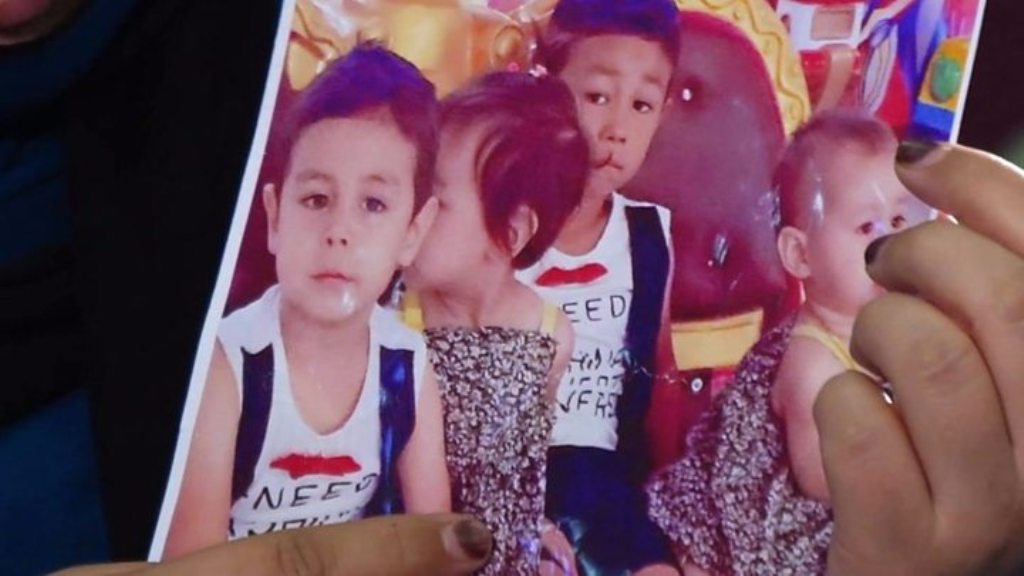 New research published earlier this month, and commissioned by the BBC, reports that China is engaging in a, “rapid, large-scale campaign to build boarding schools” to forcibly detain the children of Uyghur Muslims from East Turkestan who are in exile or incarcerated in the regime’s notorious ‘re-education concentration camps” in which 1 million Muslims are currently detained.

The clear aim is to systematically separate Muslim children from their families and Islamic beliefs. According to the report entitled, “Break Their Roots: Evidence for China’s Parent-Child Separation Campaign in Xinjiang”, authored by Adrian Zenz, a researcher on China’s mass internment of Muslims in East Turkestan, the Chinese regime has been growing its ability to house and indoctrinate, large numbers of Uyghur children with its atheist communist culture, at precisely the same time that it has been building the adult detention camps. Zenz’s report, which is based on official documents, describes an “unprecedented school expansion drive” in East Turkestan, that includes the enlargement of boarding school campuses, the building of new dormitories and the increase of capacity on a massive scale.

The report states that in just 1 year, 2017, the total number of children enrolled in kindergartens in East Turkestan increased by more than half a million, with Uyghur and other Muslim children constituting more than 90% of that rise. In addition, Uyghur preschool enrolment has increased by 148% in Uyghur areas between 2015-18 – exceeding the average national enrollment growth by 18 times, with the youngest child in state custody being only 15 months old. Furthermore, in south ‘Xinjiang’ alone, authorities have spent $1.2 billion on building and upgrading kindergartens, which includes the addition of large amounts of dormitory space. Zenz states, “Boarding schools provide the ideal context for a sustained cultural re-engineering of minority societies….the long-term goal in Xinjiang is a targeted cultural genocide, designed to completely alter and align the hearts and minds of the next generation with the Communist Party ideology.”

Under the spurious guise of preventing ‘extremism’ and ‘terrorism’, which the Chinese state defines as engaging in basic Islamic practices such as prayer, reciting Qur’an, growing of a beard and wearing of the Islamic dress, this dystopian regime is intensifying its crusade to raise a new generation of Uyghur and other Muslims who are cut off from their Islamic Deen, to wipe out Islam from East Turkestan. These ‘internment schools’ serve the same purpose as the adult detention camps: to indoctrinate Muslim children with atheist communist culture and eliminate every trace of their Islamic beliefs, such that they become obedient pawns of the Communist Party, loyal subjects of the state and enemies of their Muslim families, Uyghur community and Islamic faith. Despite this ‘cultural genocide’, no-one expects any current state in this capitalism dominated world to take a stand against China to protect the Uyghur Muslims, for their economic interests will always be dearer to them than ending human suffering and oppression. The spineless Muslim regimes have also continued to cozy up to this anti-Muslim dystopian state, shamelessly disregarding its grievous persecution of the Uyghur Muslims, for the sake of furthering their financial gains. Chinese state media reported that during Turkish President Erdogan’s recent visit to Beijing, he expressed support for China’s so-called ‘anti-extremism’ actions, suggesting that the two countries should take steps to promote joint counter-terrorism operations, and also stated, “It is a fact that the people of China’s Xinjiang region live happily in China’s development and prosperity.” This is despite the fact that there are significant numbers of Uyghur exiles in Turkey itself, who have fled persecution by the Chinese state, many of whom have lost children to these ‘internment schools’! The liberation of the Uyghur Muslims from the clutches of the oppressive Chinese regime will only materialise with the establishment of the Khilafah state (Caliphate) based upon the method of the Prophethood, for this is a state which does not shape its actions on economic gain but on the Commands of Allah (swt) alone. This includes fulfilling His (swt)’s Order to protect the Muslims, no matter the financial cost. It is a state that truly represents and defends the interests of Islam and the Muslims, rather than paying mere lip service to ending injustice! The Prophet ﷺ said, «وَإِنَّمَا الإِمَامُ جُنَّةٌ يُقَاتَلُ مِنْ وَرَائِهِ وَيُتَّقَى بِهِ» “Verily the Imam (the Khaliafah) is a shield from behind whom you fight and by whom you are protected”.