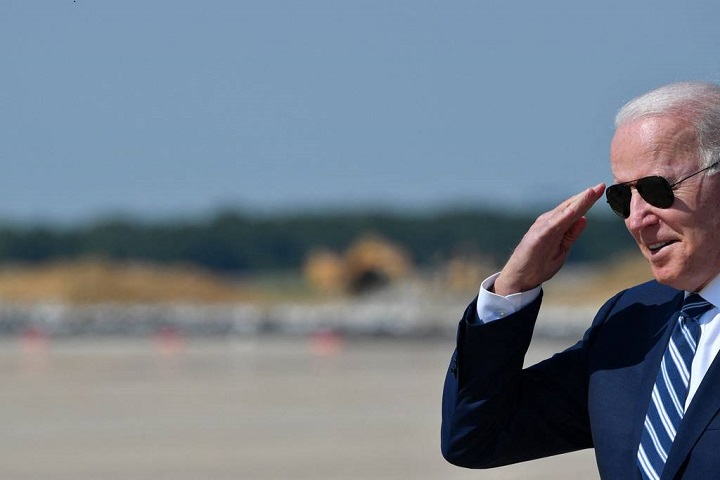 The United States Congress recently approved a $777.7bn defense budget, a five percent increase from last year. This move came after they pulled the last American troops out of Afghanistan and was justified as a way of dealing with the intensifying competition with China. (Al Jazeera) The budget approval had bipartisan support and supports the USA’s current stance that China poses a significant threat to its global supremacy.

But an analysis of the history and structure of the international system, as well as the role that both the US and China play within it, shows that the situation isn’t as simple as the USA is portraying.

When evaluating the relationships between the states, we can’t ignore the way that the international system was set up in the mid to late 1900s. The USA emerged as the leading state and it set up an international system with international organizations, economic interdependence and liberal norms and values. All of these were accepted by the powerful states at the time and what emerged was a situation where they all agreed to solve their problems and resolve issues of competing national interests, without going to war as was common during the imperialist era. The current international system is tied to the USA – and thus every country has an interest in ensuring that the USA remains stable and maintains its influence.

When Communism failed and China chose to join the international system, it agreed to work within the norms and values that the USA set up and adopted Capitalism as its ideology. While it may subscribe to more authoritarian ideas within its borders, its actions in the international arena continue to show its commitment to the global capitalist system.

By working within the international system, they inadvertently support the USA and its role as the leading state.

China continuously emphasized its ‘peaceful rise’ as it developed over the past few decades and has been careful to portray themselves as an advocate of globalization and free trade. Since the 1980’s they integrated and adapted quite substantively to the main institutions and rules of the liberal international order. And President Xi has renewed calls to build a more open global economy and has opposed trade protectionism several times since then (Global Times, 2019). While there has been conflict, the two countries have strong economic interdependencies that can’t be ignored. This interdependence means that both countries face consequences when one tries to hurt the other, and China is aware of this fact.

“In 2009 the People’s Liberation Army urged the Chinese government to sell some of China’s massive holdings of dollars to punish the US for selling arms to Taiwan. The People’s Bank of China pointed out, however, that doing so would impose large costs on China. The government sided with the central bank. Dumping dollars might bring the US to its knees, but it would also have devastating consequences for China. Similarly, in current scenarios that envisage a Chinese cyber-attack on the US power grid, the two countries’ economic interdependence would mean costly damage to China as well. Precision attacks on minor economic targets might not produce much direct blowback, but the rising importance of the internet to economic growth increases general incentives for self-restraint. The legitimacy of the Chinese Communist party depends heavily upon economic growth, and economic growth in China increasingly depends upon the internet.” (Financial Times)

China has established itself as a manufacturing hub and an export-driven economy. This means that it is entangled within the international economic system, and as the economic system is tied to the dollar, China is heavily reliant on the USA. They are sending more goods and services to the U.S. than the U.S. sells to China. They have also brought US debt to ensure price competitiveness for its exports at the international level- In Jan 2021, China owned $1.095 trillion, or about 3.7%, of the $29 trillion U.S. national debt, which is more than any other foreign country except Japan.

In the end, they are both reliant on each other. In 2020, China was America’s largest goods trading partner, third largest export market, and largest source of imports. Exports to China supported an estimated 1.2 million jobs in the United States in 2019. Most U.S. companies operating in China report being committed to the China market for the long term. (Brookings)

While China seems to be taking steps to de-tangle their economy and reduce their reliance on the West, the fact that the entire economic system is tied to the dollar, means that the USA will always maintain a critical role within the current international system. Thus China will tread carefully due to the connection between their domestic development and the international economy. Because in order to make a change, China will have to convince the rest of the world to accept them over the USA – which they have yet to do.

This doesn’t mean that there won’t be tensions between the two states. In the Capitalist system, with their national interests and zero sum game politics, there will always be tensions. But the states have shown a commitment to work those tensions out in a way that doesn’t impact the international system- China is a member of a number of international organizations such as the World Trade Organization and more significantly, it’s a permanent member of the United Nations Security Council.

Things are changing within the international system, now the states have to see if they can adapt and deal with them. But the USA will still maintain its role and work to maintain it.

The world has gone through many changes and experienced many challenges. They are having to adapt to them but that doesn’t mean that the United States will fall from its role as leading states- it just means that other states are working to develop within the system that it set up and maintain and protect their own national interests within it. When the USA choses to increase their defense budget, it is reassuring the capitalist states that it is still taking its role as the leading state seriously and is willing to make decisions that will allow it to protect the international system, so that they all continue to support it.

We must also remember that whoever rises to challenge the USA will have to contend with the other states- who are aiming to protect the Capitalist system, which the USA has tied itself into. This will make other states reluctant to pursue global aspirations and wary as they pursue regional ones.

The next global conflict will between ideology’s – Islam and Capitalism, not China and the USA

The last global conflict was between Capitalism and Communism. China is no longer a Communist state – it may subscribe to some of its values but it hasn’t embraced its ideology as the USSR did in the past. Today, the focus of its policies (even ones such as CPEC) is to ensure that it maintains its economic development and is able to reduce US interference in areas of national and regional interest. But in the end, it is a Capitalist nation albeit not a liberal one.

The next global conflict will be between Islam and Capitalism, as the states will understand that the re-establishment of the Islamic State will mean the end of their international dominance, just as the Quraysh did at the time of the Prophet (saw).

Thauban reported that the Messenger of Allah (saw) said,

“Allah drew the ends of the world near one another for my sake. And I have seen its eastern and western ends. And the dominion of my Ummah would reach those ends which have been drawn near me and I have been granted the red and the white treasure and I begged my Lord for my Ummah that it should not be destroyed because of famine, nor be dominated by an enemy who is not amongst them to take their lives and destroy them root and branch, and my Lord said: Muhammad, whenever I make a decision, there is none to change it. I grant you for your Ummah that it would not be destroyed by famine and it would not be dominated by an enemy who would not be amongst it and would take their lives and destroy them root and branch, even if all the people from the different parts of the world join hands together (for this purpose)” [Muslim].