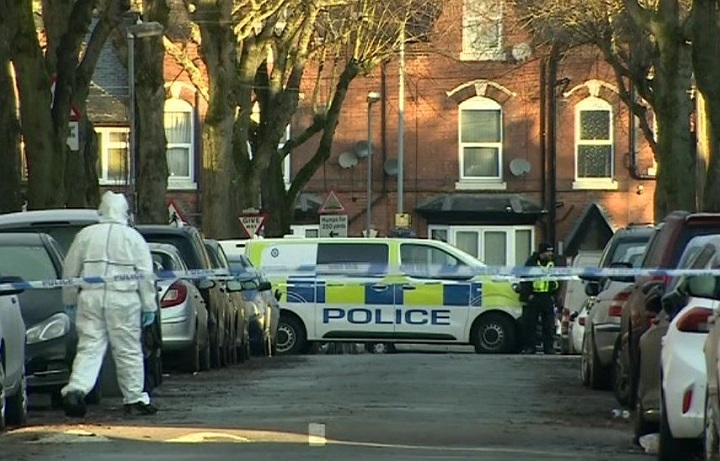 In recent weeks, a series of tragic violent incidents involving children murdering other children in the UK have hit the headlines in the country. In November, a 14 year old boy was charged with the murder of a 12 year old girl, Ava White, in Liverpool. She was stabbed to death while out with some friends, following what was described as a “verbal argument” with the perpetrator. Three other boys, aged between 13-15 were also arrested in the incident. In the same month, 4 teenagers were found guilty of murdering 15 year old Keon Lincoln outside his home in Birmingham. Keon was stabbed 8 times and then shot in the abdomen while he lay on the ground. His attackers included a 14 year old and 16 year old. Again, in the same month, 15 year old Marcel Grzeszcz, was jailed for a minimum of 16 years for killing his 12 year old friend, who was lured into a woodland in Boston, Lincolnshire by Grzeszcz, who then stabbed him more than 70 times in a “brutal and prolonged” assault. The victim’s wounds were described as “consistent with an attempt to remove the head”. Several other child homicides also hit the news in November: a 14 year old was stabbed to death near a busy south London station following clashes between two groups of youth; two 15 year old boys were found guilty of killing 15 year old Reece Tansey in Bolton, who died after sustaining 6 stab wounds; and over the Atlantic, 15 year old Ethan Crumbley opened fire at fellow students in his high school in Oxford Township, Michigan, leaving 4 teenagers dead and 8 others injured. According to figures compiled by the Daily Mirror, 40 have been killed so far in 2021 in the UK in these fatal young stabbings. In the capital, London, the number of teens who have lost their life to street crime has reached the highest rate in 4 years. And in the US, homicide is the 3rd leading cause of death among young people aged 15-19 according to the Centre for Disease Control. Much of this is related to the widespread gang violence operating in the country.

Comment:
No child is born a killer. There is a story behind every child murderer and what led them to this tragic end-destination. The reasons are many of what has created this epidemic of youth violence. Certain music, movies and social media influences as well as video gaming have allowed violence to be glamourised for the sake of profit. Alcohol and drug use within societies increases aggressive behaviour, while the financial gain from peddling narcotics serves as a primary underlying factor driving gang turf wars. Broken families, troubled home life and absent fathers creates instability, chaos and pain in the life of children which is often expressed in the form of anger and violence. The high scale of neglect and abandonment of children by their families has driven many to join gangs for a sense of belonging and brotherhood. The epidemic of domestic violence in homes witnessed or experienced by children has led many to imitate this violent behaviour. An absence of clear parental moral guidance, discipline and boundaries of expected behaviour due to the promotion of a permissive culture by liberal societies has encouraged the young to act as they wish under the banner of ‘liberal freedoms’. Lack of quality time and support afforded to children by parents who are too busy pursuing their own interests, pleasures and hedonistic lifestyles has compounded the problem, as has the epidemic of single mothers struggling to work and raise their children alone due to the nurturing of mindsets within many men which shuns commitment and responsibility, including to their families. Crime-ridden communities and neighbourhoods, widespread economic deprivation and unemployment, and poor provision of good quality education has resulted in many youngsters becoming disillusioned and disaffected by life and seeing crime and gangs as their only means of financial survival and path out of poverty. Hyper-materialistic societies where status is defined by wealth and possessions has driven many youths to sell drugs, rob or even kill in order to make quick-money. And a viewpoint in life of living for the ‘here and now’ and caring only for oneself, with no understanding or consideration of the consequences of one’s actions in this world or the next, has created young personalities who act on instinct and cannot see beyond pursing immediate selfish gains and desires, doing whatever they need to get whatever they want.

This kaleidoscope of reasons driving the epidemic of youth violence within various societies cannot be solved by superficial actions such as increasing stop and search for weapons, better policing, more investment in youth services, or harsher penal punishments for these crimes.

This is because the factors driving youth violence are the inevitable toxic fruits of the capitalist liberal system implemented by many states today. This system has nurtured materialistic, individualistic mindsets and caused the plethora of social, economic and moral problems afflicting societies, leading to the dysfunctional upbringing, emotional scarring and mental health problems suffered by many children, which often drives violence. It is yet another reminder of why this system is unfit to govern over humanity, and why as Muslims we need to present Islam, its values and laws as an alternative ideology and system for mankind. Indeed, it is Islam which nurtures personalities who are conscious of the consequences of all their actions in the Hereafter; who shun materialism and immoral and criminal behaviour; and understand the sanctity of human life for it was created by their Creator (swt). Additionally, the Islamic values create strong family units where parents understand their heavy responsibility to care for and guide their children in righteous conduct, while the Islamic laws establishes clear rules and limits of right and wrong in contrast to liberal values. Consequently, Islam created a state where crime and violence was minimal and where its youth were leaders in the protection and advancement of societies.

“Alif Lam Ra. (This is) a Book which We have sent down to you so that, by their Lord’s permission, you lead out the people from the darkness (of ignorance) into the light (of faith), to the way of the Mighty, the Owner of Praise.” [Ibrahim: 1]