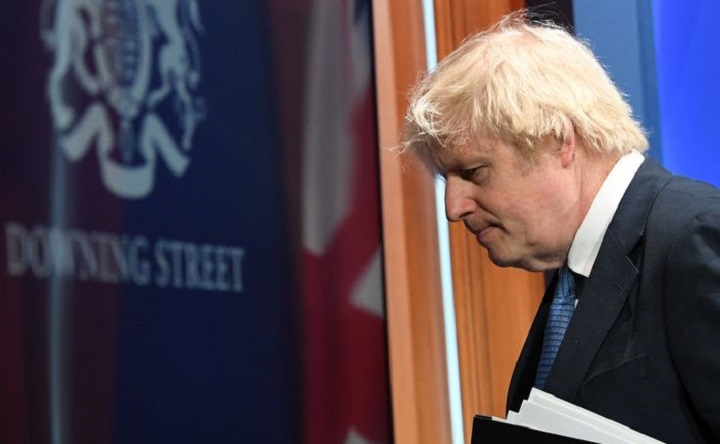 Boris Johnson’s former chief adviser Dominic Cummings has made a series of explosive claims about mistakes made by the government during the Covid pandemic. During a seven-hour joint session of the Commons Health, and Science and Technology committees, Mr Cummings made a number of allegations.

“Tens of thousands of people died, who didn’t need to die,” Mr Cummings said. “When the public needed us most the government failed,” he added, apologising to “the families of those who died unnecessarily”. Mr Cummings said the government was not on a “war footing” when the virus emerged in January and February last year and “lots of key people were literally skiing”.

PM ‘not fit for office’

Boris Johnson dismissed the emerging coronavirus as “the new swine flu” and “just a scare story” – and pledged to be injected “live on TV with the virus so everyone realises it’s nothing to be frightened of'” He said he would rather see “bodies pile high” than order a third lockdown in the autumn of 2020.

He was a “thousand times too obsessed with the media” and it had “prevented him doing his own job”. He appeared to be persuaded by the Daily Telegraph’s view of events on any given day.

“The heart of the problem was, fundamentally, I regarded him as unfit for the job. And I was trying to create a structure around him to try and stop what I thought would have been bad decisions, and push things through against his wishes.”

He claimed it was “completely crazy” that he himself should have been given a senior role in “any sensible rational government”.

“There’s a very profound question in the nature of our political system, any system that leaves people with the choice between Boris Johnson and Jeremy Corbyn is obviously a system that’s gone extremely badly wrong,” he said.

Hancock ‘should have been fired’

Mr Hancock “should have been fired for at least 15 to 20 things”, Mr Cummings said, as he made allegations about the health secretary.

He displayed “criminal, disgraceful behaviour” as he held back coronavirus tests and meddled in efforts to build a mass testing system in order to meet a “stupid” pledge of 100,000 tests per day in April 2020.

He lied during meetings held in the Downing Street cabinet room, including about testing people before they were discharged from hospital into care homes during the first wave.

Mr Cummings and the UK’s then most senior civil servant Sir Mark Sedwill recommended to the prime minister that Mr Hancock be sacked in April 2020. The prime minister did not sack Mr Hancock because some felt he would be a convenient fall guy during any future public inquiry. (Source: BBC)

Comment:
Most of what Mr Cummings said has come as no surprise, except to those who blindly call for democracy, without any real awareness of its utter failure to look after the affairs of the people.

The fact that the incompetent is given the reins of power and are obsessed with their media image is no great shock. The bastions of democracy in the world have been positively imploding in recent years, exposing their futility with every crisis, one after another. Clearly they do not serve the majority of people, but instead a tiny select elite group with special interests.

Such exposes and confessions from those at the heart of government only confirm what was already blindingly obvious.