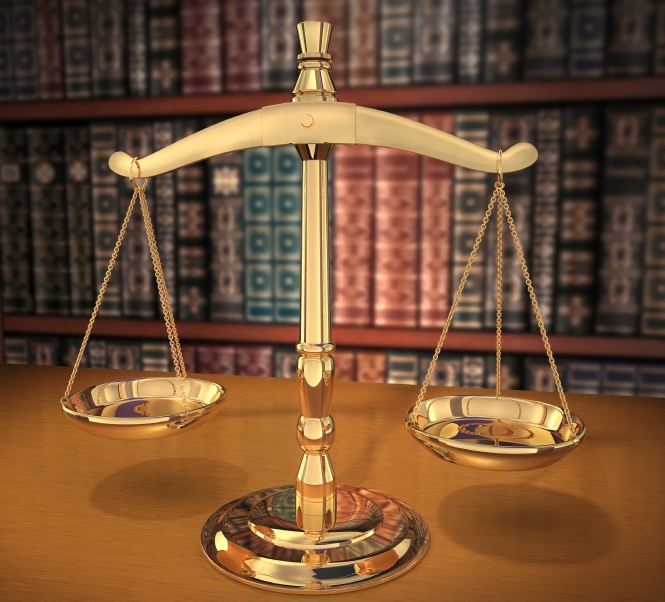 There are always concerns that any system which does not have any checks and balances, the ruler is then left to do as he pleases. This can very quickly descend into a dictatorship and become oppressive for the people. Within the Islamic system due to the power that the Caliph is bestowed with, many feel that the position is dictatorial or very close to it, thus having no mechanisms for checks and balances, but this could not be further from the truth.

A central theme within Islam is to enjoin the good and forbid the evil and to give sincere advice to people, regardless of whether they are the general masses or the ruler. In the Qur’an, Allah (swt) informs us,

“You are the best nation raised for mankind, you enjoin the good and forbid the evil and you believe in Allah”

“To Allah, His Book, His Messenger, the leaders of the Muslims, and their common people.” (Muslim)

“The master of the martyrs is Hamza ibn Abdul Mattalib, and a man who stands (in front of) an oppressive ruler and enjoins the good and forbids the evil and so is killed for it.” (Hakim)

The above passages and hadiths, amongst many, form the backbone of the checks and balances on the Caliph (Khalifah) and he is not left to do as he pleases. So the citizens of the Islamic State must account and advise the Caliph, but the accounting must be upon the Caliph on implementing the Shariah and not upon issues which contradict the Shariah. For example, if the Caliph failed to provide health care or education, then the citizens of the Islamic State will be well within their rights to hold the Caliph to account for these services. Contrary to, it will be forbidden for citizens to account the Caliph on issues that are forbidden within the Shariah, for example, issues such as why people are not permitted to drink alcohol openly, the banning of clubs and bars. Below are some of the mechanisms designed to account the Caliph and oversee his conduct.

The remit of this court, which is composed of a number of judges, is to scrutinise and investigate the Caliph on his application of the Shariah within the Islamic State. The judges are appointed by the Caliph himself, which could lead to him appointing judges who are partisan to him and they are also paid by the Islamic State. But these will not be considered as fears, that the complaints can be raised against the Caliph through this organ, whereby the courts must investigate these complaints. In the event of no complaints lodged by the citizens of the State, the judges can exercise power to take it upon themselves to investigate any perceived violations by the Caliph, resulting in formal proceedings against him.

While there is an active investigation against the Caliph, he cannot dismiss any of the judges until their investigation is complete. If he is found to have violated the Shariah then he will be given an opportunity to rectify his violation, without sanctioning. If the Caliph refused sanctioning or was sanctioned in a manner which affected his role as the ruler, then he would be removed from his post and fresh elections would be called by the judges. During such events, an interim Caliph would be appointed until the completion of the elections. This is the only organ of the Islamic State entrusted with the power to remove the Caliph, if clear violation of the terms of his contract can be proven. No other organs of the Islamic State can remove the ruler from his post, therefore the biggest concern is how to maintain the neutrality and independence of the Courts of Unjust Acts, so that it is not manipulated by the Caliph. This will be discussed later.

The Council of the Ummah

This council is composed of many individuals from the Islamic State, who have won local elections and have been selected by the people to represent them. The number of representation within this council will vary depending on the size of the Islamic State. Interestingly a limited number of non-Muslims can also be a part of the council to represent the thoughts of non-Muslims. The role of this council is to hold the ruler to account and represent their local constituency in terms of the needs of the constituency, and to raise complaints about officials. Council elections will be held every 5 years.

Members of the council must represent the interest of their constituency and not the agenda of oneself, their political party or interest group if they happen to be part of one. This is because the platform of the Council of the Ummah has been designed to represent the whole Ummah, rather than a select interest such as Zakat or Hajj or the agenda of a political party they maybe affiliated with. The council itself cannot remove the Caliph if he violates his contract, rather the council will report the Caliph to the Courts of Unjust Acts, who would then investigate the claims made by the council to establish potential wrongdoing.

Politics in Islam is to look after the affairs of the Ummah in accordance with Islam to enjoin the good and forbid the evil conforming to the Islamic opinion of enjoining good and forbidding evil. Citizens of the Islamic State can form political parties to account and advise the Caliph. Political parties must account and advise the Caliph on his full application of the Shariah and not just one select area, since politics is to look after people’s affairs holistically according to the whole of Islam and not only a part of it. It is plausible that some political parties emphasise on one area of the Shariah over another, because the Caliph maybe negligent in that specific area. Nonetheless, the Caliph must be accounted on the whole application of Islam, since this is the basis upon which Islam demands the establishment of political parties. This can clearly be extrapolated from the ayah below,

“Let there arise out of you a group of people inviting to all that is good, enjoining the good and forbidding the evil, and it is they who are the successful.”

‘All that is good’ is reference to the whole of Islam and not a part of it. As for those groups who only advise the Caliph on one aspect of the Shariah like Jihad and Jizyah, they will be known as interest groups and they will also be permitted.

Both of these types of groups will be able to apply for State bursary when available and may raise funds from the citizens of the Islamic State for their activities and research. However, political parties will be given priority over and above interest groups when it comes to State bursary, since in origin this is what Islam wants and not just interest groups. Any group (or individual for that matter) is found to have received funds from foreign governments, organisations or even individuals (Muslim or non-Muslim) will be immediately shut down and maybe prosecuted. This is to protect the Islamic State from infiltration or manipulation by outside powers.

If a political party or interest group feels that the Caliph has violated his contract, they should report him to the Courts of Unjust Acts, which will investigate their claims and follow the correct procedure depending upon their findings. Political parties and interest groups cannot remove the Caliph and they must avoid agitating the citizens against the Caliph, as this may lead to rebellion and bloodshed which Islam has prohibited. Rather they must report their findings to the Courts of Unjust Acts.

Individual citizens of the Islamic State should also account and advise the Caliph, especially the influentials amongst them. Thus the scholar, teacher, doctor, journalist and others should also act as checks and balances against the Caliph. Naturally, citizens from the Islamic State will perform such an act as it is a duty upon all citizens, and the more people that account and advise the Caliph the stronger the checks and balances will be. In order for citizens to undertake their responsibilities, accounting and advising the ruler will be part of the state education curriculum, so that the process can be implemented with due diligence.

Baring one exception, any individual who is part of the security apparatus like the Army and Police, would be encouraged, if not obliged to stay neutral. This is because if the security apparatus is politicised, it may lead to taking wrong steps due to high emotions that the Caliph is being oppressive (when he may or may not be).  Institutions such as the Police and Army can very quickly make situations turn violent if they are seen to be taking sides. As a result, circumstances may get out of control very quickly leading to bloodshed, thus the neutrality of these institutions is paramount.

So individual citizens must account the Caliph and if they find him to have violated his contract, then he should be reported to the Courts of Unjust Acts for further investigation.

As is quite evident, the Courts of Unjust Acts plays a central role in accounting the Caliph and is the only organ of the Islamic State that can impeach and remove the Caliph when necessary.

In conclusion, there are many checks and balances on the Caliph within the Islamic State. It varies from the citizens of the State to political parties, right up to the Council of the Ummah as well as the Court of Unjust Acts. This is ultimately the institution vested with the power to investigate and remove the Caliph, if the Caliph breaches his contract with the Ummah. Keeping this institution independent will be the most vital aspect for this mechanism to fulfil its purpose. Ultimately the best checks and balances will be to fear Allah (swt) and know that we are all answerable to Him (swt). Those with more responsibility should fear Him (swt) due to them having more to answer for, than those with diminished responsibility.

Imam al-Shafi’i remarked, “There is a verse in the Quran that every wrongdoer should be terrified of.” He was asked, “Which verse is that?” وَمَا كَانَ رَبُّكَ نَسِيّاً He replied, “’And your Lord never forgets.’” (Quran 19:64)

“Indeed, your Lord is certainly in observation (always watching)”