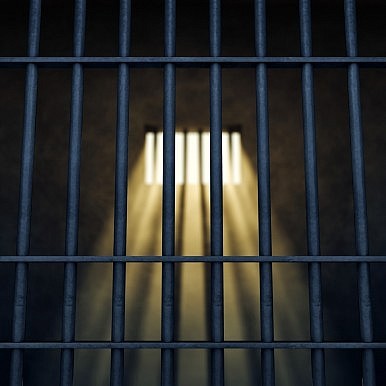 The Hasina regime, soon after coming to power for another term, has started a heinous crime against the imminent Khilafah Rashidah (rightly guided Caliphate) and its advocates, to assure the Kafir imperialists that her regime is a sincere devotee of the war on Islam. But, her regime should know that Allah Azza Wa Jal says: ولاَ تَحْسَبَنَّ اللَّهَ غَافِلاً عَمَّا يَعْمَلُ الظَّالِمُونَ إِنَّمَا يُؤَخِّرُهُمْ لِيَوْمٍ تَشْخَصُ فِيهِ الأَبْصَار “And never think that Allah is unaware of what the wrongdoers do. He only delays them for a Day when eyes will stare (in horror).” [Surah Ibrahim: 42]

Therefore, Allah (swt) is aware about each of your actions, even the heinous act that was done by your thugs the day before yesterday (Sunday, 27th January, 2019). It should be noted that, on the day before yesterday some thugs from Rapid Action Battalion (RAB-4) ‘abducted’ a noble believing woman named Sabrina Ferdous (22) from her husband’s home at Kallayanpur, Dhaka, for no other crime (!) than that she is the wife of a dawah carrier, Tarek Mohammad Faysal, 30, who was arrested 3 months ago; and, for the same reason they also ‘abducted’ another member of this victimized family, his younger brother, a student of Dhaka University; and till now RAB-4 is denying their whereabouts. We from Hizb ut Tahrir, strongly condemn such heinous and despicable acts of the Hasina regime and its thugs and demand their immediate and honorable release!

After deceitfully coming into power again, receiving the support of the imperialists, especially US-Britain-India, has put Hasina in their debts, and she is repaying her masters by extending her hands to the Kafir imperialist’s war against Islam. Therefore, after failing to face the movement of re-establishing Khilafah Rasidah politically, this regime is using heinous acts of oppression and tyranny against the family members of the advocates of the imminent Khilafah Rashidah. And they shamelessly targeted a Muslim woman of this Ummah just like the Kafir imperialists do. Hasina has proven that she is from those rulers whose shamelessness have exceeded that of the Quraish leaders of the Jahiliyyah (Age of Ignorance) before Islamic was established. When the Musrik leaders of Makkah dispatched forty men to kill the Messenger of Allah ﷺ, they embarked at night to his ﷺ house, and finding it closed, they surrounded it waiting outside for him ﷺ to open it so that they could then kill him, because their honor prevented them for raiding the house whose inhabitants were asleep. But rulers like Hasina and her thugs have transgressed all sanctities, and raid homes without permission or knocking, and terrify the women, the children and the old. Indeed, the Hasina regime has lost all honor and shame. The Messenger of Allah ﷺ articulated the truth when he said, «… إِذَا لَمْ تَسْتَحْيِ فَاصْنَعْ مَا شِئْتَ» “If you have no shame, do as you wish…” [Bukhari].

We want to remind Hasina and her regime that history is the witness that Islam can never be suppressed by torturing Muslims when Allah (swt) has Himself assumed the responsibility to make His Deen victorious. Also know that the one who suppresses and oppresses a Muslim and his family just because he carries the call of Islam, is destroying his Akhirah. Therefore, repent sincerely for all of the despicable crimes that you have done against the advocates of the Khilafah Rashidah, the sincere sons of this Ummah and drop all charges against them. Fear that day when you will have to stand helpless and terrified before Allah Azza Wa Jal and His merciless guards of Hell who will throw you into the Hellfire for displaying hostility towards the Wali (pious servants) of Allah in the Dunya. Allah (swt) says: إِنَّ الَّذِينَ فَتَنُوا الْمُؤْمِنِينَ وَالْمُؤْمِنَاتِ ثُمَّ لَمْ يَتُوبُوا فَلَهُمْ عَذَابُ جَهَنَّمَ وَلَهُمْ عَذَابُ الْحَرِيقِ “Indeed, those who have tortured the believing men and believing women and then have not repented will have the punishment of Hell, and they will have the punishment of the Burning Fire.” [Surah Al-Buruj: 10]