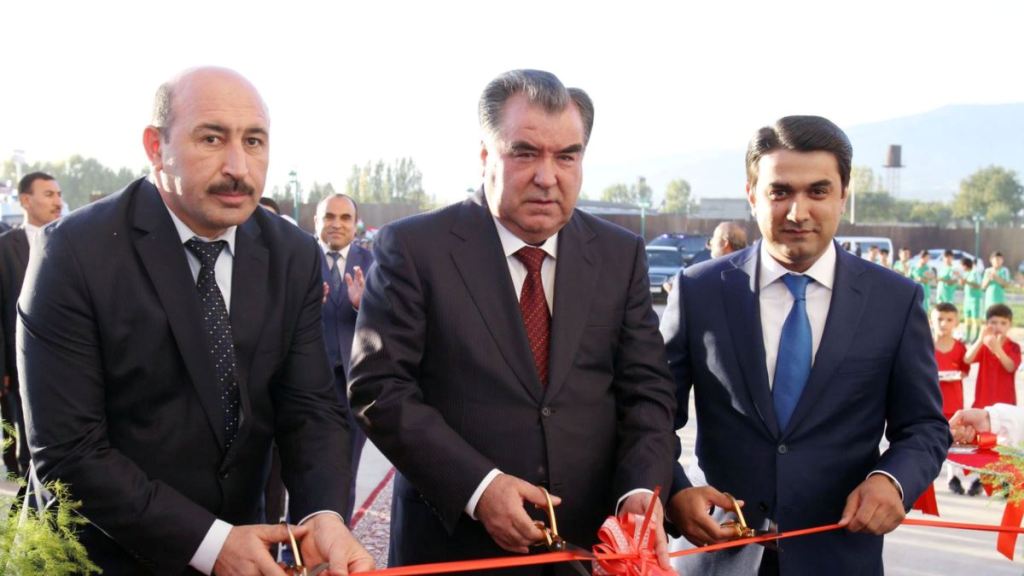 On April 17, Radio Liberty news agency reported on its Internet resource, “Rustami Emomali, a chairman of Dushanbe and the eldest son of the president of Tajikistan, was elected speaker of the Majlisi Milli, upper house of parliament, and de jure became officially the second person after the head of the state.

The practice of transferring supreme power by inheritance is gaining momentum in the countries of Central Asia. The ruler-dictators of these countries have been in power for decades. It was not easy for them to retain power in the country. On the one hand, it is necessary to restrain by force people who constantly want to free themselves from dictatorship and seek to restore the life under the shadow of the Islamic laws. On the other hand, the world community, represented by the patrons of the colonialists, who have established international laws, false slogans about democracy, human rights and freedom of speech, in order to comply with the international requirements and laws, not to be included in the list of dictators with whom no one is friends, and not to fall under sanctions, they have to use cunning, with the help of the rigged elections to show that they comply with the laws of the world community. So tyrants remain in power and continue crimes against Islam and Muslims.

The recent changes to the Constitution of Tajikistan were carried out in 2016. The main changes concerned the supreme authority. If earlier, the president of the country could not be re-elected to the post of the head of the state an unlimited number of times, after amendments to the constitution, this became possible. If earlier the post of the head of the state was limited by the age barrier of 35 years, now it was lowered to 30 years, which will allow the son of President Rustam Emomali to become the head of the state. And among other changes, a law prohibiting the formation of the political parties, the ideology of which is based on the religious views was passed. Everyone knows the history of post-Soviet Tajikistan, which is rich in Islamic political parties that fought for power in the country. Now, not a single Islamic political party has the right to exist in the country, let alone fight for power.

In this way, the president of the country E. Rahmon, hedged his old age. If he remains in power, there will be a son next to him who will support him at any moment. And if he decides to leave power, then naturally it will pass to his heir, who will protect him, and will not let the oppressed, who dream of revenge and punishment of the dictator, be torn to pieces.

The changes in the country’s Constitution have occurred in Tajikistan, Turkmenistan, and Kazakhstan. The first President of Kazakhstan, Nursultan Nazarbayev, introduced a bill to parliament to amend the Constitution to redistribute state power between its branches. Thus, he did so, even leaving the post of the head of the state, he reserved the last decision, and at any time, he could reconsider the president’s decision. President of Turkmenistan Gurbanguly Berdimuhamedov is also preparing a replacement for himself in the person of his son Serdar Berdimuhamedov.

These rulers, who declared themselves the leaders of the nation and defenders of the fatherland, in fact, they do not care about the problems of the people. All they need is the power and wealth of those countries that they have seized by force and deception. The ease with which they change the fundamental laws invented by the very same ones like the Constitution of the country, how they want to transfer power to their children, once again proves that they do not believe the laws that they themselves invented, and even in old age, they do not want to part with power and wealth stolen from the people.

Abdullah ibn Umar said: سَمِعْتُ رَسُولَ اللَّهِ صَلَّى اللَّهُ عَلَيْهِ وَسَلَّمَ يَقُولُ: «مَنْ خَلَعَ يَدًا مِنْ طَاعَةٍ لَقِيَ اللَّهَ يَوْمَ الْقِيَامَةِ لَا حُجَّةَ لَهُ، وَمَنْ مَاتَ وَلَيْسَ فِي عُنُقِهِ بَيْعَةٌ مَاتَ مِيتَةً جَاهِلِيَّةً» “I heard the Messenger of Allah (saw) say: “One who withdraws his band from obedience (to the Amir) will find no argument (in his defence) when he stands before Allah on the Day of Judgment, and one who dies without having bound himself by an oath of allegiance (to an Amir) will die the death of one belonging to the days of Jahillyya.” (Muslim).

Muslims! Almighty Allah has entrusted us with the duty of putting Islam into practice, and without the Khilafah (Caliphate) and the righteous ruler at the head of this state, we cannot fulfill our responsibilities as entrusted to us by Almighty Allah. So hurry up to join the work of Hizb ut Tahrir on the revival of the Second Righteous state of the Khilafah (Caliphate) by the method of Prophethood. And may Allah help us!