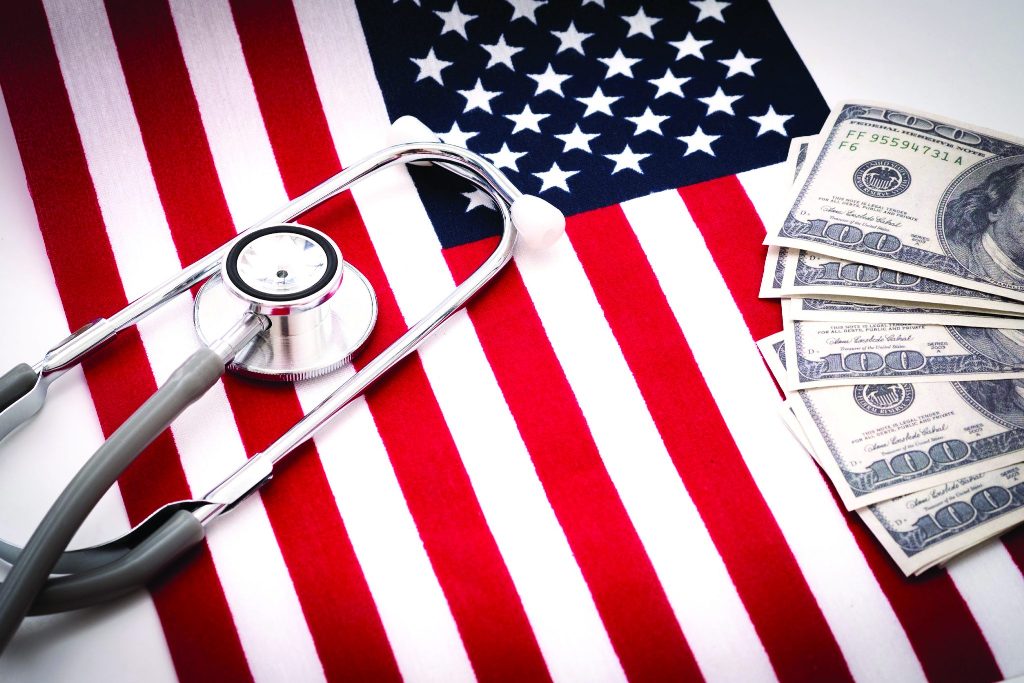 On the 6th April, the UK Guardian website published an article entitled, “Coronavirus is Revealing How Broken America’s Economy Really Is,” where it detailed the severe failings of the US’s health care and economic systems which have led to the country being unprepared to deal effectively with the coronavirus pandemic.

It stated that in America, a state categorized as a ‘developed country’ by the international community, there are only 2.9 hospital beds for every 1000 people, fewer than in Turkmenistan, Mongolia and Libya, and ranking the US 69th out of 182 countries according to the World Health Organisation. It is this large deficiency of hospital beds which is “forcing doctors across the country to ration care under Covid-19, pushing up the number of preventable deaths” according to the Guardian piece. In addition, the US has a higher maternal mortality than Iran; a lower life-expectancy at birth than Chile; and inequality scores which are higher than in Mali and Yemen. The article stated that the US system is one that “does not qualify for the term ‘developed’” and that “Covid-19 has merely shown the cracks in a very successful marketing campaign” regarding the US’s presumed status as a developed nation. Indeed, the US’s desperately poor provision of personal protective equipment (PPE) to its medical workers, and lack of availability of required numbers of ventilators during this pandemic emphasizes the point further.

Many of the failures, insufficiencies and injustices of America’s health care system has been attributed to the fact that it has allowed the provision of medical treatment for its population to be governed and operated primarily by the private sector and under its health insurance model. Consequently, government investment in public health care has been poor, leaving it to market forces rather than active state involvement to determine the American hospital landscape, resulting in many hospitals operating at close to full capacity, even during normal times. It has also led to millions avoiding treatment due to unaffordable medical costs which have landed many with high debts. Hank Aaron, a Brooking Institute health economist stated, “The US health care system has been designed as if, with enormous intelligence and intent, to be as resistant to cost control as possible.” It is not surprising therefore that according to a 2018 study by the Harvard School of Medicine, 45,000 Americans die each year because of lack of health insurance.

Indeed, worldwide, systems are creaking under the pressure of this pandemic that experts warned was coming but governments failed to prepare for, including in many other so-called ‘developed’ states, such as the UK. In fact, three years ago, UK ministers were warned in a ‘major cross government’ test codenamed Exercise Cygnus, which constructed a fictional outbreak scenario, that its National Health Service (NHS) could not cope with a pandemic. However, the results of this exercise, including a shortage of critical care beds, morgue capacity and PPE, were kept secret. Furthermore, the government failed to act in providing the required funds to prepare the NHS for such an eventuality. Rather, in recent years, there has been a chronic underfunding of the NHS, leading to the British Medical Association complaining that a year-round crisis was affecting hospitals due to a lack of hospital beds and medical workers including nurses and doctors due to insufficient investment in training, low pay or over-strenuous workloads caused by poor staffing levels, all of which risks lives. Multibillion-pound cuts to NHS capital budget also resulted in hospitals being unable to purchase new equipment, leading to some radiographers using out of date scanners that produce unclear images which impede correct diagnosis. Other hospitals lack funds to even repair rotten windows or leaking roofs. This is despite the fact that the British government was willing to spend tens of billions of pounds on its vanity High Speed 2 rail project which it argued would boost business profits and the economy.

No doubt, a pandemic of this proportion would most probably strain most health care systems. However, just as states spend billions to prepare their armies for the eventualities of war, surely they should also prepare effectively for public health emergencies. But this will only occur under systems which sincerely care for the wellbeing of their people. Capitalist states have proven time and again that they don’t. In fact, the provision of good quality health care under many capitalist states is viewed as a luxury rather than a basic right of every citizen – rich or poor. The negligence of so-called ‘developed’ capitalist states in providing a well-funded, well-equipped and well-staffed free health care service, as well as their lack of foresight and preparedness for public health crises, while spending billions on bailing out banks and boosting their economies, is indicative of systems whose priority is wealth creation for an elite few, over the wellbeing of their general masses. It truly boggles the mind, how the largest economies in the world are struggling to even provide basic protective clothing to their medical workers.

In stark contrast, the Khilafah (Caliphate), as the System of Allah (swt) is one that genuinely serves humanity. As such, it views the provision of high-quality free health care as a basic right of every citizen, that should be fully funded by the state treasury. It is this viewpoint that made the Khilafah a world leader in the excellence of its hospitals and admired by nations for the quality of its free medical care dispensed to its people. This is exemplified by the Bimaristan al-Mansuri Hospital, established in Cairo in 1283, which had accommodation for 8,000 patients, with two attendants for each patient who did everything for his/her comfort, and which gave them free food and medicine. The constitution of the hospital read, “Its [the hospital’s] duty is to give care to the ill, poor, men and women until they recover. It is at the service of the powerful and the weak, the poor and the rich, of the subject and the prince, of the citizen and the brigand, without demand for any form of payment, but only for the sake of God, the Provider.”