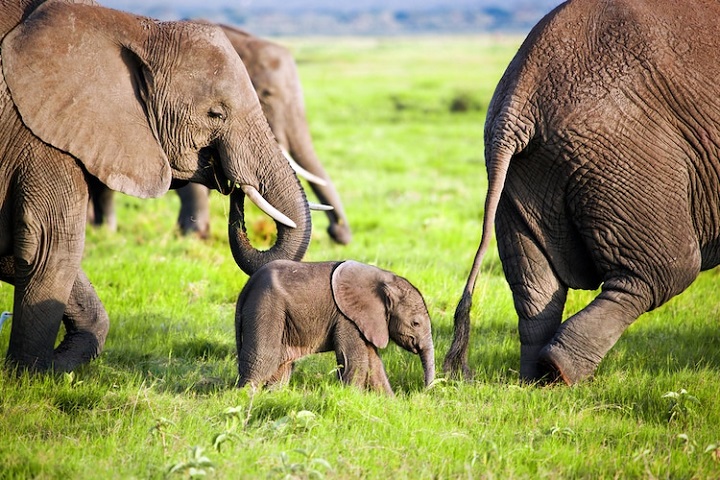 Kenya: Mandera County leads with the highest fertility rate of 8, followed by Marsabit County at 7, Wajir at 6.7, Turkana at 6.4, West Pokot at 5.6, Samburu at 4.9 percent. On the other hand, Nairobi County leads with the lowest fertility rate of 2.5, followed by Nyamira, Kirinyaga and Kiambu Counties all three each at 2.7, Makueni at 2.8, Meru, Tharaka-Nithi, Embu and Mombasa and Nyeri Counties all five each at 2.9. That is according to the latest Economic Survey for 2022 conducted by the Kenya National Bureau of Statistics. In addition, the survey stated that the TFR at the national level declined from 4.8 births in 2009 to 3.4 births in 2019. (The Star, Friday, 6 May, 2022).

Comment:
This latest survey is just a drop in the ocean in comparison to the global statistics. The global TFR statistics of 2022 paint a grim picture of social collapse and deeply entrenched social decadence as a result of the implementation of contemptible capitalist policies. Catastrophic lower TFR is experienced in most countries from Europe and East Asia. Some of the said nations are South Korea its TFR is at 1, Hong Kong and Singapore each at 1.1, Macau and Malta each at 1.2, Italy, Spain, Ukraine, Moldova, Bosnia and Herzegovina, Cyprus and Andorra each at 1.3, Japan, Greece and Portugal at 1.4 etc. (World Population Review, 2022).

Earlier in July 10, 2020, the Population Reference Bureau (PRB) released the 2020 World Population Data Sheet report. Partly it stated that, “in 91 countries and territories—nearly 45% of the world’s population—total fertility rates are below replacement level, the average number of children at which a population exactly replaces itself from one generation to the next in the absence of migration. And in 21 countries and territories, including several that have suffered devastating loss during the COVID-19 pandemic, people ages 65 and older account for at least 20% of the population.”

Some of the capitalist policies noted for the cause in lower TFR are urbanisation, increased adoption for gender equality, increased number of women accessing contraception methods, women seeking education and employment opportunities across the world. On the other hand, the reasons mentioned for higher TFR is due to inadequate efforts by democratic regimes to fast-track policies that champion gender equality, women’s access to contraception methods, education and employment opportunities amongst others.

The above reasons are true in relation to the fact that they are all extrapolated from the liberal value social system that prioritizes personal freedom. Furthermore, humanity’s value in Capitalism is considered from the viewpoint of their economic productivity. Hence, it is unsurprising to witness immeasurable social decadence in the name of seeking women empowerment and general economic emancipation. The 21st century is considered the century of cut-throat competition between the gender for fewer career opportunities. Indeed, the opportunities are fewer as a result of the existing monopolization of the world’s resources (wealth) by a few capitalists via their conglomerates that have captured and micro-manage all the democratic governments globally.

Today giving birth or having children is considered a socio-economic burden since most people prefer to live their life as if they are birds moving from one nest to another in the name of enjoying their unlimited personal freedom. Therefore, people engage in fornication with no worries for accountability as long as they mutually consented. Fallacious slogans have permeated the society such as ‘my dress my choice, my body my choice, my womb my choice,’ etc. Social chaos is the order of the day where if children are given birth, they are used for financial extortion! Family units are in ruins with children facing the social brunt!

It is imperative to note that there is NO nation throughout the world, that does not suffer from this lower TFR crisis. It is one of the major crises facing the nations irrespective of being from the so-called first, second or third world. In capitalism, women’s value is based on their sexual utilization in economic production. That is contrary to Islam, where women are honoured with the role of nurturing generations of Islamic enlightened scholars, rulers and soldiers in the cause of Allah (swt) and His Prophet (saw). In the upcoming reestablished Khilafah (Caliphate) on the method of Prophethood, women’s honour will be restored to their former glory as it were before the destruction of the Khilafah on 28 Rajab 1342 AH (3 March 1924 CE). InshaAllah