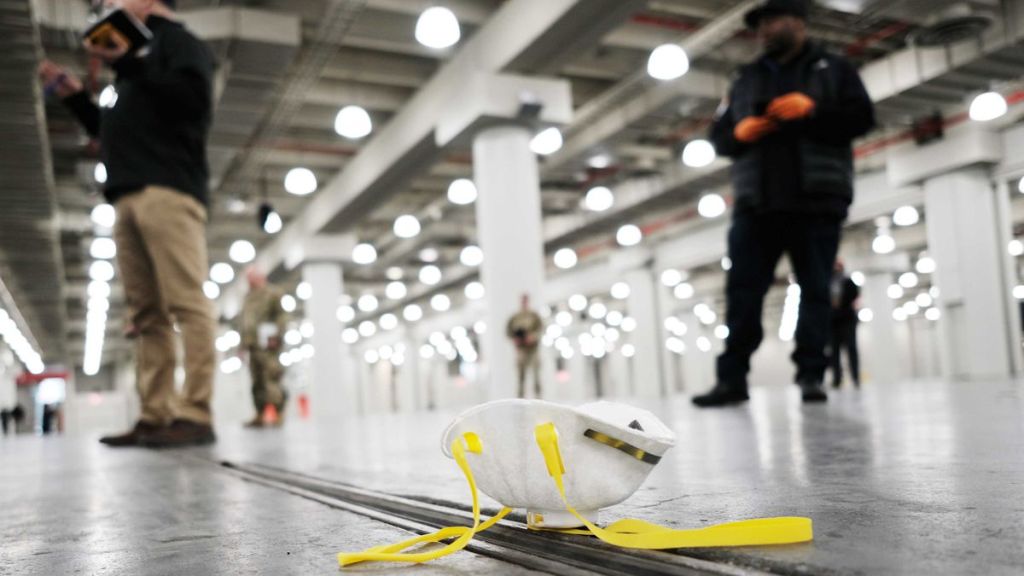 The Washington Post reported on the 20th of May a “dire shortage of personal protective equipment for health-care workers” in the US, with nearly two-thirds citing “insufficient supplies of the face masks that filter out most airborne particles.” The UK also continues to experience shortages with the BBC reporting on the 15th of May that “more than 100 healthcare workers” have raised “concerns about Covid-19 and PPE” since the beginning of March.

The shortage of personal protective equipment (PPE) has had a profound effect far beyond the high infection rates and needless deaths of front-line health care workers. The lack of PPE has surely contributed greatly to the spread of Covid-19 in the general population, and this has been over-looked by the media. From the beginning of the worldwide spread of this virus, it was obvious that face masks were of value in slowing the spread, but false guidance was issued by the WHO and national health authorities about them, such that until recently, wearing a facemask was widely castigated as a selfish act that would deprive health care workers of scarce PPE. Rather than manufacture sufficient PPE, Western governments told their people that it was only needed by health care workers. This was criminal misinformation, as it disguised political failings with a veneer of science and WHO authority. Once the virus started spreading in communities the wearing of masks by the general public, along with maintaining a degree of physical distancing, would have greatly reduced its spread and subsequent death toll, and would also have made it unnecessary to completely shut-down economies.

Much was made of the delay in reporting the human to human spread of Covid-19 by the Chinese authorities and the whistleblower doctor Li Wenliang became an international martyr when he contracted and died from the virus that he was told not to tell the world about it. However, he is not the only doctor to have been silenced. BBC Newsnight, for example, reported how one UK doctor told them that he was “hauled … up in front of a panel of senior managers – it was very, very intimidating”, and told to stop making a fuss. “It’s very, very concerning that we can’t even say our colleagues have died, please don’t let us be next,” he said.

Free market principles have clearly failed when the US and the UK lack the manufacturing capacity to make simple pieces of cloth and plastic PPE to protect their people. The same is true for testing kits, medicines and vaccine production. A responsible statesman would reject the concept of purchasing the cheapest products in a global market at the expense of self-sufficiency.

Capitalism’s great achievement is claimed to be its massive production capability. It has been said that humanity is so lucky to have Capitalism because we have so much stuff, even though we don’t need it and end up throwing most of it away and devastating our own planetary environment to such an extent that global disaster had seemed to have been looming before Covid-19 came to give us something else to panic about. Some may say that capitalism gives us what we want, rather than what we need, but it is worse than that of course, as Capitalism creates our wants for us. This mindless ideology had so much inertia, and democracy was so enslaved by ‘market forces’ that politicians have been unable to take control, but added to that, even when companies tried to supply the demand for PPE many found insurmountable bureaucracy stopping them.