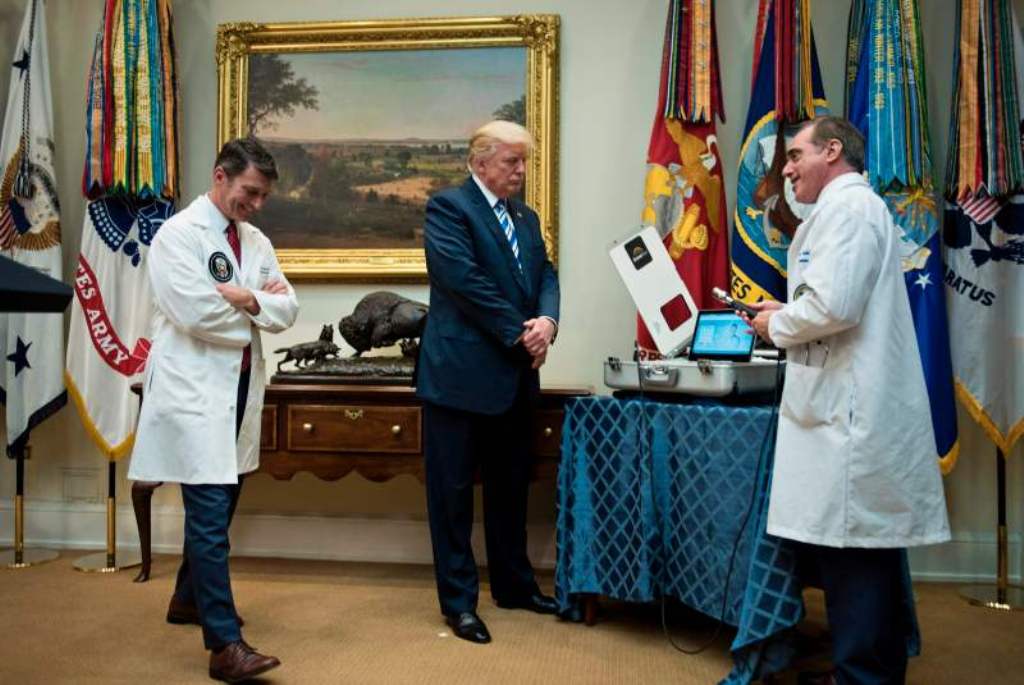 “Donald Trump was warned at the end of January by one of his top White House advisers that coronavirus had the potential to kill hundreds of thousands of Americans and derail the US economy, unless tough action were taken immediately, new memos have revealed.” (Source: The Guardian)

Two days after the first diagnosis in Washington state, Donald Trump went on air on CNBC and bragged: “We have it totally under control. It’s one person coming from China. It’s going to be just fine.” It was not until 29 February, almost six weeks after the first case of coronavirus was confirmed in the country that the Trump administration put that advice into practice. Laboratories and hospitals would finally be allowed to conduct their own COVID-19 tests to speed up the process. Those missing four to six weeks are likely to go down in the definitive history as a cautionary tale of the potentially devastating consequences of failed political leadership. Today, over 400,000 cases have been confirmed across the US. (CDC, April 10, 2020)

“The US response will be studied for generations as a textbook example of a disastrous, failed effort,” Ron Klain, who spearheaded the fight against Ebola in 2014, told a Georgetown University panel recently. “What’s happened in Washington has been a fiasco of incredible proportions.” Jeremy Konyndyk, who led the US government’s response to international disasters at USAID from 2013 to 2017, frames the past six weeks in strikingly similar terms. He told the Guardian: “We are witnessing in the United States one of the greatest failures of basic governance and basic leadership in modern times.”  The president, with more than half an eye on the New York Stock Exchange, has consistently talked down the scale of the crisis. On 30 January, as the World Health Organization was declaring a global emergency, Trump said: “We only have five people. Hopefully, everything’s going to be great.”

Over a normal two-week period, we’d expect around half a million U.S. workers to file claims for unemployment insurance. Over the past two weeks, we’ve seen almost 10 million filings. The US facing an incredible economic catastrophe as is the rest of the world. The question is whether they are ready to deal with this catastrophe. The indications are that the whole capitalist world may be handling fast-moving economic disaster as badly as they handled the fast-moving pandemic that’s causing it. The news is that the $2 trillion CARES Act (Coronavirus Aid, Relief, and Economic Security Act) Congress passed last week does, on paper, provides a lot of economic life support. The bad news is that it looks as if it could be weeks, maybe even months, before serious amounts of money flow to those who need aid right now.

As a leader of democratic nation, it has failed. The self-centered and mean Capitalist system closed its door to the world and turned its back on the needy. US congressional representatives knew the danger was coming but sold millions of dollars of their potential stocks and shares before the US stock market plunged to historic low. They received Senate committees’ briefings of danger of COVID-19 but told the country that everything is under control when it was not. The New York Times said about the cowardly representative that, “They could made a difference, but they made a profit!” and this is the story of every single country whose affairs are run by man-made Capitalist system, Capitalism exploits the people and democracy panders to their whims regardless of the cost and in the context of current pandemic as usual very little has been done for the people except making profit for 2-3% powerful elite of the world.

The capitalists have dealt with this issue in three stages: the first is to conceal the subject, second is quarantine and partial lockdown and third is almost complete isolation in homes. By organizing these three treatments, it turns out that they do not solve the problem, but rather they increase the failure of the economy further, then it increases this disease and the boredom and impatience that afflict people, as we have heard about cases in Capitalist societies.

Therefore the correct treatment for this disease is as stated in Allah’s law, that the state follows the disease from its beginning and work her heart out and brings forth all her resources to limit the disease to its origin and the healthy people on other regions/cities continue to work and produce.

According to the hadith narrated by Bukhari from Usama bin Zaid from the Prophet ﷺ that he said, «إِذَا سَمِعْتُمْ بِالطَّاعُونِ بِأَرْضٍ فَلاَ تَدْخُلُوهَا، وَإِذَا وَقَعَ بِأَرْضٍ وَأَنْتُمْ بِهَا فَلاَ تَخْرُجُوا مِنْهَا» “If you get a wind of the outbreak of the plague in a land, do not enter it and if it breaks out in a land in which you are living, do not leave it.” The state in Islam has to restrict the disease to its place and its residents remain in the area while other residents do not enter upon them and to perform its Shariah duty since it is a state of care and honesty.

Thus, the correct procedure is to isolate the infectious disease in its place and quarantine the sick and provide a follow up with care and treatment free of charge, while the healthy continue to work and the social and economic life continue to work unlike today’s paralyzed life. They are not isolated in their homes causing economic life to paralyze, increasing the crisis and having other problems arise.