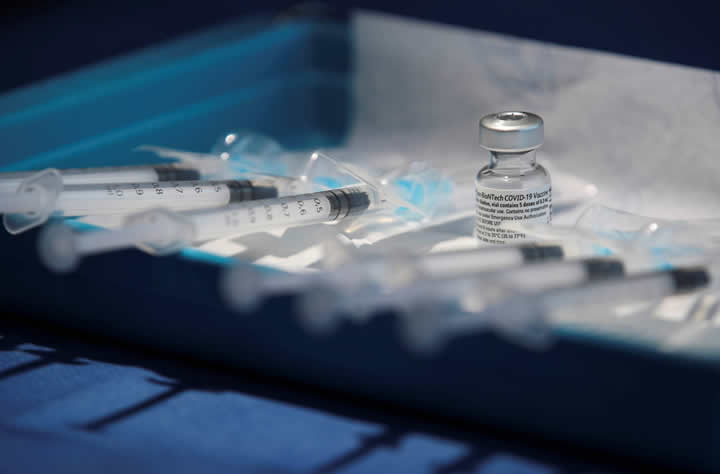 “Japan to discard millions of Pfizer vaccine doses because it has wrong syringes,” according to a Guardian headline from the 10th of February, 2021. The Guardian also said that the US and the European Union have the same problem, and warned that this would result in “strong competition to quickly secure additional supplies.”

Comment:
Scientists have given big pharmaceutical companies the knowledge to produce vaccines to protect the world from Covid-19, but these companies cannot produce them fast enough. Now the failure to produce enough syringes capable of getting the residual sixth dose of vaccine from each vaccine vial represents the latest of many failures in production highlighted by the pandemic. Should we, therefore, praise Capitalism for its success, or curse it for its failure?

The capitalist countries vaunted their wealth and productive capacity as a measure of the success of their way of life. As if they had reached a pinnacle of evolution, they called themselves the first world, or even the developed world, to differentiate themselves from the so-called third world or under-developed world. They challenged any doubters to consider the explosive economic growth that began in the era of Adam Smith’s free market economics. Year by year, the world’s production is increasing faster and faster, but if the world’s wealth has increased, has man become richer in equal measure?

Despite burning the precious and limited resources of the planet and putting them into people’s hands for a short time followed by returning them back to the environment as pollution of various types, many essential needs of man are not met. The price mechanism was supposed to guarantee these needs, but it clearly does not. Hence, at the beginning of the pandemic, factories closed while the surgical masks that could have stopped the spread of the pandemic were not produced or mandated in most countries because of lack of supply. While the science enabled production of effective vaccines, factories that should have been built all over the world for their production have not been licensed, and the wealthy capitalist countries acte like belligerent pirates to get exclusive rights for themselves. The furious recriminations between the UK and the European Union over the Astra Zeneca vaccine is one example of that.

When Allah Subhanahu wa Ta’la sent messengers to a people he would send them with challenging signs to beat them at their own game, and he sent Musa, peace be upon him, to Pharaoh with the sign of a wooden staff. When the best of Pharaoh’s magicians conjured up the appearance of terror to intimidate the prophet, Musa threw his staff before the magicians and it consumed their magic and they believed.

“And We revealed to Moses: ‘Throw down your rod!’ And behold, it swallowed (all) that they falsely had invented.”[Surah Al-‘Araf: 117].

Muhamad, peace and blessings be upon him, is the last Messenger and his miracle was the Quran that challenged the Arabs of the time and established revelation as the eternal source of guidance for man in organizing his life’s affairs. This guidance has been neglected in the Book for one hundred years while false prophets have bewitched humankind with the promise of riches and prosperity for all, even though these are concentrated in the hands of the few. It is time for all to see that the system of life built upon greed and the price mechanism fails to produce what man desperately needs, and wastes the resources of the planet producing what he does not need. In Islam, free enterprise is encouraged, but at the same time industry is governed by the policy set by the Amir of Jihad, while the people are true partners in its benefits whether they be rich or poor.