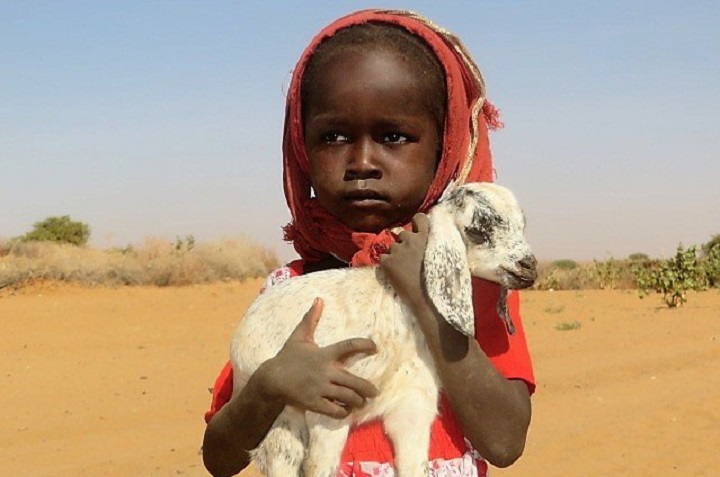 The authorities in North Darfur launched an investigation into the death of two children from starvation in one of the districts of El Fasher, the state capital, two days ago. In a statement from Save the Children on Wednesday claimed it “is urgently calling on the international community to prioritize the humanitarian response in Sudan and provide desperately needed food, along with longer-term development assistance for children and their families impacted by the crisis” (Nabd, 10/6/2022). Why is this happening in a country called the world’s food basket, and its bounties are abundant, both the visible and the hidden.

The problem is in the adoption of the capitalist system, whose creators did not seek to meet the needs of people, one by one, to satisfy them with a system that guarantees this. Rather, they searched the goods and services in relation to needs; they said that it is the problem of man, i.e., the insufficient number of goods and services for the unlimited needs of man, and that it is the economic problem of society. For them, the problem was the relative scarcity of the needs. The inevitable result is that a person will not satisfy his needs, or satisfy them partially, so the loaf of bread is either eaten by me or by you!

The capitalist system imposed by international institutions is an inhuman system that lacks a way to distribute wealth among people, one by one, and as a result they made the price the regulator in the distribution of wealth, i.e., it the one who gets an opportunity to possess the factors of wealth production and attains its price, he will obtain wealth and will fulfill his needs, and whoever did not receive the price he will not obtain wealth. Thus poverty, hunger and unemployment were the inevitable results of the capitalist system that is dominating the world today, led by America.

The responsibility lies with rulers who implement capitalist policies, in compliance with the decisions of the World Bank and the International Monetary Fund, the two main tools of capitalism to kill the poor by starvation and anxiety. The rulers have failed to provide security and prosperity to people all over the world. The earth was planted with poverty, disease, wars, hunger and destruction.

Islam solves the problem radically with a valuable economic policy, by enabling all people, each and every individual, to satisfy their basic needs. It opens the way for them to satisfy their luxuries. Islam in its economic system focuses on the distribution of resources and wealth in a way that guarantees the satisfaction of the basic needs of the members of society one by one. It is not surprising that you find among the Caliphs and rulers of the Muslims those who swore to kill poverty in order to revive the poor.

Islam fought hunger, and actually eliminated it when it prevailed and was implemented. It urges the individual to earn, seek and strive for sustenance, and it imposed alimony (nafaqa) on his heirs if he was unable, and then on Bait Al-Mal (State Treasury). Capitalism creates hunger and the hungry, while Islam addresses the problem of poverty and protects the poor.