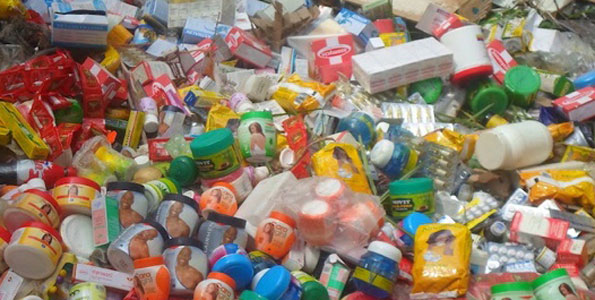 Tanzania and international media outlets reported on the allegation made by Wawi MP, Ahmed Ngwali, on May 11, 2018 in the National Assembly that the government has failed miserably to prevent the importation of fake goods. He further pointed his fingers towards security apparatus saying that without their participation this importation would be incredible difficult.

Fake imported goods in Tanzanian and elsewhere in the world is a deep rooted problem with no ideal cure as far as the capitalism system is implemented.

This is because the system itself creates a mechanism for evil and fraud to persist. Shocking research findings, which was commissioned by confederation of Tanzania industries in the year 2016, reveal that at least 50% of goods imported in Tanzanian are fake.

These shameful findings resulted from interviewing 250 consumers countrywide plus 47 manufacturers and combined the primary and second data.

Regarding the entry point for the fake goods, it includes ports, airports and porous border.

Fake goods and counterfeit ones are the global crisis which affects companies, industries and consumers. This is one of among many bitter fruits of implementing detrimental capitalism/democratic system where its benchmark is profits and neglecting any other outcomes even harm.

As long as manmade systems exist, human whims would dominate and a true sense of fearing of Allah (swt) would disappear. In that case, it is not expected for state officials to possess a degree of accountability, integrity and moral standard.

Once Islam is implemented under the Khilafah State (Caliphate), it will resolve the issue of cheating, fake goods, and counterfeit problem once and for all.