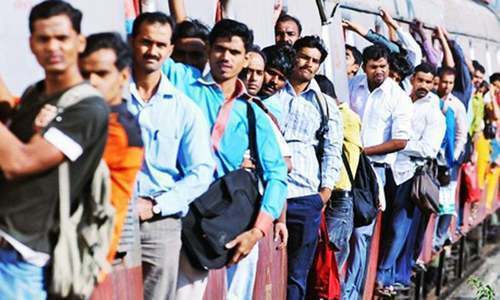 As youth, we all think about our dream, about their future- we think about our future education, work, residence, and family. We set goals for ourselves and then work hard to achieve them. The problem is that setting these goals doesn’t mean that we’ll actually achieve them and have a stable future. The developed world is struggling, and the developing world has always struggled.

In the past, the youth found ways of creating a stable future for themselves (even if they faced hardships along the way). This isn’t the reality anymore. It is no longer as simple as having a dream, setting goals, and working hard to achieve them because the societies we live in, whose systems are supposed to support and facilitate us, are failing us.

In 2016, the International Labour Organization revealed that the global number of unemployed youth is set to rise by half a million, reaching 71 million (UN). One billion young people are going to enter the work force in the next decade but a lot of them will have to face irregular and informal employment (Planinternational). Specifically in Pakistan, youth unemployment is a pressing issue with the rate being between 5.7 and 6.5 percent over the last 10 years (Pakistan Bureau of Statistics, 2019) and in 2018, ‘over 500,000 graduates in Pakistan were unemployed’ (Dawn News). The crisis has made the situation even bleaker as the impact of the virus, along with the government’s measures to prevent the spread, is being felt.

Currently, the world has the largest generation of youth and young people- with 1.8 billion people being between 15 to 35 years old. The global recession is expected to result in a loss of millions of jobs, and the youth will continue to be affected the most. Especially as economic shutdowns have left millions out of work; with young people, women and less-skilled people being amongst the worst affected. (Source: Worldfuturecouncil).

The current system is failing us.

The cracks have started to show. Economists were predicting an economic crisis long before COVID. Sure, there’s a possibility that the economic crisis was made worse due to the lockdowns that followed this health crisis. But we shouldn’t stop our thought process there.

We shouldn’t allow the governments and various organisations to distract us and stop us from looking beyond the narrative that COVID is the reason for all the problems. Capitalism is the problem- it’s a flawed system.

We are promised a stable future based on the ideas and laws of the current systems. When problems arise we are encouraged to study and to think about them and how to solve them- up to a point. We are expected to find the solutions for any existing problem we face from within the Capitalist system. Any attempt to allow our thinking to creativity flourish outside of that is stifled. It is like being trapped in a box- a thought box, where we are stopped before we think about the real cause of the problems we face, and any solution which is an alternative to Capitalism.

We are angry at the education system for not helping us to prepare for the future; we are not angry at the system for limiting our thinking to only seeing the current system as a source of possibilities that we have in the future. Why? Because if we start to think more deeply and creatively, going outside of the box that we’re confined in, we would realise the real weakness of the current systems and we would look for alternatives. If we are taught to think freely, we will look for solutions outside the capitalist system. And that’s the trap- the current system works to ensure we always rely on it, to ensure its survival.

Now, the question is, do you want to keep depending on a system that has failed. Do you want to risk your future on ideas and laws which have not solved problems, but created them? Or would you like to look deeper, understand the real cause of the problems, and work towards bringing change?

If your answer to this question is yes- remember that in order to change the future, we need to change the system. For too long the power elites in western countries, who depend on the Western governments for their continued control over our lands, have deceived us with promises of changes in the Ruler, or adaption in some laws. The Arab Spring, along with all the numerous other protests across the world, showed us that real change cannot come without a complete comprehensive change.

Islam provides us with a solution- it is not just a religion, with rulings on individual actions. It has a comprehensive system- with an economic, political, social and education system that rivals Capitalism and ensure that the basic rights of its citizens are fulfilled and their future is secure.