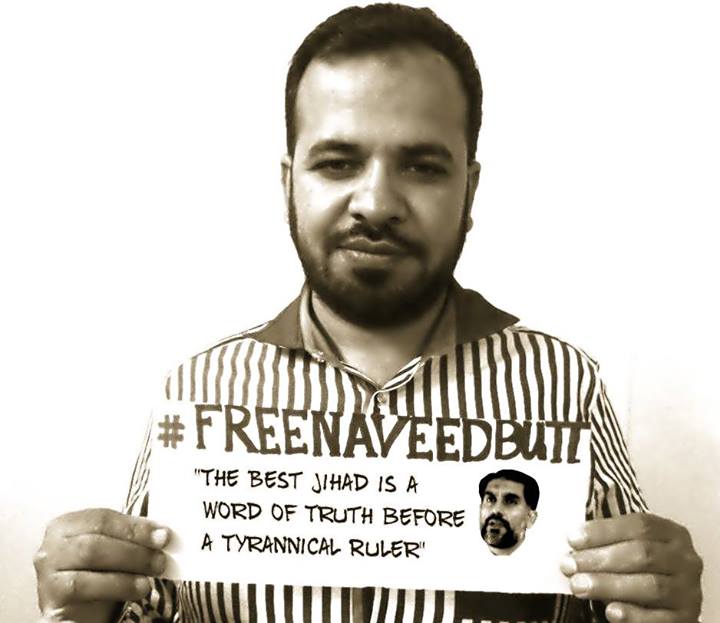 This 11 May 2022, is exactly ten years since Naveed Butt was forcibly abducted by Pakistan’s security agencies from outside his Lahore residence, as witnessed by his children and neighbors. It is indeed painful to realize that the four children of Naveed Butt have been deprived of their loving father for ten years. An electrical engineer by profession, Naveed Butt is the Official Spokesman of Hizb ut Tahrir in the Wilayah of Pakistan. For over a decade, Naveed boldly raised his voice for the liberation of Pakistan from American colonialism, through the only practical and sure method for that, the re-establishment of the Khilafah (Caliphate) on the Method of Prophethood. Pakistan’s rulers keep Naveed in abduction, whilst having extended all manner of compassionate facilities to the Indian spy Kulbushan Jadhav. Is it not time to release Naveed when Pakistan’s Commission of Inquiry on Enforced Disappearances has issued a production order, on 4 January 2018, with the reference code ColoED ID No. 860-P?

Call for the release of Naveed Butt, who called for the unification of the Muslim World as one powerful Khilafah state!
On 14 December 2003, Naveed Butt stated, “Instead of establishing the Khilafah, merging the Central Asian states into it, the rulers are erecting walls on the Durand Line, whilst calling for open borders with India, a state that kills its own Muslim citizens.”

Call for the release of Naveed Butt, who called for ruling by all that Allah (swt) has revealed!
On 21 February 2008, Naveed Butt stated, “It is essential to end the Democracy spectacle forever, so that the Khilafah is established, leaving no door open for laws to be made to secure colonialist interests, because the laws of Allah (swt) then become the law of the land decisively.”

Call for the release of Naveed Butt, who called for the liberation of occupied Muslim Lands!
On 17 February 2005, Naveed Butt stated, “Kashmir can only be liberated from Hindu occupation by undertaking Jihad through a powerful and professional army.”

Call for the release of Naveed Butt, who called for Dawah and Jihad to establish the dominance of the Deen of Truth!
On 9 October 2009, Naveed Butt directly addressed Pakistan’s armed forces declaring, “You are the largest Muslim military power from Central Asia to the Indian Ocean. It is you who have to take care of the Muslims of this region. Arise to give Nussrah to Hizb ut Tahrir to re-establish the Khilafah and attain the title of Ansar-as-Thaani (the second Ansar) in the pages of history. Indeed, it is great success for this world and the Hereafter.”

Call for the release of Naveed Butt through all forums that are available to you!