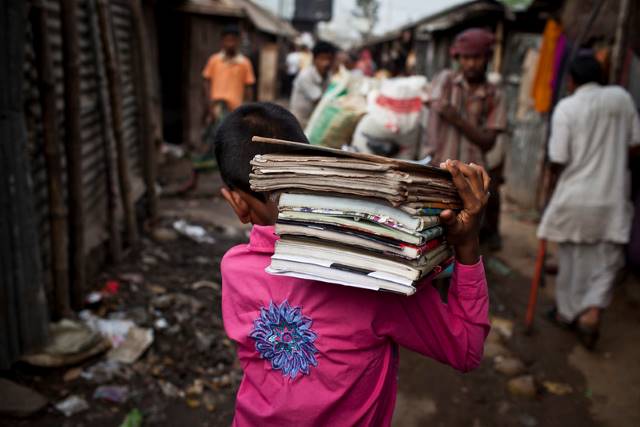 When the people of Bangladesh are suffering from intolerable economic and social misery, the United Nations (UN) gave final recommendation for Bangladesh’s graduation from the group of the Least Developed Countries (LDCs) to a Developing Nation, which astonished the people. This recommendation comes as a legitimacy for the tyrant Hasina to continue plundering people’s wealth and money in the name of so-called development. The aggrieved common people have already rejected Hasina’s ‘historic achievement’ as they witnessed that this achievement is only meant for her regime’s corrupt politicians and crony capitalists. This recommendation is brought at a time when poverty doubled to 42 per cent in December 2020 from 21.6 per cent in 2018 (The Financial Express, January 24, 2021). When a huge number of people lost their income and employment, were forced to return to villages and are surviving on their savings due to the Covid-19 fallout, some 3,400 people have managed to enter the millionaires club in Bangladesh during Covid-19 crisis. Zalim Hasina has let the corrupt elites feast on the miseries of the poor and unprivileged people in order to accumulate more and more wealth. Corrupt capitalists are easily escaping the liability of bank-loans in Hasina’s ‘changed’ Bangladesh, but the common people are compelled to choose the path of suicide due to the acute pressure of unpaid debts, starvation and poverty. People are brutally suppressed when they raise their voice against Hasina’s tyranny and her regime’s systematic economic oppression. The people of the country witnessed how a 9th grader teenager was taken to police custody immediately for criticizing Hasina’s for oppressive VAT on mobile call rate. One would end up either in jail under the Digital Security Act without being granted bail or would die in prison like the unfortunate case of the writer Mustaq Ahmed who was in jail for nine months over a Facebook post. So when people are desperately seeking change from this oppression and misery, the Kafir Colonial West has endorsed Hasina regime’s false development narrative through their tool, the UN. Since these criminal colonialists have their own heinous geopolitical and economic interests in this region, they will naturally reinforce their puppets along with their capitalist system, which is the cause of our socio-economic sufferings. This UN recognition gave Hasina a breathing space especially after the great embarrassment caused the coverage of her regime’s corruption in the international news media. By turning a blind eye towards people’s sufferings, she will shamelessly continue bragging about her government’s pseudo-development and so-called success. So, how many proofs do you need to comprehend that this evil capitalist system and the puppet rulers are far away from you?

O People! After the destruction of Khilafah (Caliphate) in 1924 by Kafir Colonialist, Britain, with the collaboration of secular Kamal “Ataturk” this Capitalist system and the puppet rulers were imposed upon us. We cannot get rid of this perpetuating socio-economic misery and oppression unless these western-backed oppressive rulers and their toxic capitalist system are uprooted. We urge you to rush to bring back the ruling system of Islam- the ruling of justice, the promised second Khilafah Rashidah (rightly guided Caliphate) on the method of Prophethood, to the reality of life so that again we can enter the new era of true welfare and prosperity. Only by reestablishing the Khilafah State, can we hope for rulers like Omar (ra) who provided daily payments from the Bayt al-Mal to an old and poor Jew by stating: “By Allah, it is against the norm of justice that we take Jizyah (a tax on Non-Muslims) from them when they are young and healthy, and leave them uncared for when they are old.” 1300-years of history are witness that all the citizens of the Khilafah State irrespective of their race and religion were fed, clothed and sheltered properly even during the trying times of the Khulafah.