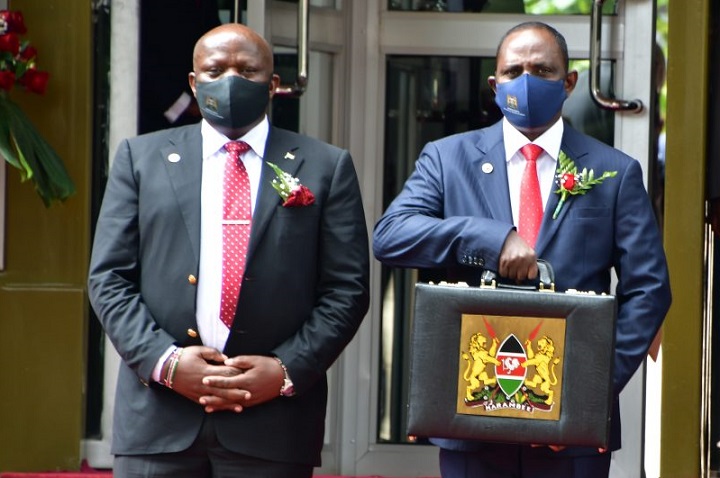 On Thursday, 10th June 2021, the Cabinet Secretary for Treasury Ukur Yatani tabled the Ksh.3.632 Trillion spending plan for FY2021/2022. The Budget seen has the largest in Kenya’s history with a deficit of about Ksh 1.2 Trillion. The Ksh 1.97 Trillion of the budget will be collected through taxation while Ksh.1.63 coming from Loans and Grants. Kenya Revenue Authority projects to collect Ksh.835 Billion with the Value Added Tax projected at Ksh 472.9 Billion and Excise Taxes estimated at Ksh 241 Billion.

The budget is unveiled at a time when ordinary Kenyans are furious over Ksh 255 Billion loan received by Nairobi from IMF meant to bridge the current fiscal deficit. This has seen Kenya commit more than half of taxes to paying loans in recent years. It is crystal clear that the 2021/2022 Budget like any other within capitalist governments is meant to punish the millions of Kenyans to dig deeper into their pockets while experiencing high inflation which has tripled the prices of basic commodities such as wheat flour and cooking fat! This is indeed a product of flawed system of Capitalism which institutionalizes interest-based monetary system leading into huge credit bubbles and burdens as well as rising the ceiling debt. Apparently, IMF and World Bank authored budgets bring more economic miseries to the country making it an economic hostage.

Contrary to Islam, where taxes are not considered as continuous incomes; Capitalist budgets make the bulk of the expenses dependent on excessive taxes while its deficit compensated from loans and grants. It is in this regard, the Capitalist budget statements undoubtedly contain lines of severe pain to the common citizens but frivolous expenditure and exaggerated figures that will most likely gulp billions of shillings.

The Khilafah (Caliphate) State, which by the will of Allah (swt) its re-establishment comes closer day by day, will not waste time in the public relations exercise of tabling annual budgets since its revenues and expenditures are divinely revealed and fixed. It will not impose taxes on people’s salaries (PAYE) or normal income (income tax); rather it has its specific sources of public revenue including natural resources e.g. mineral resources to meet the needs of citizens without harming the common man. Upon its re-establishment, the Khilafah will liberate the world’s population from excessive tyranny and endemic poverty by the will of Allah.