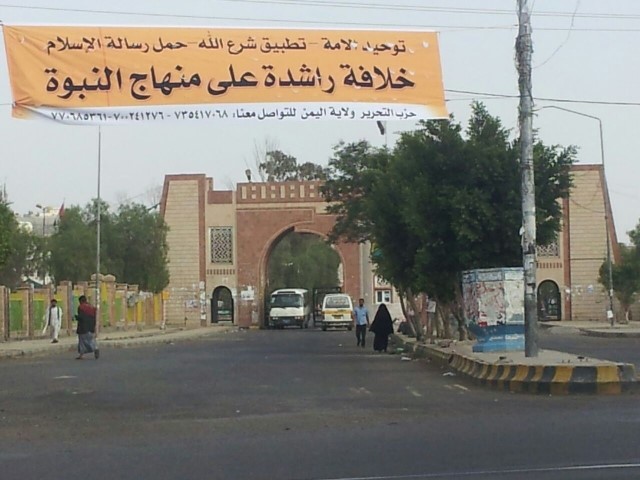 Hizb ut Tahrir / Wilayah of Yemen announces that the Ameer of Hizb ut Tahrir eminent scholar Ata Bin Khalil Abu Al-Rashtah has relieved Brother Abdul Mu’min az-Zaila’i from the post of Head of the Media Office of Hizb ut Tahrir in Wilayah of Yemen, due to the circumstances of Brother Abdul-Mu’min stated in his letter on 20/05/2019. Therefore, Brother Abdul Mu’min has stepped down from the “horse” of being on charge of the Media Office in Wilayah of Yemen, after spending years on its post carrying the good by holding press conferences and issuing press statements inside the Wilayah of Yemen always to show what affects the Muslims’ lives from the Ahkaam of Islam and its thoughts emanating from the doctrine of Tawheed, revealing the poison of the print and audio-visual media that instill the laws and thoughts of the capitalist civilization based on the separation of Deen from life, secularism. And exposing the West’s capitalist plots and its schemes against Islam and Muslims by showing the fallacy of its thoughts and its falsehood in front of their people and in front of the Muslims whom they target, as well as exposing the rulers, the agents of the Kafir West, showing their betrayal to the Ummah.

In addition to the participation of Brother Abdul-Mu’min along with his brothers like him in various Islamic countries and the world whose efforts will not stop until they are crowned by the victory by Allah’s permission, Allah (swt) says: إِنَّا لَنَنصُرُ رُسُلَنَا وَالَّذِينَ آمَنُوا فِي الْحَيَاةِ الدُّنْيَا وَيَوْمَ يَقُومُ الْأَشْهَادُ “Indeed, We will support Our messengers and those who believe during the life of this world and on the Day when the “witnesses will stand” [Ghafir: 51].

Allah (swt) says: وَيَوْمَئِذٍ يَفْرَحُ الْمُؤْمِنُونَ * بِنَصْرِ اللَّهِ يَنصُرُ مَن يَشَاءُ وَهُوَ الْعَزِيزُ الرَّحِيمُ “And that day the believers will rejoice * In the victory of Allah. He gives victory to whom He wills, and He is the Exalted in Might, the Merciful” [Ar-Rum: 4-5].

By the establishment of the second Khilafah Rashida (Righteous Caliphate) on the method of Prophethood, the glad-tiding given to us by the Prophet ﷺ.

We in Hizb ut Tahrir / Wilayah of Yemen attach our dua to that of our Ameer’s statement, containing the decision to relieve Brother Abdul-Mu’min, stating: (I ask Allah (swt) to reward you with the best for your good efforts during your tenure as Head of the office, as I ask Allah to grant you success in your new work).