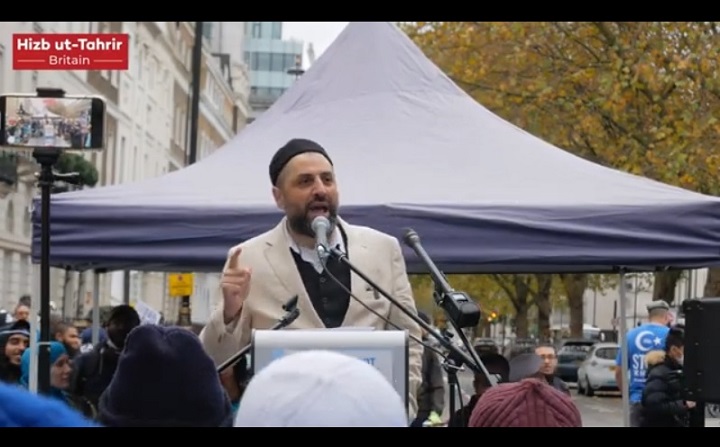 Members of Hizb ut Tahrir/ Britain participated in a stand in support of Uyghur Muslims in front of the Chinese Embassy in London, and the Chinese Consulate in Manchester, on Saturday 13/11/2021. A group of leaders from the Muslim community reminded them that the Muslim Ummah is one and their affliction is one.

First, that the Uyghurs of East Turkestan are one Ummah and that we ache for their pain. Second, we have shown the lies and claims of the West, especially America in liberating and removing oppression from them. The truth is that China is following in their footsteps by colonizing and oppressing people. Third, a message was sent to China that Muslims are not of a small number nor are their natural resources and equipment but the oppression that we face is from a lack of a sincere political leader and that this reality will not last nor will it be forgotten.

Thousands of Muslims attended the two stands, raising their voices with Takbeer and called upon the Muslims to unite against injustice.

Prepared by : The Delegate of The Central Media Office for Hizb ut Tahrir Britain