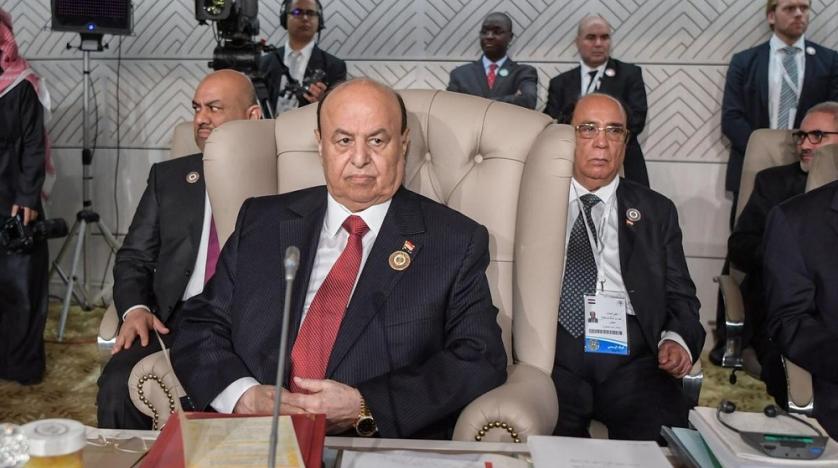 Britain has welcomed the convening of the Yemeni parliament in the city of Seiyun, after nearly four years of suspension because of the war, and the control of the Houthis on the capital Sana’a, asserting that electing a parliament speaker and deputies is an important and positive step. Michael Aron, the UK ambassador to Yemen, stressed that convening the parliament in Seiyun is a success, after a long time of suspension.

According to the Middle East, Michael Aron said: “Parliament is an important part of the institutions of the state, and I think the meeting is very important, and there was a unanimous agreement to appoint Sultan Al-Burkani as president and three deputies; this is positive.” Mohammed Abdel-Salam, spokesman for the Houthis and head of the negotiating delegation of the Houthi group asked in a tweet saying: “What is left of the UN envoy as a neutral mediator while he shows to be implementing his country’s agenda through the UN platform?”. The UN Special Envoy to Yemen had congratulated in a letter sent to President Hadi and parliament members participating in the parliamentary session in the city of Seiyun east of the country, which angered the Houthis and they directly accused him of implementing his country’s plan in Yemen through the United Nations. Also, the US stance came in support of convening the parliament; as the State Department spokesperson, Morgan Ortagos said in a release issued yesterday, that U.S. congratulates Yemeni parliamentarians who convened today for the first time since 2014, considering the convening of the Yemeni parliament as an important step to strengthen the legitimate Yemeni government. While Morgan expressed the full support of the United States Administration for Yemeni parliamentarians, she considered convening of the Parliament “an important step taken by the Yemeni government to reinvigorate legitimate government institutions, resume progress on implementing the National Dialogue Conference outcomes, and complete the peaceful transition of power envisioned by the GCC Initiative”.

Britain has pulled out the last political paper that the Houthis were relying on, the legitimacy of the Yemeni parliament under their control in the capital, Sana’a, which they held supplementary elections for its vacant seats on the same day as the parliament convened in Seiyun, making them consider Britain their first enemy and accusing the UN envoy of non-neutrality and of implementing the agendas of his country through the United Nations. Britain took advantage of the Trump administration’s policy of curbing Iran’s role in the region and the inclusion of the Iranian Revolutionary Guard in the terrorist list so that it could give a role to Saudi Arabia in the region, especially Yemen, thus it presses Iran to pressure the Houthis to proceed according to US plans in the region. And although America wants to involve the Houthis in the rule of Yemen, but this is in the light of the Houthis’ acceptance that Saudi Arabia will dominate Yemen’s dossier. So, despite America is preventing British agents (Hadi and the UAE) from directing a fatal blow to the Houthis and makes Hodeidah and Sanaa a red line and saves them whenever they get into straitened circumstances, this does not mean to make them have a legitimate power in Yemen and a large military force that threatens its agents in Saudi Arabia, which it regards as a treasure and a malleable tool to achieve its agendas in the region with its money and its agents. Thus, the American recognition of the Yemeni parliament under the legitimacy of President Hadi is in the interest of Saudi Arabia and legitimizes its war in Yemen under its name. This is what makes the British and American position seem somewhat consistent in Yemen in this period. But the Anglo-American conflict in secret is being revealed to the public whenever Britain and its agents turn to military solutions that America opposes under the pretext of the humanitarian situation in Yemen. America truly wants to end the war in Yemen, which has exhausted and embarrassed its Saudi agent, while its Houthis agents exploit the Stockholm Agreement to raise their voice to have a bigger share in the anticipated political solution, which Britain exploits in the threat of military solutions. This made the United Nations, and after a long waiting period of 4 months of the Stockholm Agreement, blame the Houthis for delaying and obstructing that agreement, which the implementation of the deployment plan for the first phase of it will begin in the coming days, as stated by the UN envoy to Yemen, Martin Griffiths, recently.

O people of Yemen … O people of Iman and wisdom … The Anglo-American conflict has weakened your country, killed your sons, violated your honour and inflicted you with hunger and misery, so, how long will you remain silent as the silence of the people of graves, and rely on the colonial United Nations to solve your problems and increase them with fire and flare?! The solution to your problems is to work to arbitrate the law of your Lord by establishing the Khilafah Rashidah (righteous Caliphate) on the method of the Prophethood, in which is your dignity and success in this world and the Hereafter.