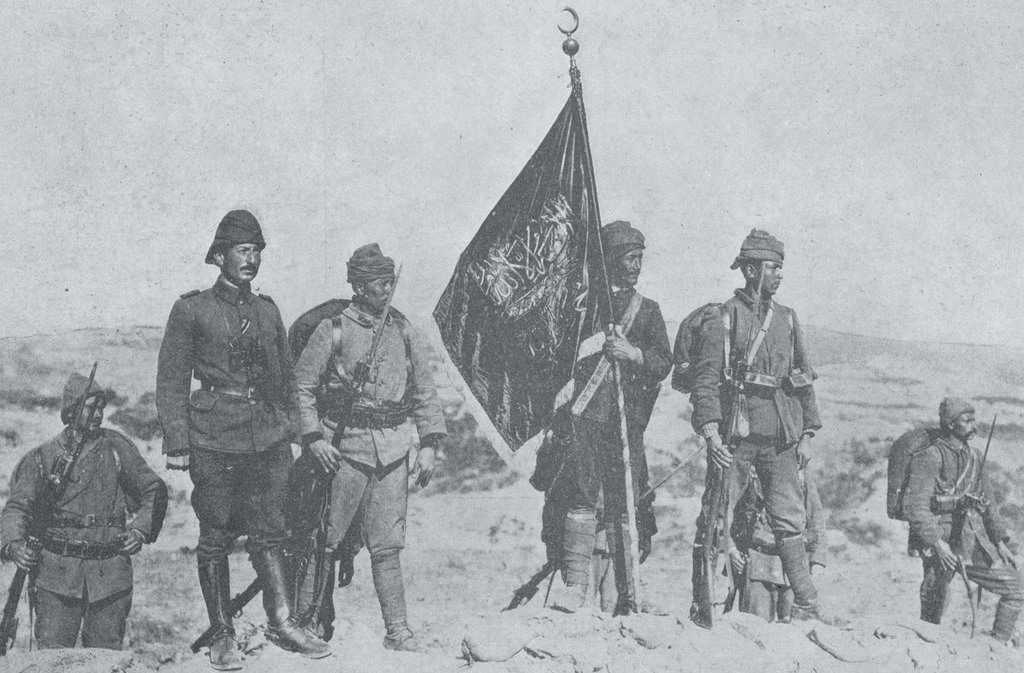 A short article by Ed Hussain: “Britain and Islam – the real special relationship” was published recently in the UK’s Spectator Magazine to address the “agonising about Islamism, and what to do about it”. The writer asserted pride in the UK’s freedoms that brought his “Muslim parents to this country” and reminded readers of “a very useful fact: that Britain has a special relationship with Islam and has done (sic) for centuries”.  Despite, the opener about “agonizing” over Islamism, which addresses the traditional Conservative readership of The Spectator, the writer targets Muslims, calling them to abandon their desire for “a shariah state”, which he describes, in the same breath as terrorism, as the “mad” longing of “fanatics”.

The so-called “special relationship” covers two phases; the first of which is of interest to all, although it is defined narrowly, while the second is deeply troubling for Muslims.

First, Protestant Britain’s early contact with Islam in the 16th century was very useful for Britain, which was a pariah state in Europe after Queen Elizabeth I’s excommunication by Pope Pius V.  Isolated in Europe, Britain secured trading rights and Ottoman protection in the Mediterranean, which was a lifeline for Britain and resulted in an influx of exotic merchandise and brought many Arabic words into the English dictionary. For the Ottoman state, a Shariah state of course, British piracy in the Mediterranean helped to deny Spanish freedom of movement in contested waters. The writer’s point is that Britain need not be feared because friendly relationships have existed in history, and as Britain benefited culturally and materially from these relations, the logical implication is that Islam also need not be feared.

The Spectator article’s assertion that Britain’s “friendship with Islam is unique”, is not accurate, as Ottoman Sultans were the arbiters in Europe on many occasions. Kings and princes sent their requests and petitions for help to the Sultans time and again and Ottoman alliances with various Italian states, the Dutch and the French all took place before Queen Elizabeth I’s break with Pope Pius V. Of these relations, the deepest was with France. The response of Suleiman the Magnificent to Francis I of France in February of 1526 is worthy of quoting at length:

“I who am the Sultan of Sultans, the sovereign of sovereigns, the dispenser of crowns to the monarchs on the face of the earth, the shadow of the God on Earth, the Sultan and sovereign lord of the Mediterranean Sea and of the Black Sea, of Rumelia and of Anatolia, of Karamania, of the land of Romans, of Dhulkadria, of Diyarbakir, of Kurdistan, of Azerbaijan, of Persia, of Damascus, of Aleppo, of Cairo, of Mecca, of Medina, of Jerusalem, of all Arabia, of Yemen and of many other lands which my noble fore-fathers and my glorious ancestors (may God light up their tombs!) conquered by the force of their arms and which my August Majesty has made subject to my flamboyant sword and my victorious blade, I, Sultan Suleiman Khan, son of Sultan Selim Khan, son of Sultan Bayezid Khan: To thee who art Francesco, king of the province of France … You have sent to my Porte, refuge of sovereigns, a letter by the hand of your faithful servant Frangipani, and you have furthermore entrusted to him miscellaneous verbal communications. You have informed me that the enemy has overrun your country and that you are at present in prison and a captive, and you have asked aid and succors for your deliverance. All this your saying having been set forth at the foot of my throne, which controls the world. Your situation has gained my imperial understanding in every detail, and I have considered all of it. There is nothing astonishing in emperors being defeated and made captive. Take courage then, and be not dismayed. Our glorious predecessors and our illustrious ancestors (may God light up their tombs!) have never ceased to make war to repel the foe and conquer his lands. We ourselves have followed in their footsteps, and have at all times conquered provinces and citadels of great strength and difficult of approach. Night and day our horse is saddled and our saber is girt. May the God on High promote righteousness! May whatsoever He will be accomplished! For the rest, question your ambassador and be informed. Know that it will be as said.”

The Shariah state was an integral part of Europe and its statecraft for centuries.  History has shown that the Ottoman Shariah state was a dominant power and a force for cultural enlightenment in many of its dealings with other states, and that there was nothing “special” about Britain’s relationship with it. Islamic knowledge, science and customs entered French, as they did British, culture and literature. The article asserts that, “this island still has much to offer to the world of Islam”, making a mere side show of how much the world of Islam gave to Britain and other European states.

The horrifying part of the article is where the relationship of Britain with Islam in the colonial era is introduced: “half a million Muslims fought with Britain in the first world war (sic) and died in the trenches for God, King and Empire”. The addition to Britain’s Empire of India, from where most of the Muslims who died in the British army came from, was not so happy for the Muslims! British colonial rule was bloody enough, but the recruitment of 400,000 Indians, of whom a third were Muslim, to fight in the First World War was not a positive “offer to the world of Islam”.  The total number of Muslims who died in ‘Allied’ armies in the First World War was 89,000. The horror and futility of that war scarred the literary and cultural consciousness of generations of Europeans, which makes it all the sadder for Muslims to recall their sons being sucked into it from European colonies in India and Africa. There was nothing special about the British army; 200,000 Algerians, 100,000 Tunisians, 40,000 Moroccans, 100,000 West Africans and 4,000 Somalis and Libyans served in the French army.

In these colonial armies, “the world of Islam” tasted suffering and death on an unprecedented scale. It is a bleak lesson for Muslims lacking a Shariah state. Even after their great sacrifices, the families of those who died would later witness more horrors. The savage French massacre of a million Algerians struggling for independence, and the British partition of India, which left even more dead than in Algeria, consigned the majority of Muslims and much of Kashmir to oppression at the hands of Hindu nationalists.

Muslims flourished under a Shariah state and gave generously of their culture, but when the state was weakened and subsequently defeated, the colonial powers, with Britain at their head, subjected following generations to wastage and poverty in the dozens of failed states that they created to secure their interests. Muslims have for generations now been escaping lands that European diplomats of earlier centuries, such as Antonio Rincon, described in glowing terms:

“Astonishing order, no violence. Merchants, women even, coming and going in perfect safety, as in a European town. Life as safe, as large and easy as in Venice. Justice so fairly administered that one is tempted to believe that the Turks are turned Christians now, and that the Christians are turned Turks.”

Had the conquests of Suleiman the Magnificent continued further, Europe could have been spared as much suffering as the Muslims. There never was a special relationship with Britain; the Shariah state maintained relations with many countries for mutual benefit. In any case, the desire of Muslims for a Shariah state should be a matter of pride, and neither that nor their presence in Europe needs any apology.