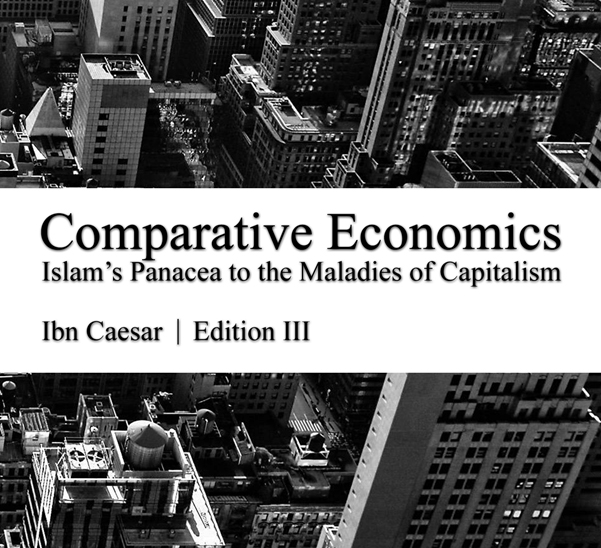 You can purchase this book on Amazon

In its youth, capitalism paved the way towards a new era of economic advancement and progression. From the industrial to the technological revolution, economists consistently praised the free market for its ability to achieve what was then putatively inconceivable. In the eyes of many, this prosperity was indicative of systemic success, but as time elapsed, capitalism abraded, and so too did the ostensible euphoria surrounding it. In fact, since its very inception, capitalism has instigated many economic crises, invariably damaging its own ideological reputation, and in 2008 we witnessed the culmination of such decline in what many have hastened to label as ‘the greatest calamity since the Great Depression’.

Post financial crisis, many theoretical attempts were made to elucidate capitalism’s endogenous instability, but to no avail. Some focused entirely on institutional failure, others criticised the use of monetary and or fiscal policy, whilst many blamed human frailty and error, pushing liability away from the system and unto those who managed it. Within this ambitious, yet vital investigation, it became eminently clear that capitalism has matured (albeit not completely), insofar as its volatility has rapidly deteriorated and its cells have grown uncontrollably, giving birth to an aggressive cancer.

It is quite clear that the limited success capitalism once enjoyed was merely an unsubstantiated boom, which misled many economists into believing that it was the ultimate salvation for mankind. Indeed, one needn’t be an economist to prognosticate the free market’s demise, nor a political scientist to fathom the fate of such an ideology, rather the apotheosis of capitalism is intelligible, certainly based upon the aforementioned paradigm.

Amid this ideological atrophy, we find that the focal point of contemporary economics revolves around either the economic agent or economic policy. Such binary cognition has constraint man to the superficial and blinded him from the blatant truth; that defects within both agent and policy are but the rotten fruits of a tree whose seed is congenitally corrupted. In other words, these issues are not the source of error, rather a product of it. Thus the true problem clearly lies with the capitalist ideology, from which both variables originate.

It is therefore incumbent that we put an end to this economic recidivism by turning to an alternative ideology that resolves the basic human problems man is subject to. Let it be clear and well understood, the fundamental error of capitalism is its misjudgment of humans and their nature; it is the deep love for wealth within the hands of the few as opposed to the many, the imperative for growth at the expense of distribution, the amalgamation of the productive science with the distributive system, the extreme liberalisation of the market, et cetera

Finally, it must be noted that the postulation of contemporary academics to ascertain the immutable has made the subject of economics eminently vapid. In chasing scientific objectivity, scholars have caged their minds from the rational truth. Such narrow thinking is rooted deep within the scientific method, which, post Enlightenment, became the modus operandi for success. It seems that social scientists have trapped themselves within the confines of this style of thought, due to either a firm conviction (in belief) or a growing fear (to dissent).

As for the former, a great number of sincere economists have been enticed by the strong empirical results of science and its method. They have internalised this style of thought and made it their own. To them we must say that the prodigious success of the Enlightenment and what ensued it thereafter, such as the Industrial Revolution, must not mask the inconsistencies in applying science to all of life’s affairs. It cannot reach all conclusions, nor can it derive all truths, hence it must be used appropriately and restricted by its own limitations.

As for the latter, an equal number of insincere economists are aware that such thinking is erroneous but are fearful to contend normality. In this tacit fear I sense great cowardice, which is an odious trait, unbefitting the scholar. To them we must say that the pressure to conform to this paradigm must not supersede the duty to ascertain the truth. There is no honour in defending falsehood, whilst there is great respect for those who promote the antithesis, which must be a duty upon the enlightened

This book shall therefore pursue the raw truth, not seen through the prism of historical success, nor obscured by the blindfold of contemporary academic sensitivities. It will contest the current paradigm by explicating the Islamic economic system upon a rational basis, with the use of mathematics and science only where necessary and applicable. In doing so, this book shall then conclude that the most coherent outcome for mankind is not for us to remain passive in our decline but to adopt the Islamic ideology as the only means to eradicate the pervasive problems of capitalism, that we are all a current witness to

Ibn Caesar graduated in Philosophy, Politics and Economics (BSc) with First-Class Honours. He has won multiple awards, including the Ede & Ravenscroft Prize for academic excellence. He is currently a postgraduate at the University of Cambridge where he intends to pursue his doctorate in Economics.

You can purchase this book ‘Comparative Economics’ on Amazon