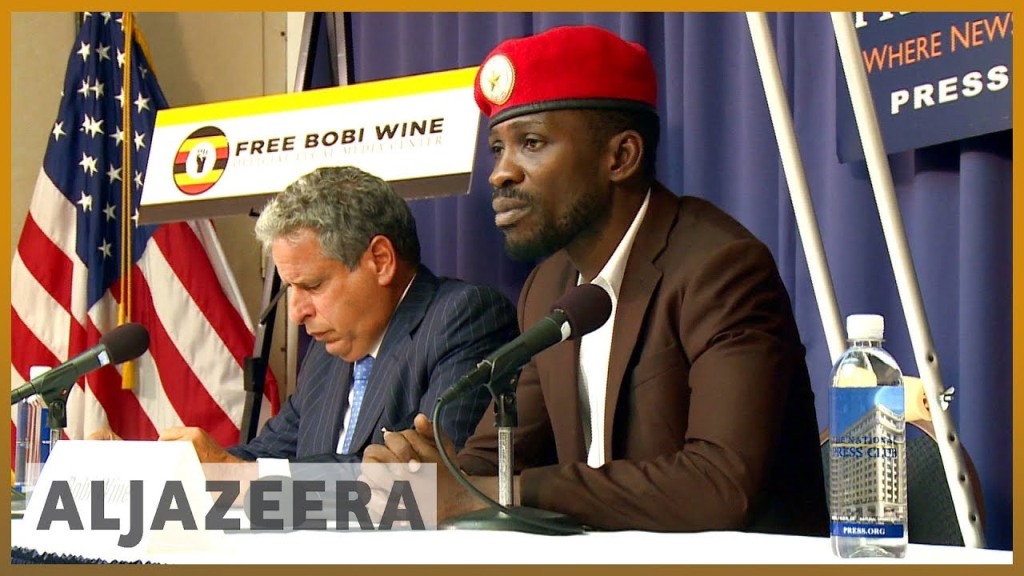 Kampala (CNN)- Ugandan presidential opposition candidate Bobi Wine has been arrested for the second time this month, sparking violent protests in the country. The popular musician-turned-politician was arrested while campaigning in Eastern Uganda, according to Wine’s staff — just weeks after a prior arrest. “The price of freedom is high but we shall certainly overcome,” a tweet from his official account read, announcing his detainment on Wednesday.

Ugandan police did not immediately respond to calls from CNN, but in a statement posted on its official website on Wednesday, the Inspector General pointed to tightened Covid-19 enforcement around campaign events.

The Youth Map Uganda: A Cross-Sector Situational Analysis on Youth in Uganda (2011), notes the demographic challenge for:

Uganda has the world’s youngest population with over 78 percent of its population below the age of 30. With just under eight million youth aged 15-30, the country also has one of the highest youth unemployment rates in Sub-Saharan Africa. Although Uganda is making strides economically, it faces significant challenges in meeting its young people’s needs today and their challenges tomorrow as its population continues to grow at a rate of 3.2 percent annually.

President Yoweri K. Museveni with his ruling National Resistant Movement Party (NRM) has been in power since 1986 making him a long serving president in Uganda and in the East African region. With demographics challenges, the youthful population that constitutes currently over 80% of the population makes Museveni and NRM party non-appealing to the youth. Especially after high unemployment rate among the youth and low wage income among the employed. Kizza Besigye who served as the president of the Forum for Democratic Change (FDC) political party and was an unsuccessful candidate in Uganda‘s 2001, 2006, 2011, and 2016 presidential elections, loses all of them to the incumbent Yoweri Museveni, has since run out of flavor to stand for presidential candidacy.

Furthermore, the brutal rule and military approach to overcome any opposition to NRM and Museveni’s rule, [and this has more or less been Uganda’s political outlook since birth of the Nation], has distanced and alienated the youth from the political participation in the country.  Without the shadow of the doubt, voting apathy and no participation on electoral exercise would have been the norm during election year 2021, as hope of change through democratic process is a mirage in the desert. Kyagulanyi Ssentamu [Bobi Wine] a youthful musician turned politician who comes from a humble background, who is identified with most of the population youth age group and comes from the largest tribe [Baganda], becomes the most suitable candidate to resuscitate an already failed ideology [capitalism] that in the first place caused the misery and impoverished the population.

The façade put up by Bobi Wine’s Presidential candidacy and the campaigns of non-violence approach and calling towards participation in democratic electoral exercise en masse indicates after five consecutive elections where Museveni won all. People lost interest in voting NRM out of power as the obvious outcome is known. History has showed this in Uganda as presidents are bombed out and in the office, with this in mind the country to slide into anarchy or civil war is a matter of reality. Bobi Wine, keeping people within the brackets of the system, makes him the façade for an already failed system at global scale.

The only alternative to Capitalism is Islam that is the absolute truth from the Creator of man, life and the universe. The system that was implemented for over thirteen centuries before the fall of the Ottoman Caliphate in 1924.