Saturday, 9 October 2021, Hizb ut Tahrir in the Blessed Land – Palestine organized three mass stands in Ramallah, Hebron and Tulkarm, in which it called for an actual movement of Muslim armies in response to the occupation’s decision to allow the Jews to perform their prayers in the courtyards of the Blessed Aqsa Mosque.

In the speeches delivered by members of its Media Office and its members, the party stressed that what the Al-Aqsa Mosque is exposed to a serious attempt and a severe and malicious attack by the Jewish entity to impose their biblical rituals in Al-Aqsa Mosque in preparation for the establishment of their alleged temple on the entire area of ​​Al-Aqsa Mosque.

The party considered that the decision of the occupation court coincides with the anniversary of the liberation of Jerusalem from the abomination of the Crusaders in a clear challenge to the Islamic Ummah, and that this decision would not have been taken by the Jews and desecrated the first Qiblah of Muslims had it not been for the betrayal of the traitors and the conspiracy of the criminal rulers.

Clips of the Stand in Khalil ar-Rahman (Hebron)

Clips of the Stand in Tulkarm

Clips of the Stand in Ramallah 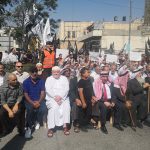 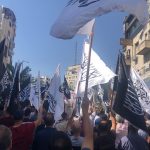 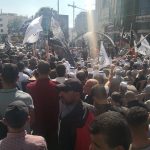 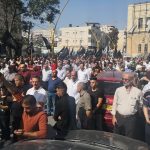 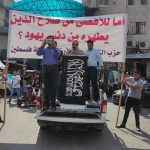 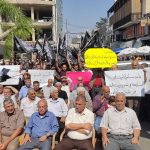 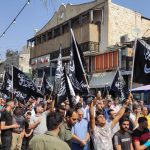 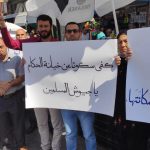 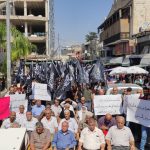