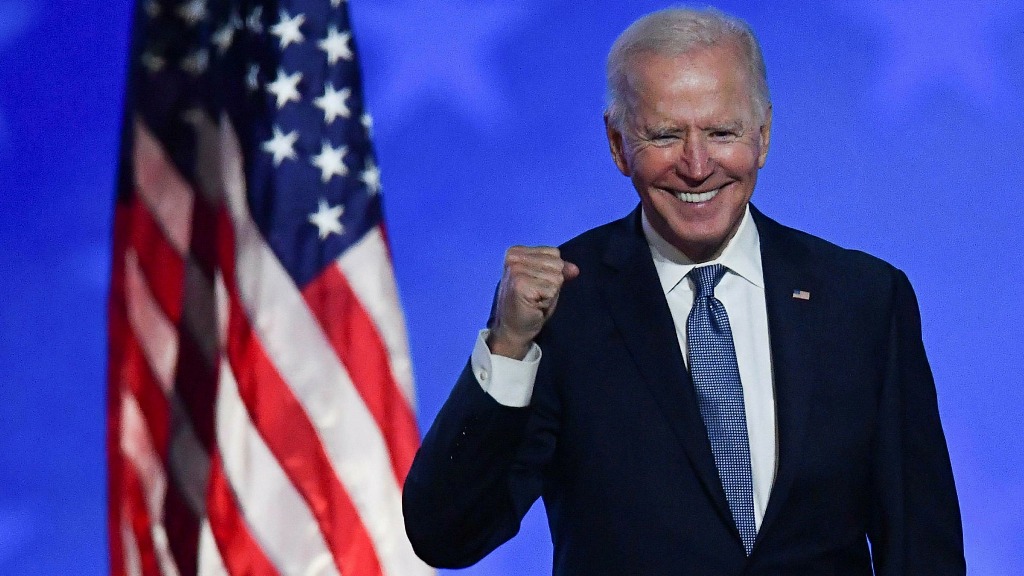 After a much closer contest than pollsters anticipated, a prolonged count and allegations of fraud by Trump and the Republican Party; Democrat Joe Biden has led in the electoral college votes needed to become president elect.

However as the votes were counted it was surreal to see the nation divided between an unlikely pair of elderly white men. Both with indefensible reputations, neither lauded for their judgement or political acumen, and both equally far from being trailblazers of progress and advancement – yet apparently they’re the best the world’s leading nation has to offer.

However the US’s political spectrum is barely that. Whether voters call themselves liberal or conservative, the reality of the Capitalist ideology is that it permeates every strand of political thought by framing each debate with secular and liberal values of near unlimited personal and financial freedom.

So aside from the few permitted differences of opinion regarding domestic policy and perhaps this time, Trump’s botched attempts at dealing with Covid; there is really very little difference in the outcomes either candidate can achieve. This is because when it comes to US foreign policy every president has been equally culpable in the manipulation and exploitation of the world.

In a brief glance at the legacies of subsequent presidents both democrat and republican, Bill Clinton’s administration was infamous for pursuing the so called Arab ‘Israeli’ peace process. Clinton served his purpose by negotiating the Oslo Accords between Yitzhak Rabin and Yasser Arafat in 1993 as part of the ongoing Zionist-American project, which serves to strip the Muslim Ummah of its legal and divine right to the blessed land of Palestine.

As well as a series of CIA coups d’etats in Latin America. Clinton’s involvement in Iraq after George Bush Senior’s interventions in Kuwait, prompted him to send cruise missiles into Iraqi installations and impose sanctions on the civilian population. His meddling in Somalia and Sudan served the US’s geopolitical objectives in the region; and his utter failure to respond to the genocide in Rwanda cost over 800,000 lives. His role in lifting the arms embargo in Bosnia left the Muslims unarmed, resulting in the massacre at Srebrenica, which is perhaps most telling about the Democrats’ motivations.

Following Clinton, George W Bush Jr infamously instigated the invasions of Iraq and Afghanistan after 9/11. He defined the global war on terror (WoT) which the state media quickly weaponised by introducing the term ‘Islamist’, as propaganda that describes Muslims who resist Western imperialism and foreign policy.

The Bush administration wars saw at least 5 million people displaced in Iraq, with millions widowed and orphaned. One in every two people suffered life altering or ending impacts, with estimates of over 1.2 million deaths. The savage and humiliating treatment of Iraq’s occupation by allied forces subjected Iraqi civilians to all manners of humiliation in military prisons aerial bombardment with cluster bombs and white phosphorus, the shocking effects of which are still manifesting today.

Likewise in Afghanistan, US forces killed tens of thousands in an effort to hunt Al Qaeda and punish the real Taliban for daring to conceptualise an Islamic emirate. The cowardly US military committed atrocities the likes of which were never seen or heard of before. Unjustly imprisoning men, women and children, sexually abusing and exploiting pure innocent souls and supposedly bringing democracy to the oppressed Afghan women with beauty salons and guitar lessons.

As the WoT continued into the fork tongued Barak Obama’s presidency, his Muslim sounding name and eloquence mesmerised the world and many Muslims fell for his left wing Democrat charms. Readily giving their unstinting support to this wolf in sheep’s clothing, the world watched as he acted to derail the Arab Spring revolutions and advocated for the tyrannical Syrian regime. Obama killed more Muslims than his predecessors through drone attacks in Yemen and Libya, whilst further desecrating Iraq and Syria under the guise of fighting rebels on many fronts.

This said, under these three presidents alone we have witnessed an escalation in US hegemony through its policies of globalisation, intervention, trade and export tariffs and the ubiquitous Palestinian peace process. Spreading democracy via the barrel of a gun, whilst blocking the right to self-governance, further devastating Muslim nations through vetoes, black ops, proxy wars and by supporting and creating militias to obstruct the avenues of Muslim unity.

It’s clear that regardless of the face, democrats and republicans have the same geopolitical agendas, so we cannot naively assert that there is a better of two very obvious evils.

Likewise we in the West should not be so entitled that we despair about the possibility of another term of Trump without thought for the millions who systematically suffer harm and neglect under the tyranny and corruption of oppressive rulers, whose interests are barely ever for the benefit of their own people.

Ibn Qayyim (rahimahullah) said​ in his Miftaah Daarus-Sa’aadah, 1/177-178 ​“People will get leaders which they deserve,” and this clearly applies to individualistic, selfish and materialistic societies, who overlook the true responsibility of leadership who admire the debased qualities of a man for the benefit he may bring them, and who don’t consider anyone more worthy of receiving good treatment and human rights than themselves. In contrast, the millions of people in the Muslim world and beyond who live under dictatorships and monarchies through no fault of their own, who are stifled and restricted in their capacity and whose rights are not met by their own rulers – they are by no means deserving of their treacherous rulers.

In His Infinite Mercy, Allah Azza Wa Jal has ordained that mankind live under the stability and security of the Islamic Shariah laws. These laws systematically capture every part of public and private life, directing our actions to all that will grant contentment and peace through the ideal regulation of a person’s needs and instincts. The Muslim ruler is tasked with upholding the divine institution of Islamic governance, giving sovereignty to Allah the Creator and Lord of the universe rather than any man or political party.

May Allah (swt) bless humankind with the promised return of this sublime system of life that no doubt we are all desperately in need of.

Allah (swt) says in the Quran: إِنَّ اللَّهَ لاَ يُغَيِّرُ مَا بِقَوْمٍ حَتَّى يُغَيِّرُوا مَا بِأَنفُسِهِمْ “Verily Allah does not change the condition of a people until they change what is within themselves” [Surah Ar Ra’d: 11].