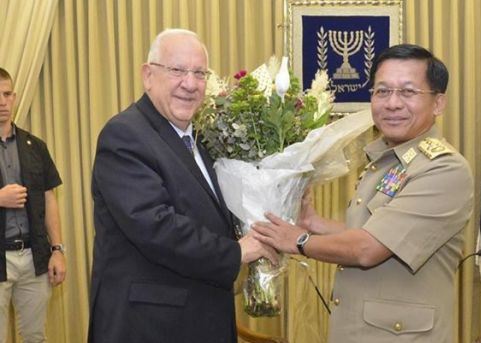 Recently, there are some misleading narratives were developed on the Rohingya crisis which tried to blame the so-called Islamic terrorist group in the tragedy i.e. the emergent armed group known as the Arakan Rohingya Salvation Army (ARSA). That’s why Indonesian Police Chief General Tito Karnavian was offering his Myanmar counterpart a cooperation in training on countering terrorism and human rights to Myanmar police chief, during the 37th ASEAN National Police in Singapore from Sept 12 to 14 to discuss humanitarian crisis in Myanmar’s Rakhine State.

Others also tried to warn potential larger terrorist networks, such as the statement from Malaysia’s defense minister who said Islamic State supporters seeking to exploit the persecution of the Rohingya Muslim minority. Minister Datuk Seri Hishammuddin cautioned that ISIL/ISIS, who have been seeking to establish a bigger foothold in the region, could use the current crisis to recruit members of the Rohingya community who were left “vulnerable and without a choice.” he said, according to the New Straits Times on 12/9.

Peter Mumford, Southeast Asia head at political consultancy Eurasia Group explained that hardliners in Indonesia, home to the world’s largest Muslim population, are currently using Myanmar’s crisis to play into domestic religious tensions. The same Islamic political groups that organized mass demonstrations against former Jakarta governor Basuki Tjahaja Purnama earlier this year are now leading pro-Rohingya rallies, with a Sept. 7 protest calling for jihad against Myanmar’s Buddhists. There are concerns the situation in Rakhine “will draw in more extreme Islamists from elsewhere in Southeast Asia, and beyond, to support their cause,” said Mumford on 13/9 in CNBC News.

The recent misleading narratives that have put the blame on the reaction of Ummah also the Islamic militia group showed panic about the reaction of this Ummah and the unclearness in viewing the history and roots of conflict in Arakan. This has clearly obscured who the real terrorist of the Rohingyas’ crisis is. Who is the terrorist?

Clearly, Myanmar is the real terrorist; it is a terrorist state that has seized the rich Islamic land of Arakan, by collaborating with radical Buddhist forces and Aung San Suu Kyi’s mute support inside the country, plotting with China and the Jewish entity abroad, also having an affair with the Capitalist corporations, all to plunder the wealth of the Rakhine state. Yes, Myanmar and the whole configuration of forces behind it are colonizing countries and they are the real terrorists.

Terrorism by Myanmar is a constitutional terror, it stemmed from the citizenship Act of 1982, where the law deprived the citizenship rights of the Rohingya people. This was Myanmar’s constitutional crime which was further supported by the aggression of its military junta, the radical Buddhist group spreading xenophobia, and its deaf and dumb democracy leader Aung San Suu Kyi on the genocide and ethnic cleansing of the Rohingya.

Strangely, there are no many Muslim rulers who are brave enough to label Myanmar as a terrorist state, or to drag it to the international court of justice, let alone to send military troops to counter it. While in fact, this is the root of the problem. On the contrary, those regimes’ dignitaries easily accused the defensive jihadi groups, such as ARSA who is fighting to defend their blood, land, and honor as Muslims. Those leaders also lightly linked the Rohingya crisis with the potential involvement of ISIS, the criminal group that has defiled Islam, Jihad, and the Khilafah.

The ASEAN economic regime has long been silent because of its principle of non-interference which prevents ASEAN countries from interfering with each other in domestic affairs. The Muslim rulers in Malaysia and Indonesia are powerless except to channel humanitarian aid and provide temporary refugee camps, but also refuse to grant full citizenship to Rohingya refugees. Rohingya refugees can survive only because of the sincerity of the Muslim people in Malaysia and Indonesia who help them according to their abilities.

So what can be expected from a nation-state system that prevents hundreds of millions of Muslims helping their own brothers and sisters? What can we expect from the ASEAN regime that has placed economic calculations over humanity? What can be expected from a double-standard world order against Muslims? What can we expect from a world order that continues to protect the Myanmar’s predatory regime?

Instead of confronting Myanmar, it seems easier for the secular regimes to blame the anger of the Muslims’ Ummah. Instead of opposing ASEAN non-interference values, it is easier for them to muffle the wave of an Islamic awakening. Their mouths are lighter to label Muslims as terrorists than confront the real terrorist perpetrator!

O Sincere Muslims! We need to end the crisis immediately for helping our Rohingya brothers and sisters, thus it’s time for us to end our trust upon this kind of rulers of secular regimes! Remember Allah (swt) says:

“O you who have believed, do not take as intimates those other than yourselves, for they will not spare you [any] ruin. They wish you would have hardship. Hatred has already appeared from their mouths, and what their breasts conceal is greater. We have certainly made clear to you the signs, if you will use reason.”