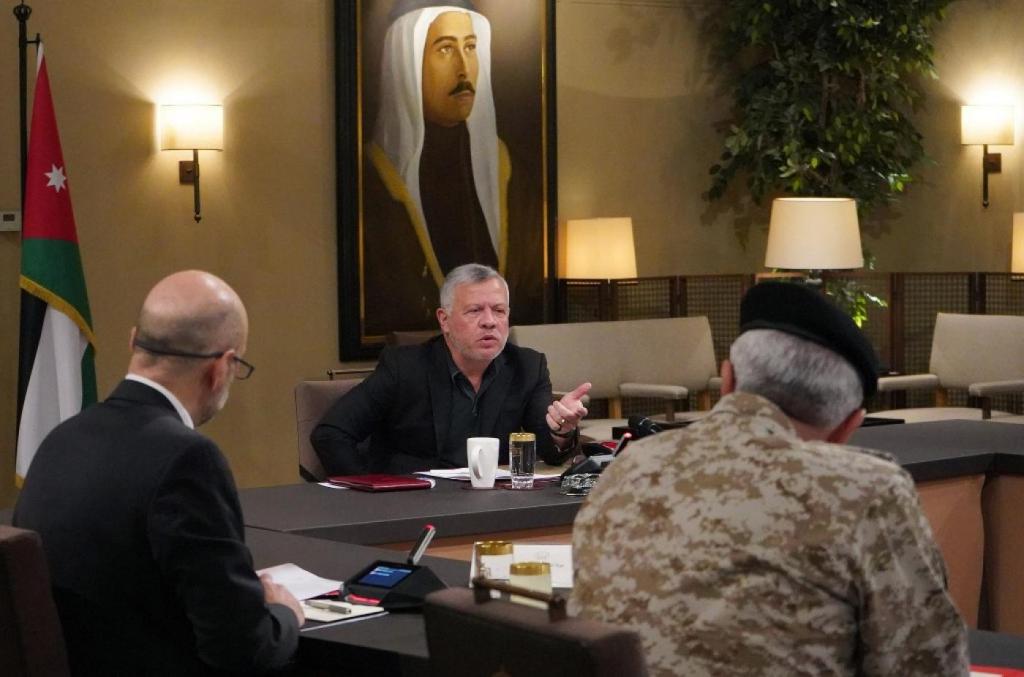 People’s position to achieve the minimum living standards of a decent human being in their food, health care, and the education for their children before the Coronavirus crisis was hardly an enviable position. In addition to being burdened with taxes, high cost of living, inflation, and high unemployment rate of nearly 20%. The country has continued to address its dilapidated economy and its astronomical debt, which amounted to 42 billion dollars at the end of January this year, with the failed colonial International Monetary Fund programs over the past three decades, and it has been secretly and publicly implementing projects related to the terms of Trump’s agreement.

The government took contradictory impromptu steps in dealing with the Coronavirus epidemic to reduce its spread, some of which came late, not meeting the correct quarantine standards, and for weeks it has been slow to take some measures, and these measures have been exploited in an attempt to gain popular support for the regime at a time when people’s discontent and anger reached its highest levels. And then the regime announced the introduction of the “defense” law, to counter the spread of the Coronavirus, so the government locked people in their homes and disrupted all aspects of life including livelihood, health and educational care, and the economy stopped, to the point that the earth closed in on the people in spite of its vastness, except for some relief and outings to provide from the remaining money in their pockets which were exhausted while they are unemployed.

When the tragic situation began to produce results contrary to what the regime wished, the government spokesman and the Minister of Health announced, chanting behind the head of the regime, of imminent return of prayer in the mosques and the return of life to normal with very strict measures to be imposed, although the day before yesterday 22 new infections were announced, and that not recording any cases does not mean that the crisis is over, according to the Minister of Health.

With regard to the above, we show the following:

First: It was easy and feasible for the regime to follow the policy that Islam presented in the hadith of the Messenger of Allah ﷺ: «إِذَا سَمِعْتُمْ بِالطَّاعُونِ بِأَرْضٍ فَلَا تَدْخُلُوهَا وَإِذَا وَقَعَ بِأَرْضٍ وَأَنْتُمْ بِهَا فَلَا تَخْرُجُوا مِنْهَا» “If you get wind of the outbreak of plague in a land, do not enter it; and if it breaks out in a land in which you are, do not leave it.”

The Islamic State has followed it over hundreds of years; and this policy is based on confining the epidemic to its place of outbreak in conjunction with allowing people in other places to continue their life activities, including economic activities without stopping, and the earlier this policy is implemented the more effective it is.

Second: The state has imposed quarantine on the infected people and those in contact with them, who are a few, and at the same time on the healthy ones, who are the vast majority, and has disrupted all other care work, business, economy, education, trade, politics and health. So, what is the point of dealing with the Coronavirus epidemic to preserve people’s health, and at the same time stop the health care for other patients, the poor suffer from hunger, and the wheel of the already dilapidated economy stops, thus, the Prophet’s ﷺ saying applies to it: «دَخَلَتْ امْرَأَةٌ النَّارَ فِي هِرَّةٍ رَبَطَتْهَا فَلَا هِيَ أَطْعَمَتْهَا وَلَا هِيَ أَرْسَلَتْهَا تَأْكُلُ مِنْ خَشَاشِ الْأَرْضِ حَتَّى مَاتَتْ هَزْلًا» “A woman entered the (Hell) Fire because of a cat which she had tied, neither giving it food nor setting it free to eat from the vermin of the earth until it died.” This is how the regime is with the people?!

Third: The regime’s announcement of the near return of life to normal with the continuing presence of infections and imposing quarantine on those in contact with, did not change the pretext of implementing the law of defense, curfew, disrupting the work of the state and restricting the freedom of people to manage their life affairs, indicating that these measures were futile and failed. It would have been more appropriate, if they need to, to isolate the areas where the epidemic is spread, and allow the unaffected areas to continue with their lives as usual with the necessary measures and precautions that the media spokesman is talking about now, the most important of which is to enable Muslims to perform the Friday and congregational prayers in mosques.

Fourth: The regime’s measures in its approach to addressing Coronavirus resulted in catastrophic economic effects, and these measures added fuel to the fire. According to Al-Rai Newspaper on Saturday, 11/4/2020, the direct losses due to the consequences of the Coronavirus pandemic are estimated at just below $1 billion and include only a period of business interruption and ban within a month, and yet the Minister of Finance said, “spending will not be cut because it will accelerate the economic slowdown.” Although the economic problem is due to the adoption of the Kaffir, colonial capitalist economic system which is based on Riba and virtual money in economic growth projects, whose devastating effects have appeared in its strongest countries, notably America and Europe, and the economic system in Islam is what saves the nation from the clutches of Riba, imaginary money and virtual economic projects, and from the domination of the uncovered paper dollar that does not represent gold or silver, but rather the American thuggery and theft of the world’s money.

Fifth: the authoritarian tendency, dominative power, and lack of pastoral and political outlook in dealing with the epidemic among most of the ruling regimes in Muslim countries where the disease has spread, and those measures that they took are closer to the policy of quarantining people than to the policy of restricting the epidemic. And we find that the government has put people between two options: either home quarantine, economic devastation, poverty and hunger, or disease and the outbreak of the epidemic, and then it adapted its procedures according to one of these options, and in both cases the consequences will be severe either on health or on the economy or on both, which requires the nation to beware of what the regime is up to of political and economic price to paid by the people in return for this expenditure and the consequences of the economic impact of the epidemic Coronavirus.

The reason for the turmoil that is taking place in the world today, including the Islamic countries, is the absence of the Islamic state that puts its correct remedies for disasters and epidemics into practice. Thus disasters are contained before they occur and diseases are curbed before their outbreak, and the state is ready in the event of its spread to overcome the epidemic without sacrificing the economy, and it protects the economy without trading in or neglecting people’s health, and provides the world with a practical model in how to properly deal with disasters and epidemics. Thus, the greatest calamity that surpasses any epidemic that should not be absent from the minds of the people of our nation is the absence of Islam from the battle of life.

The obligation on the Islamic Ummah, which Allah (swt) has honored with this great message, is to immediately seek to establish the state of Islam, the Khilafah Rashidah (rightly guided Caliphate) State on the method of the Prophethood, to save itself and humanity from the misery and adversity that it is in. We invite you to work for the righteous cause, and we awaken your resolves to support the workers for the establishment of your state.