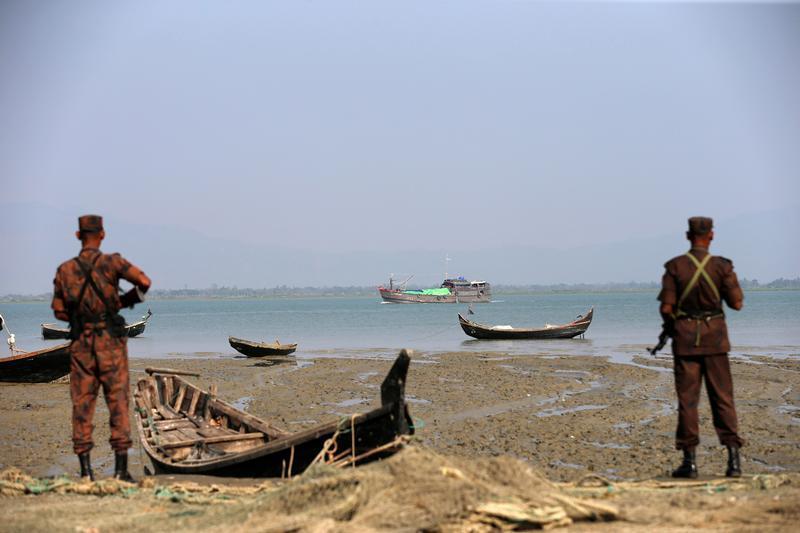 On October 28, 2017, US Ambassador to Bangladesh Marcia Bernicat remarked at an event in capital that solution to the Rohingya crisis lies in the 1992 Bangladesh-Myanmar deal with some additional features considering the changed circumstances. She also told the Bangladeshi media that US Secretary of State Rex Tillerson’s conversation with Myanmar’s army chief about allowing the safe return of the Rohingyas, according to the 1992 Joint Statement with Bangladesh, proves that USA is serious about this Rohingya crisis. Staying in tune with USA, Foreign Secretary of Bangladesh Md. Shahidul Haque also told a news agency that the 1992 agreement can be the principal base of repatriation discussions even though a few days ago he had stated that the said proposition is an unrealistic idea.

Bernicat’s statement and the phone conversation of Tillerson with Myanmar’s army chief are just like the hollow proposition given by the Myanmar government to the foreign minister of Bangladesh on his visit to Myanmar. The 1992 deal categorically says that only those Rohingya having “Myanmar citizenship identity cards or national registration cards or other relevant documents” issued by the authorities concerned could return to Myanmar. Anyone with any sense can easily realize that the Rohingya Muslims can never comply with such weird requirements, when almost half of the Rohingya villages have been deliberately burned to the ground and that is still going on. So, referring to the 1992 repatriation deal by USA is nothing but deception for the Rohingya Muslims and an attempt to capitalize on the emotions of the Muslims regarding the Rohingya crisis. But, Bernicat should know that the atrocities of USA and her allies in Iraq, Afghanistan, and Syria have not been erased from the memory of the Muslim Ummah. So, desiring assistance from USA to solve the Rohingya crisis is betrayal against the blood of the Muslims.

We are distressed to observe that the crusader USA and other western powers shamelessly lecture us, the guardian-less Muslims of today, about peace and safety, when they are the ones causing horrible suffering and insecurity for Muslims and other nations for their hateful colonial interests. And because of our spineless lackey rulers, we are forced to swallow such pretentious and empty speech of the West. Bernicat, being the representative of the arrogant USA, will characteristically fail to realize that her country has no moral high ground to lecture about humanitarian issues when her government decided to slam the door on Muslim refugees with executive order.

USA, China, India or the international community will not come forward to return the homes, wealth, and security of the Rohingya Muslims, because all of them have regional and geopolitical interests concerning Myanmar. To them, Aung San Suu Kyi and the military junta of Myanmar is far more important than the interests of the Rohingya Muslims or taking the side of Sheikh Hasina. Furthermore, even if the 1992 deal sees some modifications considering the changed reality, we cannot allow any scheme to hand over our oppressed brothers and sisters to the murderous Myanmar government that is adamant to exterminate the entire Muslim population of the Rakhine state. As long as Arakan is not secure, life-wealth-honor of the Rohingya Muslims are not safe there. Only the Khilafah State (Caliphate) will liberate Arakan from the murderous Buddhists, and make it a secure land for the Rohingya Muslims, and will establish them in their homes and will ensure security for their life-wealth-honor.

“Verily the Imam is a shield, behind whom you fight and protect yourself”