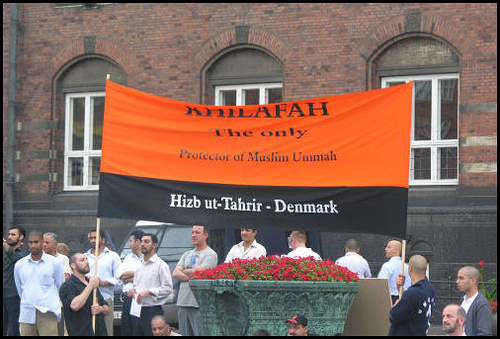 On 2 January, 2019, the Danish paper Berlingske published an article, which allegedly contains new revelations about Hizb ut Tahrir’s work in the Western world, including Denmark.

The article, however, is nearing a journalistic low, on the verge of being laughable, as the alleged revelations of Berlingske contain exactly what we, Hizb ut Tahrir, have openly declared and worked for, for more than 20 years in this country: combating Muslims integration and assimilation in Western culture and lifestyle, raising awareness among Muslims about their mighty Islam, its noble values, and just systems and laws, which are superior to those of the West. This is clear to anyone who has followed our activities a bit, and something anybody with internet access can find with just a few clicks.

Recently, we have distributed tens of thousands of leaflets on the work of Hizb ut Tahrir, with key points from our strategy, in the country’s largest cities and via social media, as part of a campaign.

With a sensational headline that caters to the lowest common denominator, Berlingske is trying to gather ammunition for the Danish politicians’ fight against Islam. The newspaper then continues to act as a microphone holder for the politicians, which is something it has distinguished itself in … On this background, we, in Hizb ut Tahrir / Scandinavia, underline the following:

– The actions of the alleged “free” media and the politicians merely confirm the weakness of the values ​​that they want to impose on Muslims in Denmark through a policy of bans and coercion. While they are rapidly undermining the very same values ​​of freedom, politicians are able to demonstrate an obvious intellectual impotence in the face of the strong concepts of Islam. A large political majority has in fact given up faith in democracy and secular values, suggesting sanctions, mind control and the power of law to forcibly assimilate Muslims.

– Unlike Danish politicians, we Hizb ut Tahrir / Scandinavia, are firmly and proudly committed to our principles, values ​​and beliefs. Because contrary to the values ​​of the West, Islam is the absolute truth revealed by the Creator of Man.

– We therefore undauntedly continue our call to Islam, not only to prevent the value based integration of Muslims in the West, but to save all of mankind from the darkness and chaos it suffers under the domination of Western capitalism.