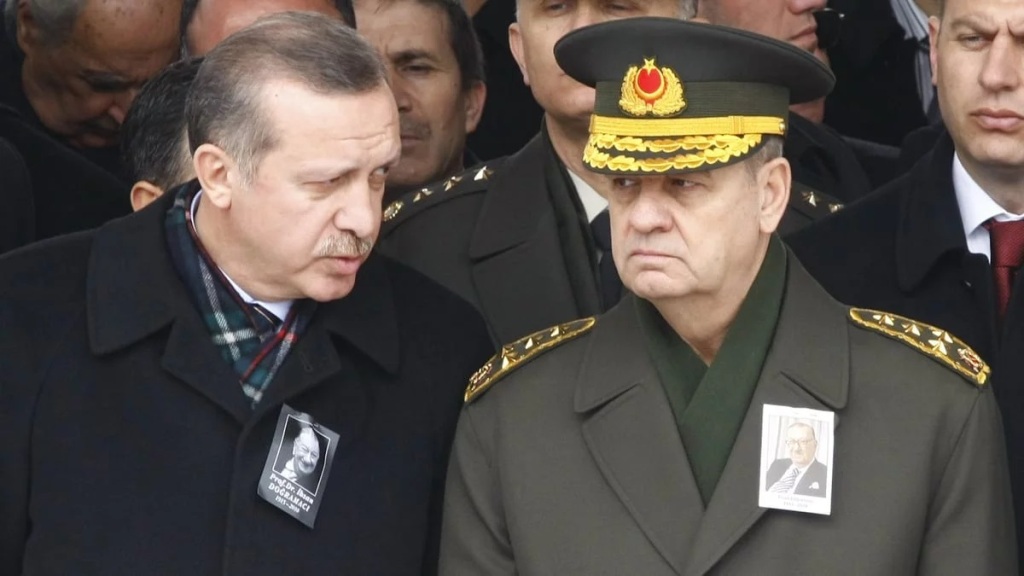 On his way back from Pakistan, President Erdogan answered the questions of reporters. Erdogan, who commented on the rumours about a new coup attempt, said: “Our nation will not say ‘Should we go outside or not’. Everyone will go outside with what lies in their power” (Yeni Safak 15.02.2020)

The most characteristic feature of the rulers of the Muslims is that they turn their faces to the secular democratic system when they are safe. And when their power and safety are in danger, they do not abstain from using the people as a shield for themselves.

In the recent days, coup whispers have been discussed a lot in the Turkish public opinion. Especially, the fact that Rand Corporation, a US think tank, expressed the possibility of a military coup in Turkey, and the implications of the so-called politician Dogu Perincek, who advocates the secular Kemalist religion! The threats of the arrogant Retired General Ilker Basbug, and the puppet writers posing as journalists of this neighborhood, have put the coup discourse on the agenda.

Apparently, the English secular Kemalist wing wants to scare the government at least. People of reason know that as long as the pair of tongs holding the fire is owned by the British or the US, it is possible that this fire will always harm the Ummah. That what happened in different lands as well as the history, are full of such examples.

When we look at the statements of President Erdoğan, on the one hand, he tries to ensure his power by using this atmosphere of fear for tightening the scattered, loosened ranks. On the other hand, he wants to threaten those who will take such a step by expressing how the people would respond. Once more, it has come to light that political and personal interests are necessary for politicians in order to pursue their power.

During the July 15 coup attempt, the sons of the Ummah used their bodies as a shield against tanks and coup plotters by shouting ‘Allahu Akbar’. However, these lives have been turned into oppression by the fallacy of democracy watch, democracy struggle and democracy martyr. The pro-coup oppressors run over the bodies of the sons of the Ummah. And the politicians have used the crushed bodies in favour of their power and democracy.

The coup plans prepared at the tables of the disbelievers, have been dictated for a century on Muslims living in these lands with the hands of traitors amongst us.

Do not think that the sons of this Ummah, who went out for their religion, dignity and honour, and used their bodies as a shield against bullets, did these because of your democracy. The bodies of the Ummah should no longer be run over by the coup plotters, nor should they be used for the interests of politicians.

This Ummah should remove the secular democratic system, which is a coup government, so they can be sure of coups. This Ummah should bring rulers who will rule by the Deen of Allah, qadis (judges) who will secure the justice by Sharia, and commanders and armies who will fight for the domination of the Deen of Allah, so it will be able to rule out these coups and troubles resulting from the disbelievers.

This is a real solution for the people of reason.