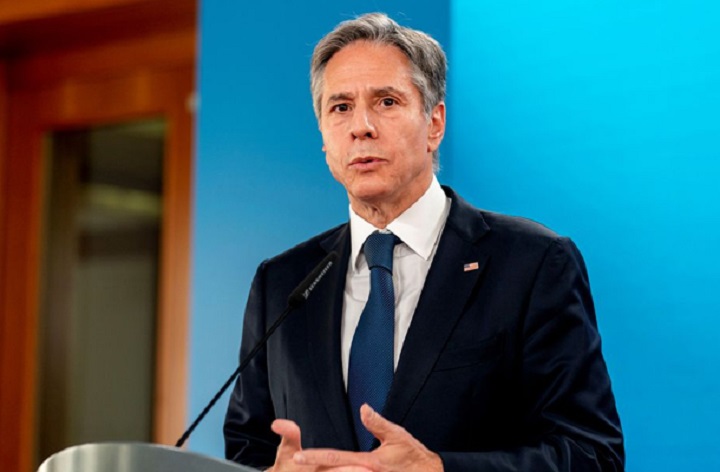 “The OIC extraordinary session on Afghanistan is a prime example of our collective determination and action to help those most in need. We thank Pakistan for hosting this vital meeting and inviting the global community to continue cooperating to support the Afghan people,” US Secretary of State Anthony Blinken said. (Dawn)

Comment:
The Organization of Islamic Cooperation’s Council of Foreign Ministers met on December 19 in Pakistan. 57 member states of OIC, make it the world’s second largest organization after the United Nations. Participation of the representatives of United Nations and the members of its Security Council, the European Union and several other non-member countries like Japan and Germany as well as global financial institutions and international and regional organizations, shows that Afghanistan is not taken as a Muslim issue. The USA reacted to the Taliban takeover by seizing $9.5 billion of Afghan assets.  Other Western powers also tightened the sanctions imposed by the United Nations, bringing Afghanistan to an economic collapse, resulting in 23 million people facing hunger.  Blaming the current Afghan Government won’t be the right approach and deciding on its behalf would be worse. The reason to hold this meeting was to please the USA, inclusive of the initiator and other Muslim states. The meeting did not even try to give the new Afghan Government any formal international recognition and Afghan Foreign Minister Amir Khan Muttaqi was excluded from the official photograph taken during the event, even though while talking to the reporters he said, “The current Afghanistan government is cooperating with every foreign organisation, so the sanctions “must be removed”.

Meanwhile the current worrisome situation of Afghanistan demands for an actual           dignified solution. Afghanistan has been an important crossroads, dominated by other civilizations throughout its history. The mediating OIC is trying to make Afghanistan understand to accept the post- colonial fate like other Muslim countries. Mary-Ellen McGroarty, head of the World Food Program in Afghanistan recently said; some 8.7 million people are “one step away from starvation. Many Afghans are selling possessions to buy food, and urban communities are facing food insecurity on levels similar to rural areas for the first time.” She added, “There is a tsunami of destitution, incredible suffering and hunger spiraling out of control”.

Afghanistan is not a new country, it has maintained a strong presence throughout the history, and was in a much better material, spiritual and conceptual state before the US invasion. It is a country that possesses a wealth of more than $1 trillion, of nonfuel minerals, and is renowned for its gemstones – rubies, emeralds, tourmalines and lapis lazuli. First the USSR, then China and the USA have researched on the resources.

Solution for Afghanistan does not lie in the hands of any international organisation, but in its belief that a fallen land, which was once ruled by Islam, can only revive through Islam. People of all these 57 states must be aware and question their leadership, about what have they achieved in the last 100 years of independence and democracy. These leaders have been acting as pawns of the West and will try their best to detrack the Ummah from the path of Khilafah (Caliphate).

Leadership was yours and will come back to you inshaAllah. Recognise and reject all these falsities and demand for Khilafah which will utilise all the precious resources to solve these problems, instead of giving its people in mortgage for humiliating crumbs to fill the bellies.

“Allah has promised those of you who have attained Iman and do righteous deeds that, of a certainty, He will cause them to accede to power on earth” [An-Nour-55]