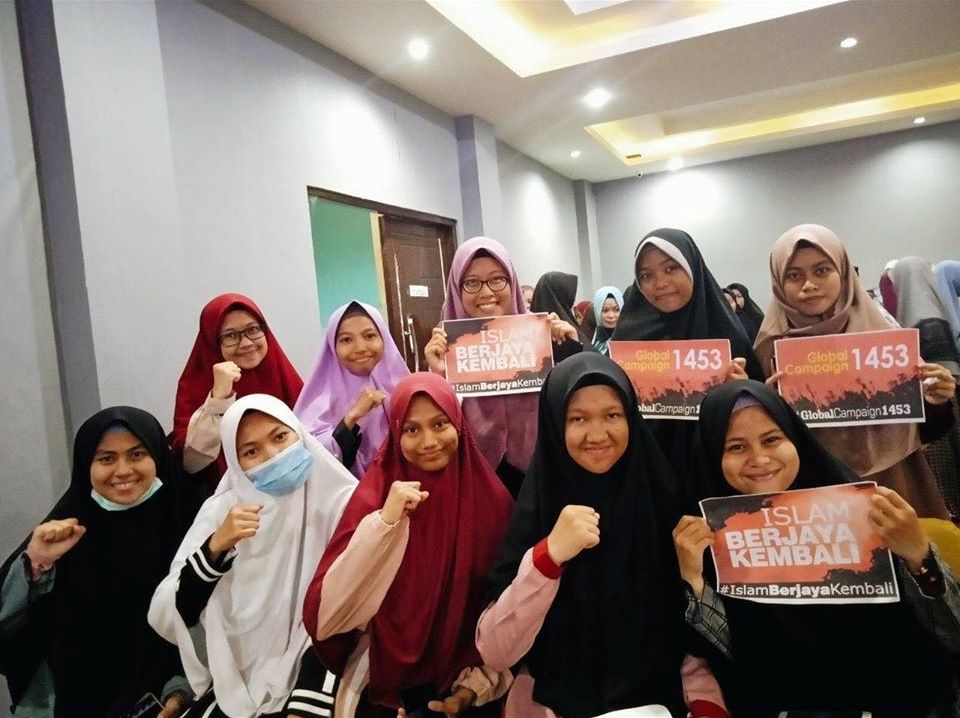 This is the glad tiding of our Messenger ﷺ. A mother received it wisely and rushed to engrave the name of her son in the history of the Ummah of Islam and to make him a conqueror bringing victory for his Deen. She is the mother of Muhammad al-Fatih, who became determined to instill the idea of ​​conquering Constantinople in the mind of her child and to achieve the glad tidings of the Prophet ﷺ, by his hands. She used to repeat it to him when he was a child, so that her words will be engraved (in him) like on stone.

Al-Fatih’s mother built a hero of her son; by raising him to be the one who fulfills the glad tiding of his Prophet ﷺ. She used to ask her Lord repeatedly that this conquest will be by his hands. While he was growing and with him grew this wish. He grew up working to achieve it, so Allah (swt) honoured him and he was the conqueror of Constantinople.

This is the mother in Islam, the educator of generations and maker of heroes, she establishes her children upon adhering to the rules of their Lord, that keeps their morals on the Straight Path and instills in them the work in support of their Deen for the success of their trade. They grew and with them grew their love for Allah (swt) and the Messenger ﷺ, so they sacrificed their lives to uphold and spread the word of Allah.

Where is the Muslim woman today from the mother of Al-Fatih? Is she preparing the children to achieve the second glad tiding: Rome? Did she not come across the hadith of our Messenger ﷺ and became determined to be the mother of the second Al-Fatih? And that her sons become the leaders of the armies in the Islamic State?

The West conquered Muslims with its concepts after it destroyed their state and excluded their Deen from their lives, and specifically targeted the Muslim woman due to its knowledge of their important role in raising generations and the making of men. So it worked to change her Islamic concepts and made her question them and sees things with the eye of Western capitalist civilization.

After she carried her son every day to the outskirts of Constantinople to remind him of the glad tiding of the Messenger ﷺ and revealed to him her wish that he carries the Raya and opens it ; she now takes him to school every day, and instills in him the thought to realize her dream: his success and to attain the first rank (in school) so that she boasts and is happy with it, she makes him think only of worldly successes that may be at the expense of performing his religious duties. So you see her sleepless to wake him up early to revise his lessons and be lenient in his prayers, so she does not urge him to perform them on time!

And after she instilled in him the adherence of his Deen, fear of sin, and makes him accustomed to assuming responsibility, trains for carrying difficult tasks and become one of men, she now sees him as a young child who was not blamed or accounted for his mistakes, she spoiled and ruined him.

The one who contemplates in the situation of most of our children today feels sad about what has become of them, they have no responsibility and no goal, and how can they have this if they had the wrong upbringing that fulfilled their desires and needs. Selfishness and self-love grew in them, and this dunya (life) became their greatest concern. The one raising them planted in them the love of desires and the pursuit of desires and whims and overlooked or intentionally ignored the good deeds and reaping the good!

I may be told: Do not generalize! There are Muslim women who are aware of their duty towards their children and are working to build them with sound personalities, and seeking to make them leaders and men, and I do not deny this, but they face difficulties and obstacles in a reality dominated by corrupt and corrupting concepts, that work to create lost unsound generations separated from their Deen. The sweeping stream spreads vice and corruption to distract children from their Deen and its rulings and instills in them the concepts of liberties and immorality.

By adopting policies imposed upon them, governments pass Western laws, and employ the media, that publishes corrupt concepts, and impose dull dictating educational curricula that pass poisonous ideas, to transform reality into a quagmire in which children drown and find themselves lost and not guided to a way out of their loss.

A Muslim mother who is aware of her role in building heroic men, must repeat every day in her son’s ears: that she asks Allah – as the mother of Muhammad Al-Fatih asked Him (swt) – to be a leader in the armies of Muslims in the second Khilafah Rashida (righteous Caliphate) on the method of Prophethood. And she always repeats that the solution must be the establishment of the Islamic State! Always repeats it to instill in him the hope that he will fulfill the glad tidings of the Messenger of Allah ﷺ of opening Rome, creating a longing from a young age and hope that will motivates him.

Let every mother work hard to sow in the souls of her children the love of fulfilling the second glad tiding of their Messenger ﷺ and come out like Salahuddin and Muhammad Al-Fatih, thus obtaining the honour of preparing them as conquerors and champions of Islam, raising its banner.