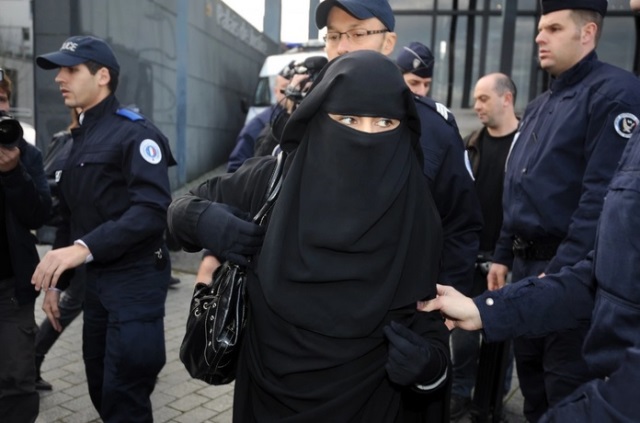 After failing its attempt to ban the Niqab (veil) in 2012, the Dutch parliament today approved the complete ban of the Niqab, from this moment it is prohibited for Muslim women to wear the veil in enclosed public places, and every woman who frequent those places wearing a Niqab will face a fine of nearly 405 euros. It is also possible for the police to order the one wearing the Niqab in other places to remove it for security reasons.

It is noted in the decision to ban the Niqab this time is the use of the term “limited ban”, instead of “full ban” that was used in 2012, giving the impression that is a moderate decision to some extent, because it allows the covering of the face in the street, this was stated by the Minister of the Interior, Blaistrik, when he said, “Women can wear the veil at home and in the street, because we live in a free country.”

But practically what did the minister mean by saying that it is permitted to wear the veil in the street? Since the ban covers public transport such as buses trams and bus, train and subway, also includes the school yard and municipal halls, hospitals, health centers, police stations and the court, so how is wearing the veil in the street is allowed? This means that the only time a woman is allowed to wear the veil is when she is just walking in the streets, but even this will be difficult for Muslim women because of the societal pressure and the hostile atmosphere against the Niqab. The Interior Minister has also stated that it is allowed to wear the veil in the house, but the Niqab and Jilbab are not worn at home, it is absurd and crazy that the minister determines for us as Muslims what can or cannot be worn at home.

This means that from this moment, the state will not tolerate women wearing the veil in public life, and since the veil is not worn in the house, this means very clearly that Minister Blaistrik’s remarks about the partial ban has no reality. Whether the ban is partial or full, they are both of a repressive nature. The partial ban with some exceptions, has no reality and it is more or less a full ban, and that the so-called partial ban of the veil because we live in a “free country”, is in contrast with the idea of ​​freedom, which the West boast about for so long.

Some of the flimsy arguments that the decision to ban the Niqab relied upon is that it is for the protection of public security, and this is ambiguous. In 2011 and 2012, we expressed our concern and our criticism regarding the attempts to ban the veil, and we said at the time that banning the Niqab has nothing to do with security, but it is a blatant attack on Islam and inflicting injustice on Muslim women, and this is how these measures against symbols of Islam and Muslims should be viewed: as an attack on Islam nothing else.

And for us to ask: since they prevented the veil in order to preserve security,  so who is responsible for Muslim women who chose to wear the veil based on their conviction if they wish to go out in public, especially in these days of charged atmosphere of fear and hatred?

Another point the Parliament relied on to ban the veil it is that it is an injustice to women, we say that what is perceived from reality is that Muslim women are not oppressed by the veil that they decided to wear out of conviction, but the cause of injustice is the repressive measures taken by the State against women and against their choice from conviction.

As for their saying that the government has decided to ban the veil in order to contribute to the integration of Muslim women into Dutch society, it is an expression of a myth of the so-called Western freedoms. The idea of ​​integrating Muslims into Dutch society, which is practically assimilating of Muslims in society, is incompatible with the idea of ​​so-called freedom, and to integrate or assimilate Muslims, the government disregards the rights of Muslims in preserving the Islamic identity.

It is known that most of the women who wear the Niqab have done so out of their free will, and they chose it voluntarily. Therefore, the Western society which upholds freedom should respect this choice, but we have become accustomed to the double standards of the West in dealing with the Muslim when it comes to Islamic symbols; on the one hand it imposes on the Muslim community to accept freedom, and on the other hand it strives to deprive them these freedoms.

Although the Dutch people expect Muslim women to be active participants and part of this community, but if Muslim women chose to be effective in the community according to their own convictions and Deen, the society rejects them, putting obstacles in front of them and work to isolate them in their homes.