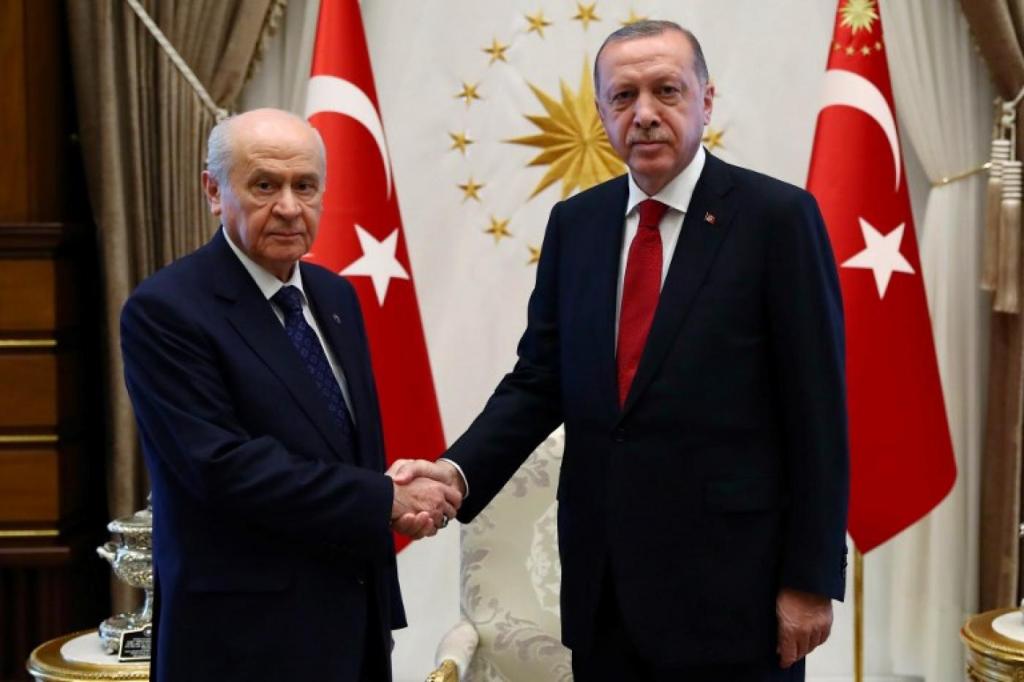 In this regard, the following issues have to be put on the agenda and the legal and moral basis for them must be ensured in no time to remove nightmare clouds on Turkey and on our political life.

In the previous days, Bahçeli, the President of the MHP, reacted to the “Country Desk” call made by Good Party Chairwoman Meral Akşener and the President of the CHP, Kemal Kılıçdaroğlu, who said that they could give deputies to the parties of Ali Babacan and Ahmet Davutoğlu to make an alliance, and made abovementioned statements. Especially, during the last decade, it is seen that Devlet Bahçeli acts as a member of the AKP rather than acting as a separate political party. So to say, Bahçeli works like the Deputy Chairman of the AKP responsible for the MHP. As with the statements regarding early elections, many issues demanded by the ruling party are brought directly to the agenda through Bahçeli’s mouth. At the moment, based on the statements made by Kılıçdaroğlu and Akşener, Bahçeli requested amendments of some laws. We can say the followings regarding the statements made by both parties.

a. Political parties (including the Felicity Party) which were led by the CHP and participated in the elections under the name of “Nation Alliance”, follow the European, that is, British politics. Political parties which are part of the People’s Alliance and are led by the AKP are representatives of the America’s interests. Therefore, both sides act according to the wishes of the colonialist whom they serve and want to realize their interests. The explanations they made are by no means for the benefit of the community, Muslims living in these lands. If and only if, these statements and activities are for satisfying and realizing the benefits of their colonialist patrons.

b. As with other countries all over the world, the course of the economy in Turkey is not good due to the Covid-19 outbreak. Bahçeli responded with above mentioned expressions to Akşener, who wanted to turn this situation into an opportunity for them and made the statement under the name of “Country Desk” and to Kemal Kılıçdaroğlu who said they would transfer deputies to the DEVA and Future Party.

c. Indeed, after the statements made by Akşener, Kılıçdaroğlu and Bahçeli, the politics in Turkey have started to get warm and the coronavirus has started to fall off the agenda, gradually. Because, interestingly, the normalization steps have begun to be taken in the same period and with the same timing all over the world. For this reason, on the one hand Erdoğan and on the other Bahçeli took action quickly to nullify the attack that the pro-British wanted to start. While Bahçeli requested changes in some respects like election law, Erdoğan wanted to change the agenda by putting the squeeze on the opposition over the events happened in Adana and Izmir and other issues. He did not want to give opportunity to the opposition’s actions and activities that will use economic difficulties to put the government into trouble in post-Coronavirus Especially, Erdoğan is putting a squeeze on the CHP, the castle of the British, over the Muslims’ emotions. Because Muslims in Turkey are showing sensitivity to the attacks of the CHP on the Islamic values and take sides with the ruling party.