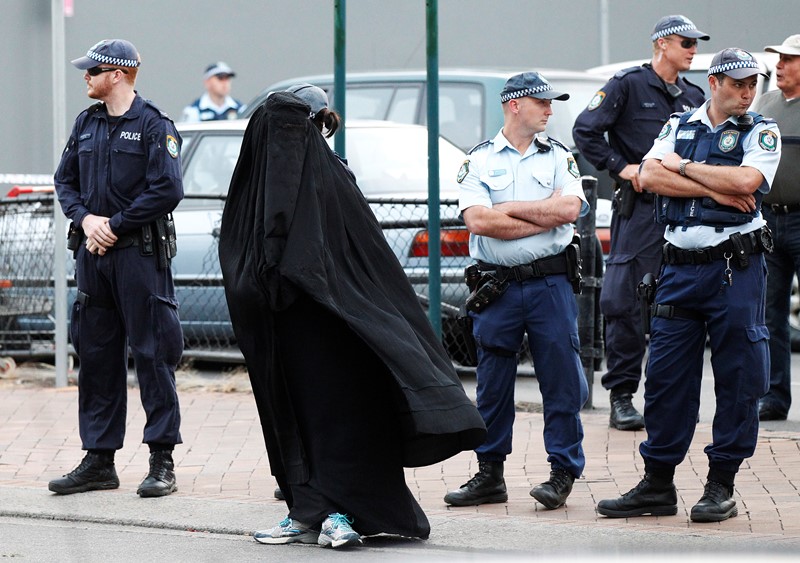 On 16th February 2017, the Sydney newspaper “The Daily Telegraph” reported that Crossbench Senator Jacqui Lambie insists her move to ban the burqa from public places has emboldened ‘oppressed’ Muslim women previously afraid to speak out.

When one becomes familiar with her calculated war on the Muslims of Australia where she brazenly campaigns for a ban on, not only the Muslim woman’s dress but Muslims in general, we can immediately sense a great contradiction in her attempts to become a ‘hero’ for female Muslims. We wish to draw attention to the highly dangerous game of political duplicity, that many international politicians seem to be coining in order to promote their defeated ideas onto an unwitting public, desperate for someone to blame for their declining state of affairs. Ms Lambie’s disguise as a champion for Muslim women’s rights could not be further from the truth and her call for criminalizing young girls if they wear the Islamic dress is only further evidence of her tragic misconceptions about what Muslim women want and what our needs really are.

Ms Lambie would do well to acknowledge that Muslim women living in established democracies are well aware of their rights to dress in a variety of manners and yet millions of Muslim women, young and old, still choose to defy social fashions and expectations by wearing Islamic clothing. This they do at great costs to their personal lives including endangering their own safety as politicians senselessly incite ever-increasing Islamophobic sentiments that fuel ignorance about Islam and racist attacks. Previous international examples of government bans on the Islamic dress have proven that Muslim women are not oppressed by their male relatives or sharia law, but are actually socially and politically paralised and isolated by the very liberal democratic ideas that western government wish us to embrace! This dichotomy proves that liberal values are not mutually inclusive and are a divisive tool used to hide the extremist ideals of a selfish political elite who hide behind the Islamic identity in order to cover up their own failures.

Muslim women are being terrorized by the new fashion to label Muslims as the ultimate enemy of the state and with Muslim women being highly recognizable figures in the Islamic community, this makes them walking targets for those that wish to exercise their ‘freedom of speech’ to abuse, degrade and insult women who are in actual fact amongst the most productive, humane, intelligent and sensitive members of any society they live in. Ms Lambie and her kind can attempt to pull the wool over the eyes of some already blinded by hatred for Islam, but those who are neighbours, work colleagues and teachers of Muslim females know the truth that the Islamic values Muslim women live by are not to be feared but are to be revered and taken as a model for righteous conduct that positively affects those around them. Allah سبحانه وتعالى in the Quran advises Muslims to have patience when faced with the slanderous campaign wages against those that call for truth and justice.

“So (for me) patience is most fitting. And it is Allah (Alone) Whose Help can be sought against that which you assert.”

We urge our sisters in Australia and around the world to be patient and steadfast in their practice of Islamic rules regardless of the lies and consequences developed by the real enemies of the State – those corrupt, greedy, career seeking politicians in power.