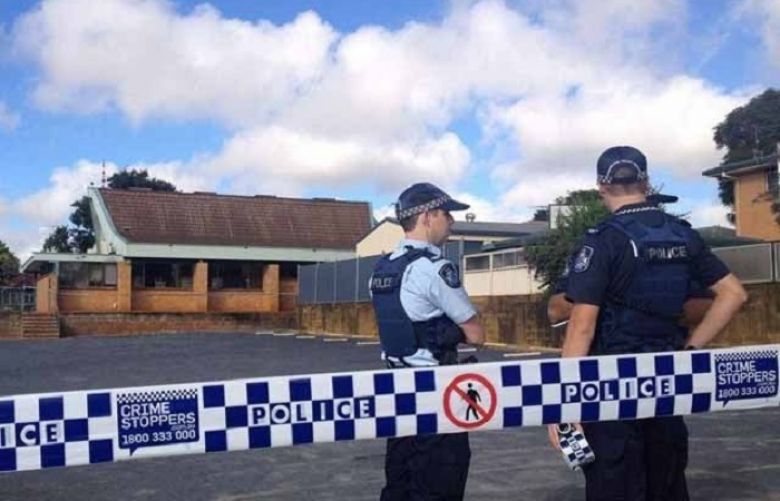 Muslims in Australia are increasingly placed under the spotlight. Mosques, Islamic schools, centres, Muslim businesses and now, with the prayer room audit targeting Muslim students in public schools, every segment of the Muslim community is being scrutinised. However, the main spotlight and target directed towards Muslims in Australia has been upon the Muslim youth and this is by no accident. Muslim youth have now become fair game for both the Federal and State governments and their policies. In accordance with the US led global campaign against so-called extremism and radicalization, the Australian government is using their soft power strategies that aims to impact Muslim youth the hardest. In June 2011, Attorney-General Robert McClelland said, “The Australian Government, like our allies in the United States and the United Kingdom, recognise that addressing the causes of radicalisation leading to violent extremism must be a priority”.

During the last 12 years, Muslim communities have witnessed the Howard, Rudd-Gillard, Abbott and Turnbull Federal Governments of Australia all spend 100’s of millions of dollars implementing their counter-extremism and radicalisation policies that directly targets the identity of Muslim youth. State Governments have also played their role with the latest announcement by the New South Wales state premier Mike Baird with their 47 million dollar campaign to fight extremism in NSW schools and communities. Muslim organisations have wrongfully cooperated with both federal and state governments by publicly rubber stamping Government policies and accepting millions of dollars of funding for community projects designed to fight extremism and radicalisation and alternatively promoting so-called moderate and contextualised Islam.

The main objective that the Australian government has by targeting Muslim youth is to make them adopt and practice a personal, secularised Islam as a personal faith, equal with other faiths and subordinate them to the prevalent secular democratic system. In turn, the aim is to integrate the youth by involving them in mainstream politics, sports, and culture, diverting them away from key Islamic creedal concepts, and actions such as enjoining the right and forbidding the wrong, adopting the concept of one global Ummah and working for its interests, Khilafah (Caliphate), jihad, accounting the rulers, and presenting the Islamic way of life as a radical alternative to the current order.

The battle to integrate Muslim youth in the secular liberal West therefore happens through various ways and means, most prominently through educational institutions such as schools and universities, and through various initiatives such as leadership programs, youth summits, exchange programs, mentoring programs, sporting and cultural activities, and interfaith dialogue.

Australia’s Howard government in 2004 initiated policies targeting Muslim youth by launching the National Framework for Values Education that was part of the National Action Plan (NAP). Among the aims of the NAP initiatives was to “support educational and community programmes and projects encouraging loyalty and commitment by all Australians to their country, especially its parliamentary democracy and legal structures, and the promotion of Australian values.”

Brendon Nelson, former Minister for Education commissioned a values education study in July 2002 which resulted in the National Framework for Values Education, launched in 2004. Its aim was to place ‘Australian values” much more prominently in education policy. 31 billion dollars of federal education funding was made available to schools tied, importantly to the implementation of the new framework. The Minister for Education clearly warned Islamic schools at the time that they must teach Australian values.

The current Turnbull government in 2015-16 continues targeting Muslim youth in schools. Minister Micheal Keenan the Minister Assisting the Prime Minister for Counter Terrorism together with the Minister for Education and Training, announced in February the New Schools Initiative. The new schools’ initiative aims to place teachers as a source of intelligence gathering of Muslim youth in the name of preventing youth from radicalisation. This according to the government is “done in three key support measures: providing awareness training for relevant school staff on understanding radicalisation to violent extremism, appropriate support and referral pathways”. The Radicalisation Awareness Kit aims to provide teachers with this awareness of the so-called tell tale signs of radicalisation that they are expected to report to the police every month. Some of these signs are increased religious devoutness, a significant change in appearance, “statements of moral superiority”, or searching for answers about faith and identity “in an inappropriate way”. Reportable incidents also include “graffiti in the school relating to extremist or terrorist organisations”; “threatening other students in regard to religious practices”; “writing or sharing violent or threatening racial comments” or “concerns raised to a school about an ex-student’s activities whose siblings still attend the school”. Teachers are instructed, “If you become aware of an issue under any of these circumstances you must report to the school safety and response hotline,” the guidelines read. “A copy of all incidents will be provided to NSW police at least monthly.” A separate sheet given to teachers makes clear that “local, community and world issues can and should be a part of normal discussions in schools and everyone has the right to explore and debate ideas in a tolerant and respectful manner”. But it notes, “if support for extremist behaviour is exhibited during these discussions you should advise your principal”.

Case studies are being used as part of this training to observe would-be “tell tale signs” of radicalisation, with the usual ridiculous tropes high on the list of watch-out signals. One case study that was presented to executive staff is of a 15 year old Muslim school girl who ‘admits’ to her teacher that she was shown ‘violent’ online videos from Syria and that she wanted to travel to Syria and learn to ‘fight’ in order to ‘help her brothers and sisters being murdered’. Other signs that executive teachers and staff at schools are being “trained” in regards to include: missing basketball practice; not appearing to socialise with her small group of close friends as previously; spending more time alone.

These sorts of embarrassing case studies are, needless to say, ludicrously simplistic and reductionist in how they depict ‘radicalisation’, and will only help proliferate the most damaging stereotypes about young Muslims, leading no doubt to suspicion at schools. That ‘missing basketball training’ could ever become a sign of radicalisation shows the extent to which a government-assisted, media-hyped hysteria has been fashioned in the consciousness of people in Australia.

The lack of willingness to acknowledge that events overseas often concern Muslims – both young and old – is another feature of these misplaced “training” regimens. If, as is feared, young Muslims started being singled out for being “radicalised” on such grounds, the sense of resentment is only likely to increase, not decrease.

The school playground has therefore by extension been included in the battleground for the government’s fight against radicalisation, targeting our most vulnerable and innocent our children. Mariam is a year 5 student who had been caught in this crossfire and this is her story.

“During lunch time, I ran up to my old kindergarten teacher and I said “Miss, look at my gun (playfully). I put my carrot on top of my apple to make it look like a toy gun. The teacher walked closer to me, stood over me and said, “How dare you!” She was yelling and screaming her head off and she said again, “How dare you do that? If I were to call the police right now, you will get into big trouble and what you’ve just done is an act of terrorism”! She said that she was going to tell my year 5 class teacher and then the Deputy Principle and then tell my mum and tell her what I’ve done. I told her that I was just playing around and I didn’t know what I did wrong. The teacher said, “That’s very rude of you. Sit down and eat your lunch now.” After lunch, she told my class teacher, who called me to the side of the class after everyone had left for home time. She said to me, “What you did at lunch time, you can’t do that. It’s an act of terrorism. But don’t worry, you’re not in trouble.” she said.

Schools should be a place where children’s learning capabilities are enhanced in a safe and nurturing environment. Muslims have been part of the public education system for decades and have produced many individuals who have gone onto achieve their goals through education and in their professional careers. We must resist any attempt to vilify our children and policies that may be used to this end.

Intimidation of Muslims Student Associations in the media and the policing of their events by authorities has also taken place in Australia. In 2014, officials from the University of Sydney intervened and cancelled an event organised by the Sydney University Muslim Association citing security reasons. In another incident, the Muslim Student Association at Western Sydney University in 2015 was targeted for hosting an event with segregated seating for males and females.

Government interference in and dictation to Islamic schools went so far as drawing up a new curriculum for Islamic studies, led by the avowedly secular National Centre Excellence of Islamic Studies (NCEIS). “In collaboration with the leadership and teachers of selected Islamic schools and Muslim peak bodies, the NCEIS will design and develop a Common Curriculum Framework (CCF) for teaching Islamic studies in Australian Islamic primary and secondary schools. The CCF will help to create discerning students, who are able to differentiate mainstream, traditional Islam from violent extremism. Acknowledging Australia’s and Islamic history, will be presented with adherence to traditional principles.

Interfaith dialogue that aims to show Islam as equals to all other faiths which promotes a subordinate position to the secular system – has been a prominent activity pushed by the government for the youth with particular attention placed upon Muslim participation. One example was in 2006 called Funding of Project Abraham: Reaching Out to Country, that aimed to increase knowledge, awareness and understanding of the commonalities that Muslims, Jews and Christians have in the context of exploring social issues. Government Minister Andrew Robb said at the time, “A school project uniting Christians, Muslims, and Jews will reinforce Australia’s proud tradition of respect for racial and religious diversity in the Australian community… We are very good at integrating people from all over the globe but we have to keep working at it.” Integration amongst all Australians – whatever their faith – is the best way to prevent extremists getting a toehold in Australia”.

These are a few ways in which the Australian governments have taken aim over the last 12 years targeting the identity of Muslim youth through the social engineering of the Muslim community and their children via anti-terror, extremism and now radicalisation policies. Muslims therefore have to be fully aware of the active campaigns that aim to replace their children’s Islamic identity to a secular nationalist one via the education systems be they state or Islamic schools.

“The Jews and the Christians will never be pleased with you until you follow their religion. Say, ‘Allah’s guidance is the true guidance.’ If you were to follow their whims and desires, after the knowledge that has come to you, you would find no protector or helper against Allah.”