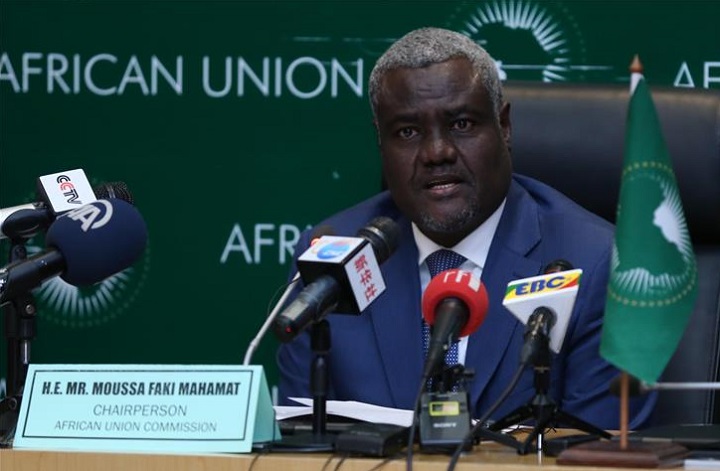 On Thursday, 22 July 2021 the Israel Foreign Minister Yair Lapid announced that Israel has rejoined African Union (AU) as an observer state. He said Thursday was a day of celebration for Israel-Africa relations, noting that Israel currently has relations with 46 African countries. After the announcement was confirmed by the Chairperson of the African Union Commission (AUC), Moussa Faki, it sparked huge controversy with Algeria, Egypt, Libya, Tunisia, Mauritania, Comoros and Djibouti submitting their objection to the action taken by the AUC’s chairperson. Their letter was signed by Jordan, Kuwait, Qatar, Palestine and Yemen, in addition to the delegation of the Arab League. On the other hand, Botswana and Namibia rejected the decision while South African government issued a statement saying the AUC made the decision unilaterally without consulting its members. (The Star, 07/08/2021)

Comment:
The controversy is just a plot by the said countries to save their faces in front of their citizens. But, in reality they are all partners in crime with AU since its cardinal policy is that of two state solution! As confirmed by the AUC’s chairperson statement that he hopes the accreditation of the observer status to ‘Israel’ will intensify the advocacy of the AU for the fulfilment of the principle of two states and restoration of peace between two states and two peoples!

The Jewish entity ‘Israel’ is just a shadow that exists as a result of the security provided to it by the surrounding nations. The said nations are ruled by colonial agent rulers who have sold their souls to the Western colonialists based in Washington, London and Paris. Hence, their policies are informed by their masters’ interests. Their objection is nothing but a charade to hoodwink the Palestinian people that they have support from them! Alas! Instead they are the ones conspiring and digging their graves!

Palestine is an Islamic issue that calls for an independent Islamic state of Khilafah (Caliphate) reestablished on the method of Prophethood to mobilize its armies and liberate Al-Aqsa and the rest of the Muslim lands. The absence of the Khilafah creates room for colonial tools such as AU and its examples to legitimize the existence of the butcher and occupier Jewish entity ‘Israel.’ As for Africa it is just a colonial farm, its agent rulers are colonial farm managers and its citizens are a colonial workforce.

No wonder, Britain, USA, France etc. are observer states to AU! They fund its projects, draw its policies and build its infrastructure at a huge cost in return for what?! Indeed, it confirms the saying, ‘the dog is a slave to its master.’ The damage perpetrated by the Western colonial states to Africa and the world at large spans from intellectual subjugation to material plundering is inestimable. To-date America is leading the pack with its onslaught against the revival of the independent Islamic state, Khilafah.

Change whispers cannot be wished away especially now that the fall of the American regime is eminent. The events taking place across America, the alleged beacon of democracy expose the total failure of the democratic god. Therefore, an alternative superpower state is about to emerge to liberate humanity from the yokes and annihilations of the Western secular capitalist ideology and its proponents. Indeed, the alternative is nothing but the Khilafah reestablished on the method of Prophethood.

Consequently, now is the moment to join and work for the #ReturnTheKhilafah project. A project whose goal is to liberate humanity from the deifying of creation into the worshipping of their Creator – Allah (swt). A project that will respond to the cries of those in Al-Aqsa, Kashmir, Syria, Yemen, Afghanistan etc. The resumption of the Islamic way of life via the reestablishment of the Khilafah will deliver genuine and urgently needed security, peace, tranquility and prosperity. Since, the Khilafah government will implement comprehensively the Islamic systems that emanate from the Shari’ah.