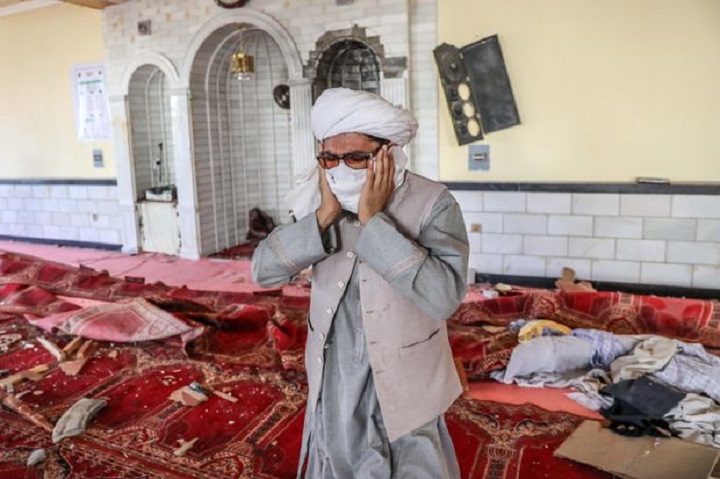 Afghanistan has witnessed waves of targeted assassinations and fatal explosions inside Masjids among worshipers over the past year, killing hundreds of Muslim scholars (Ulama), imams of Masjids (preachers) and lecturers of Islamic studies. A number of Afghan scholars have regarded such attacks to be extremely ‘questionable’ as they unequivocally accuse some of the internal elements in the current regime to have been red-handed with such filthy conspiracies.

The Media Office of Hizb ut Tahrir / Wilayah Afghanistan condemns the assassination of Ulama and the explosions in Masjids in the strongest possible terms, and considers these monstrous acts as the peak of terror and an obvious enmity with Allah (swt), His Prophet (pbuh), the believers and the worshipers. The perpetrators of these unforgivable crimes have violated all Islamic and humane values.

In fact, the attack on Ulama and Masjids has turned into a complex [covert] game through which the lives of Ulama and Islamic sanctities are being targeted by the elements involved in the war and/or affairs of Afghanistan to gain further leverage and concessions through peace talks.

The Mujahed people of Afghanistan must realize that the assassination of the Ulama is not an ordinary occurrence [which shouldn’t be taken for granted], behind which systematic and purposeful plots seem to be operating to silence the righteous voice of the Ulama to keep the people away from Masjids and/or places of worship. In fact, the key benefits of such unforgivable crimes go directly to the occupation, treacherous rulers, secularist figures and civil societies, creating noticeable gaps between the people and the Ulama which will eventually lead to the growth of secularism and atheism in Afghanistan. The sincere Ulama must also realize that the current puppet regime is committed only to watch for the security of traitors, corrupt individuals, hubs of prostitution and bars; therefore, providing security for Ulama and Masjids is not a priority for this system. Had the assassination of sincere Ulama caused sympathy in the cheap conscience of the current puppet rulers, they wouldn’t have reacted ruthlessly against such heinous acts.