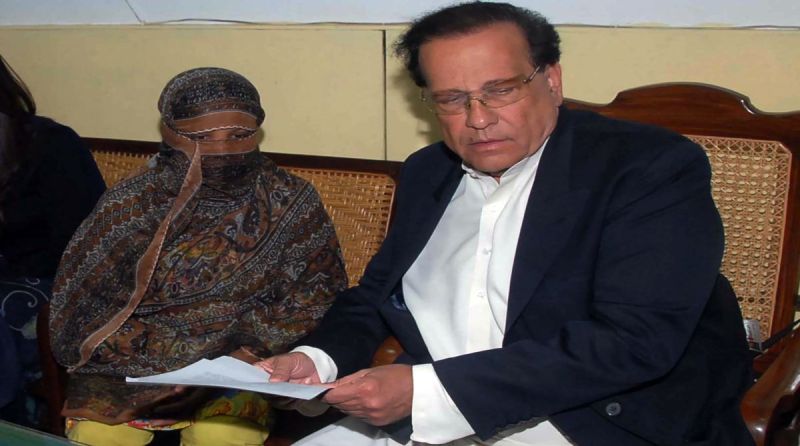 The Asia Bibi case has once again highlighted the problem of Pakistan being an unnatural client state, a problem which lies at the heart of and is the root cause of many of the problems which we as a society face today.  The issue is pretty straightforward. Islam seeks to protect its “Aqeedah” (creed) and its sanctities like all civilizations. Every civilization has its own way of defining what its sanctities are whether they be national borders, “freedoms and liberties”, communist parties, leaders and ideologues, narratives about history like “Holocaust” or historical, religious, political or cultural institutions. Blasphemy in Islam is punishable by death. Through such a punishment Islam seeks to protect the sanctity of Prophet Muhammad ﷺ and the divine texts. In Asia Bibi’s case, the confusion arose because questions were raised about whether the act of blasphemy actually took place or not. Some claimed it was, others claimed it was not established with certainty. It was thus for the dispute resolution institution of the state, the judiciary, to decide on the matter. And it is here where the problem of unnatural client state manifested itself once again as it has in so many other problems where the society-state relations are involved. The judicial ruling on the Asia Bibi case was not seen by Islamists as a fair decision. The liberals hailed the decision as not only legitimate but courageous. So the discussion has thus naturally morphed in to the legitimacy of the State and its institutions.

Pakistan’s state is unnatural because it is built on secular principles and ideals. Such principles and ideals are not shared by the majority of the masses. For the last few years the politics of Pakistan’s mainstream secular parties revolved around court rulings related to politicians, where court decisions disqualified quite a few influential politicians, changing the political landscape of the country. The liberal intelligentsia strongly opposed such court decisions arguing that they were issued by the judiciary at the behest of the military establishment and were not based on sound legal footings. The country and the masses thus witnessed a strong campaign by politicians and liberal intellectuals, arguing that the court decisions related to disqualification of politicians are not legitimate. However in the Asia Bibi case, these very politicians and intellectuals demanded that the masses accept the court as a legitimate institution and hence accept its verdict in the case. Such a contradictory demand strengthened the conviction of the masses that the demand to accept the decision of the court is not because the liberals and politicians believe that the court made a just decision in the Asia Bibi case, for these very politicians and intellectuals were waging a strong campaign criticizing the decisions of the judiciary in other matters. Rather the masses perceived that the demand to accept the court’s decision in Asia Bibi case is in fact a reflection of the secular nature of the state where the state released her not because of the facts of the case rather because the state is not convinced that blasphemy should be a punishable crime. Such a conviction has openly been espoused by some of the liberal politicians and many liberal intellectuals. Thus the Islamists saw this issue as one, where the state acted in a partisan manner. This was thus not about due process any more. It became a more fundamental struggle, a secular state versus the Islamist masses. That the European Union linked Pakistan’s access to its markets to the release of Asia Bibi, and the recent meetings of Pakistani officials with officials of the European Union where such demands were presented, further strengthened the belief that the unnatural secular state is acting out of its slavish compulsions to western powers.

The public backlash by Islamists on the Asia Bibi case verdict was thus a strong statement of their refusal to accept the legitimacy of the secular state. This backlash reflects the unnatural nature of the state. The Pakistani state of today is the continuation of the new State built by the British colonialists on the ruins of the Islamic rule established by the Mughals. The state built by the British was built on secular ideals and foundations. The Pakistan Penal Code (Act XLV of 1860) is the penal code issued by the British which has been amended by the Pakistani legislature from time to time, but whose structure and essence remains that which was envisaged and designed by the British. Through political factions established under her supervision and educational reforms designed and implemented by them, the British created a local class of political, military and intellectual elites who served to protect the secular state from the pressures of the Islamist masses.

Pakistan will continue to face crisis after crisis because all unnatural states are by their nature unstable because they do not find legitimacy from the people they govern, so they seek to suppress and subjugate such people through the use of force and seek legitimacy for their existence from foreign powers. Thus all unnatural states are either very repressive in their nature or responsive to foreign pressures and demands, or both. Pakistan will only see an end to the crisis that we have witnessed in the aftermath of the Asia Bibi case when it becomes a natural State. And the natural state of Islam and Muslims is the Khilafah (Caliphate), which governed Muslim lands for centuries bringing prosperity and stability for its subjects and global dominance for the Deen of Truth. Allah (swt) said, يُرِيدُونَ أَن يُطْفِئُوا نُورَ اللَّهِ بِأَفْوَاهِهِمْ وَيَأْبَى اللَّهُ إِلَّا أَن يُتِمَّ نُورَهُ وَلَوْ كَرِهَ الْكَافِرُونَ * هُوَ الَّذِي أَرْسَلَ رَسُولَهُ بِالْهُدَىٰ وَدِينِ الْحَقِّ لِيُظْهِرَهُ عَلَى الدِّينِ كُلِّهِ وَلَوْ كَرِهَ الْمُشْرِكُونَ “They want to extinguish the light of Allah with their mouths, but Allah refuses except to perfect His light, although the disbelievers dislike it * It is He who has sent His Messenger with guidance and the religion of truth to manifest it over all religion, although they who associate others with Allah dislike it.” [Surah At-Tawba 9:32-33]