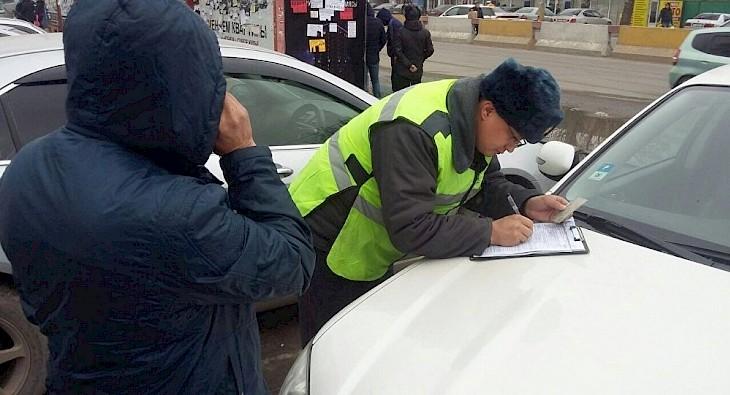 The fines for car owners and drivers have also been raised from 1,000 to 45,000 Kyrgyz som. It is expected that the project will be launched under the heading of the “Sane City” by collecting the maximum amount of money from the people. The project includes the installation of surveillance cameras in the city center for monitoring and a registration system will be put in place. This project will be conducted by a selected company by tender. As a result, all “criminal” work is registered in central computers, and a great deal of fine is imposed on citizens, as is currently the case in a number of economically developed countries such as the European Union, Georgia and Russia.

However, when we look at the standard of living of Kyrgyz citizens and the implementation of these projects, we will find that their usage will not be simple. That is, the minimum standard of living for the people of Kyrgyzstan is 4,700 soms! And the elderly pensions are no more! The average monthly salary reached 15,000 soms in the current year and the number of people unemployed is at a record level in comparison to the world level. Unlike the European countries, the Kyrgyz state does not consider the problem of employing every citizen as part of its duties. The majority of Central Asian people do not work in official jobs in the state. The people themselves are barely making a living. But officials in the regime do not consider it incumbent on them to provide work places and earnings for its people, given the low standard of living.

The government of Kyrgyzstan is foolishly proud of having made a number of the above-mentioned amendments! Rather it is obligatory upon it to ensure the rights of the citizens before demanding them to pay a fine. The ruler should not be content with his living while the governed are not content with their standard of living. When the famine occurred in the time of our master Omar bin al-Khattab may Allah be pleased with him, during the Aam ar-Ramada (Year of Ashes), Omar (may Allah be pleased with him) took an oath not to eat butter until the famine passes causing his skin color to change. (Extracted by AbuBakr ash-Shibani from the book, Al-Ahaad wal Muthani). He used instruct his governors of this as well. He wrote to Utbah, feed the Muslims before yourself in their journeys as you would feed yourself. (Narrated by Al Bayhaqi in the Great Sunan).

Indeed the government is responsible for its flock! It first does its duties and then asks the people to abide by the law! Kyrgyz authorities have not considered the above-mentioned penalties from a perspective of crime prevention or people’s prosperity! Rather, the purpose of these fines is to supplement the treasury, which has become empty due to the government’s unbalanced political and economic measures! There is a proverb saying, “Do not stretch your legs more than your quilt”. That is, the government has adopted this project prematurely. In fact, by its implementation corruption will increase, and the security agencies, officials and the judicial system will enjoy an easy criminal environment to make money above the law. They will use the constitution as a weapon of corruption, and thus people will become increasingly frustrated. In order to prevent that, the government will slightly raise pensions and wages, but since more than half of the population is unemployed and suffering abroad to earn money, it will be clear that the government has deceived us once again!