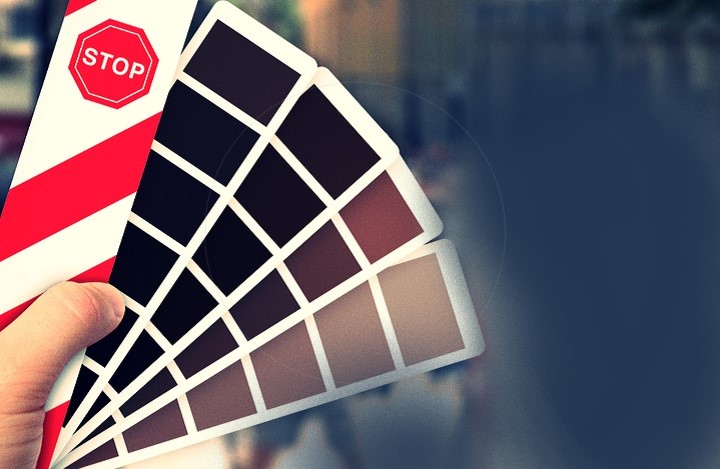 A Dutch court ruled on Wednesday that border police can use ethnicity as one of the criteria for selecting people for checks at the border, as this can be an indication of a person’s nationality or residence status. It can’t however be the only criteria, other reasons to be selected for an extra security check besides “not looking like a Dutch national, are being dressed in a suit and walking fast”.

The above criteria were given as an explanation by the border police, when they stopped Mpanzu Bamenga, a former Eindhoven city councillor and academic, who was singled out for special questioning at passport control at Eindhoven airport, after returning from Rome where he had attended a conference. He was dressed in a suit, walking fast and apparently not looking like a Dutch national because he is a man of colour, which instead made him resemble a ‘Nigerian money smuggler’ according to officials.

We can extensively discuss why this verdict is wrong on so many different levels but sadly this reality is nothing new to someone who has experienced racial profiling on a regular basis. The only difference is that it has now become something that has been said out loud and is legal.

The case comes against a backdrop of a broader debate about race, inequality and discrimination in the Netherlands in response to the death of George Floyd, the Dutch Prime Minister Mark Rutte conceded that racial inequality was an issue in the country, as well as the USA.

He said at the time: ‘There are also people living in the Netherlands who in that regard feel that they don’t fully fit in, that they can’t play a full role in this society.’ ‘That is also a Dutch problem. There is racism here, too. There is discrimination here, too.’

Yes of course people will feel that they do not fully fit in as they are not perceived to be a Dutch national due to the verdict which states that skin colour can be an objective of criminal behaviour or not being Dutch.

We need to accept that these societies either tried and failed to create a society in which people of all races can flourish, or failed to sincerely try at all. For most if not all Western societies have racism embedded in their history, the Netherlands being no exception. Throughout their history they have been involved in two racist endeavours, slavery and colonialism. For more than 250 years The Netherlands had extensive colonies in the regions that are now known as Indonesia, South Africa, Suriname, Curaçao, New Guinea – and beyond – where enslaved men, women and children were treated as barely human. This phenomenon wasn’t only something that was seen oversees, it became a mind-set that seeped into every level of society on home soil and has left a legacy that we still see today, one of them being the verdict in the above case.

Islam’s history on the other hand is very different, as it gave the world a complete new bond between people, a bond which transcends all other bonds, an ideological bond based on the Islamic Aqeedah.

“O mankind, indeed We have created you from male and female and made you peoples and tribes that you may know one another. Indeed, the most noble of you in the sight of Allah is the most righteous of you.” [Hujjurat, 49:13]

Its message was that all people are the descendants of ‘Adam and Hawwa’ and share this honour equally. The only difference between them is in the religion that revolves around their obedience to Allah the Exalted and their following of His Messenger [saw] and that ‘you earn honour with Allah the Exalted on account of Taqwa, not family lineage.’ (Ibn Kathir)

More importantly Islam actually lives up to its values through the Islamic legal system. You will never see distinction made between race of nationality. So all citizens of the Islamic state should receive the same protection of one’s life, property and honour. Also the judicial system, never brings up the issue of race preventing as much as possible the emergence of racism within society at large.

“When you judge between people to judge with justice.” [Surah An-Nisa 4:58]. Justice, not whether one is Black or White or Arab and non-Arab.

«الإِمَامُ رَاعٍ وَمَسْئُولٌ عَنْ رَعِيَّتِهِ» “The Imam is a guardian and he is responsible for his subjects.” [Agreed upon by Muslim and Al-Bukhari].

The term “subjects” is general and it includes all the subjects, Muslims and non-Muslims, Black and White, Arab and non-Arab alike. Likewise, all the general evidences related to citizenship in the Islamic Sharia’h indicate that it is forbidden to discriminate between the Muslim and the non-Muslim, between the Arab and the non- Arab or between the white and the black.

To put it in the following words:

“Perhaps liberal theory and liberal history are ships passing in the night,” speculated Uday Singh Mehta of the City University of New York in 1999.

…And it is time for the return of Islam.