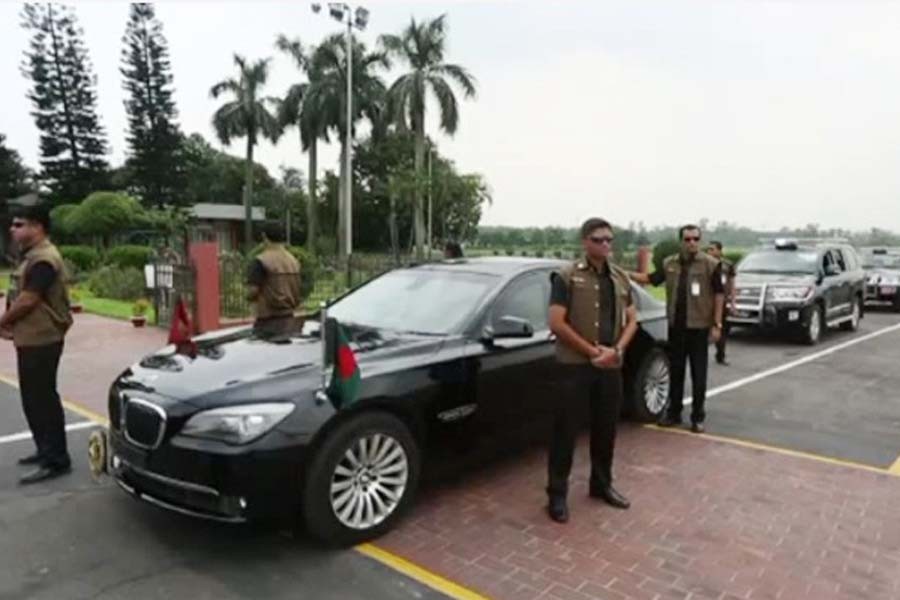 Once again, Sheikh Hasina is taking a prerogative legislative measure to secure further protection for herself and her family members though she woefully failed to provide the same for the people of this land. The Special Security Force Bill 2021 that specifically aims to provide state security for the family members of Sheikh Mujibur Rahman has been placed in the parliament. Hasina needs more protection because she has got completely alienated from the people over a period of time, and now she perceives that the people’s anger has reached to a volcanic peak. Tyrant rulers are always scared of people and Hasina is no exception to this. Moreover, she committed a number of unforgivable crimes against the people. How can we forgive her when her corrupt regime has made millions of dollars out of so-called ‘mega development’ projects at the expense of people’s basic needs leaving huge debt on their neck? How can we forgive this treacherous leader who handed over our sovereignty and strategic resources to Musrik India by allowing transit, and permitted them to use our ports, roads and rivers? How can we forget the painful ‘Pilkhana Massacre’ and her conspiracy to weaken our armed forces for the benefit of foreign powers? How can we let go this traitor who joined the Crusader Colonialists to wage war on Islam and plotted against the noble Ummah, executing their policies and directions shamelessly? Alas, Hasina is now resorting to secular law to get away from public accountability and to escape probable punishment that is awaiting to her fate. She very well knows that such laws will not eventually safeguard her from the anger of the people. It is just her weak-minded folly to think that some forces will be there to protect her when her days are over. But surely such special prerogative laws will not do any good to protect her, and she must be brought to justice soon by the will of Allah (swt).

O Sincere Officers in the Military, these are the worst kind of people who have committed unforgivable crimes. The longer they stay in power, the more desperate they become to bring harm upon the people. Sheikh Hasina has never cared about the wellbeing of the people, and neither has she cared about the sanctity of the Islam and the Muslims. So, do not become part of her crimes by giving protection to her and the members of her family. Rather, seize the traitor Hasina as she is now weaker than ever before. This is the right opportunity to avenge the slaughtering of your fellow brothers martyred in Pilkhana carnage and get justice for them.

O Officers, respond to the call of Hizb ut Tahrir and move to uproot traitor Hasina whose ruling is leading you to weakness and despair. Rush towards reestablishing the second Khilafah Rashidah (rightly guided Caliphate) on the method of Prophethood which will be the source of strength for you and your institution. When the traitor Hasina is faltering and this noble Ummah is demanding her removal, rush to grant the nussrah (material support) to Hizb ut Tahrir for the establishment of the promised Khilafah so that Islam and the Muslims can rise to dominance once again. Allah (swt) says:

“O you who believe! Answer the call of Allah and His Messenger when he calls you to that which gives you life” [Surah Al-Anfal: 24]