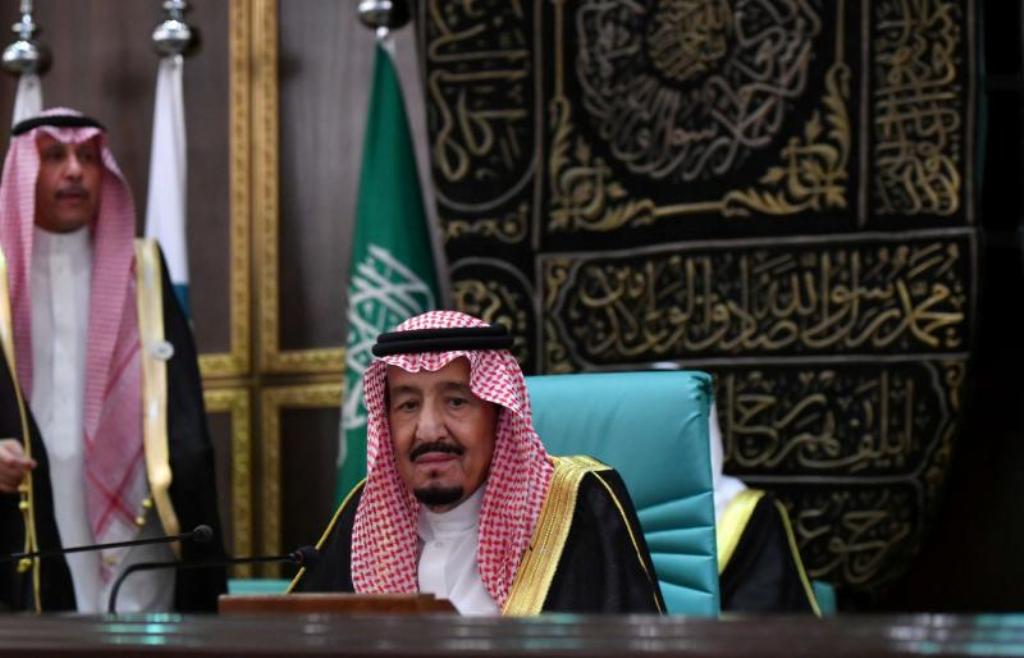 Saudi Arabia’s King Salman bin Abdul Aziz will chair the 14th Islamic Summit Conference on May 31 in Mecca, a longstanding gathering of heads of state that dates back 50 years. (al Arabiya 29/05/2019)

At the end of the blessed month of Ramadan, the Shayateen amongst the Ummah will meet under a pretense of authority and leadership of the Muslims. Since its establishment in 1969, the OIC (Organization of Islamic Cooperation) was presented as a voice of 1.5 billion Muslims around the world but has only ever been a useless tool to further outside agendas and keep the Ummah divided within the cages of nation states drawn up by the Colonial powers after the destruction of the Khilafah (Caliphate).

This Ramadan passed with headlines of intensified bombings by the Syrian regime in Idlib killing scores of people on a daily basis. There were reports of Uighur Muslims forced to consume alcohol in the annual beer drinking contest as well as the awful descriptions of camps designed for mass genocide. Then there is the intensification of oppression in Myanmar for the Rohingya. After Indian elections, social media again showed videos of Muslims facing the wrath of Hindu hardliners with images of abuse, beatings and even killing. There were reports of more deaths from a man-made famine in Yemen due to Saudis blockade and bombings. In addition, we witness the yearly occurrence of further crackdowns for worshippers in Al Quds and continued attacks in Gaza by the Jewish entity, a barrage of 350 air strikes and missiles was a welcome from the Zionists for Ramadan.

The Summit of the useless Muslim rulers (Ruwaibidah) will no doubt condemn but as good as stay silent for any, all or none of these sad realities. It does not matter really what they do!

Despite the sorry state we see all over the Muslim lands, it is also more evident than ever that the OIC and all such bodies are completely redundant and they were so even on their inception. The Ummah can see no hope in the rulers who sell out and cannot muster up an ounce of shame to assist anyone who is currently facing oppression at the hands of their own rulers or outside powers. Whilst they will meet, not one of the 1.5 billion Muslims they claim to represent will feel that their affairs will be taken care of.

For the Ummah today the realization of no alternative but the complete implementation of Islam should be clear. The stooges and puppets that will present themselves at the Islamic Summit Conference need to be immediately removed and a sincere leadership for the Ummah is the most pressing need today. They are only a mouthpiece for their masters in Washington or London.

The Ummah is not in need of another talking shop to tell us what we are suffering. We do not need condemnations without action. We need sincerity and political will to be exercised. Our history tells us of times of oppression, wars, famines and suffering and the solutions that were taken by the leaders (Khulafa and Walis) came solely from the Quran and Sunnah. Their solutions came with sincerity for the Ummah and practical actions that resolved problems rather than let them linger on for years and years. We are still with these sources but are simply not able to implement their solutions while the capitalist colonial shackles keep us tied to useless conferences and summits.