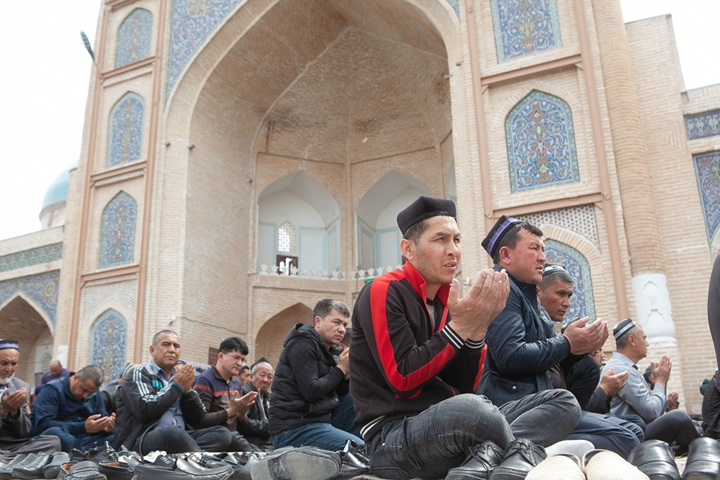 On 16/4/2021, the “Yoshlar,” or Youth Channel of the National Television and Radio Company of Uzbekistan broadcasted a program called “The Current Topic“. The program was attended by representatives of the Public Prosecutor’s Office and the International Islamic Academy. The main theme was that the ideas of Hizb ut Tahrir are destructive as they sow seeds of discord and hatred among people and mislead people disguised as Islam. The Hizb has also been classified as a terrorist organization. Video recordings were shown of the remorse of Muslims who were members or influenced by their ideas. During the presentation, it was also said that the party deems those who do not accept its ideas as disbelievers. There were also other false accusations that were not based on Shari’ evidence.

We know very well that this broadcast is another demand from the Uzbek government to intimidate and alienate Muslims from Hizb ut Tahrir. We also know that this slander is not the first nor the last. First of all, we would like to remind once again that the whole world knows that Hizb ut Tahrir is not a terrorist organization, and it is ridiculous that the label of terrorism is still pinned to it despite no single evidence that it has used force and violence anywhere. It has become customary for oppressive and repressive governments to use words such as these that are not clearly defined in relation to Islam and Muslims, especially against Hizb ut Tahrir.

As for thoughts and opinions of Hizb ut Tahrir, they are opinions, thoughts and rulings that have been derived with correct Ijtihad (jurisprudence) based on the Qur’an, Sunnah, the consensus of the Companions, and Qiyas (analogy). They are available in open sources and on the Hizb’s official websites, and anyone can verify them easily. And if something is unclear or misunderstood, please contact us through our website, we are always ready to discuss and communicate. However, the participants in the program who without studying the thoughts and opinions of the Hizb are trying to satisfy the oppressors by telling people lies and slandering the party, will they not fear Allah! Hizb ut Tahrir never lied to those who believed in it and unlike this government, did not use them or throw them in the trash when they were no longer needed! It is also clear that our Muslim brothers who appeared in the videos were opposing the Hizb under threats and intimidation, because they were specially prepared by the security and police for such programs. Also, the claim that the Hizb deems those who do not accept its thoughts and opinions as disbelievers (Kuffar) is nothing but fabrication and lies.

Finally, we pose this question: Do evil, corruption, and the spread of enmity among people like terrorism come from the Hizb or from the traitorous rulers who were imposed on us by force and deception and sold their Hereafter in exchange for the world of the Kafir states? Is the fault of the Hizb exist in revealing your true face and making it clear to the Muslims that you deny the Islamic Shariah and rule by the Kufr laws? Has Hizb ut Tahrir imprisoned, tortured and killed thousands of Muslims just because they declare Allah is our Lord?! There are many more questions like these, but no one gives an honest answer. Muslims follow the Hizb because it explains Islam to them as an ideology and they become determined to work with it. Your feeble denial cannever prevent Islam from returning to life. Hizb ut Tahrir will continue to work in this causewith its life and wealth and will remain so until the command of Allah comes.

“And say, “Truth has come, and falsehood has departed. Indeed is falsehood, [by nature], ever bound to depart.”” [Al-Isra: 81].