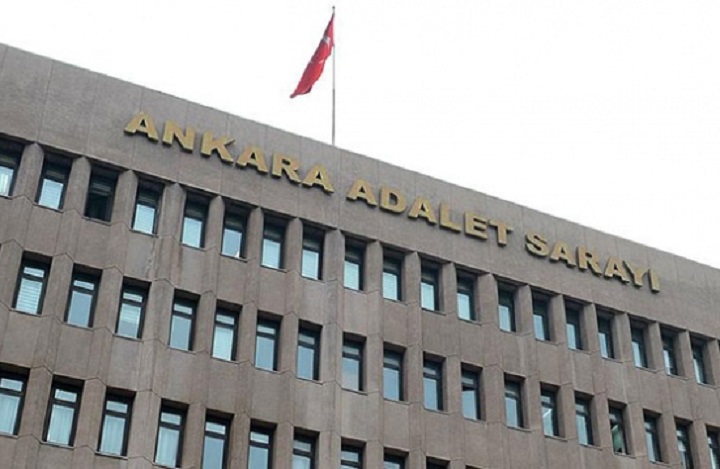 The historical course of the trials of Hizb ut Tahrir in Turkey is fraught with legal scandals. Hizb ut Tahrir was categorized in the Anti-Terrorism Law as a terrorist organization, despite not adopting coercion and material means, and repeatedly stating this in its publications and press releases, and despite not being involved in any violence since its founding 68 years ago, yet it was classified as as a “terrorist organization” through illegal jurisprudence. Its members were sentenced to severe penalties!

But the judiciary and security, who act like a wolf trying to eat a lamb, plots against Hizb ut Tahrir every now and then, through deceiving statements and illegal methods. One of these plots was tested during simultaneous arrests in 23 Turkish provinces on 24/7/ 2009. On Thursday, 23/7/2009, the security forces arrested Süleyman Uğurlu, who received his final sentence during that period. However, Uğurlu, who should, according to the laws have had the execution order read to him, and then put in prison, was arbitrarily detained in the Ankara Branch Directorate of the Turkey Security Directorate until Friday morning, 24/7/2009. After the arrest of Süleyman Uğurlu, the police planted weapons and some military equipment in his official residence. And his name was added to the arrest list that took place on Friday, 247/2009, and a search warrant was issued for his house. During the house search, a weapon and light bullets were found; photos and videos of them were played in the media under the title “Weapons of Hizb ut Tahrir”!

In such a plot, thousands of people were charged and hundreds of people were sentenced. Süleyman Uğurlu was sentenced to 12 years and 6 months in prison. Later, however, investigations and trials against the organization known as the Fethullah Gulen Organization (FATU) began. As part of the investigations, Salam Tawhid, director of the Turkish intelligence branch in Ankara, who was on duty in July 2009, who signed the conspiracy file report and sent it to court, was arrested and detained. The public prosecutor who heard statements within the scope of the file and prepared the indictment, the member of the 11th Ankara High Criminal Court that decided to search the house, and the judge who participated in the hearings within the scope of the file and is known as the “Judge of the Universal Chamber” was dismissed from his position because of his affiliation to the Fathullah Gulen organization.

The 16th Criminal Chamber of the Supreme Court of Appeal, which had evaluated the objections to the appeal file, regarding these developments in relation to the law enforcement bodies that had raised the argument, the Public Prosecution Office that had prepared the indictment, and the judges who had conducted the extrajudicial trial, overturned the sentence issued by the 11th High Criminal Court in Ankara in 2017 suspended the investigation into the conspiracy allegations. The 3rd High Criminal Court in Ankara, which has been studying the file for nearly 4 years, acquitted Süleyman Uğurlu, Ercan Tekinbas, Hakki Irene and the other defendants of all charges in yesterday’s hearing. Thus, another conspiracy against Hizb ut Tahrir failed!

Hizb ut Tahrir is known all over the world for its thoughts, method, and styles. Everyone who knows Hizb ut Tahrir knows that it seeks to establish the Khilafah Rashida (Rightly Guided Caliphate) State and that it seeks to achieve its goal through intellectual and political work. Those who do not know they can access this information through a simple search. Although there were 9 separate human rights violations in the Constitutional Court ruling against Hizb ut Tahrir, the security forces are still making funny security reports through fake accounts on Telegram. However, Allah willing, they will not achieve their goals. Because the sun cannot be polished with mud.

“But they plan, and Allah plans. And Allah is the best of planners” [Al-Anfal: 30]