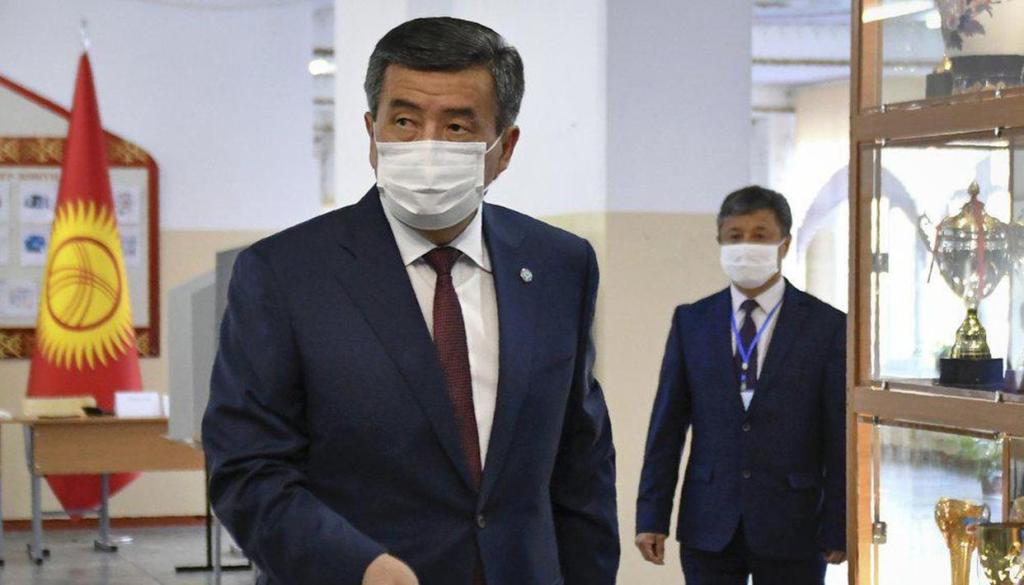 On October 15, President of the Kyrgyz Republic Sooronbai Jeenbekov resigned. The president’s address said: “My dear compatriots! For me, peace in Kyrgyzstan, the integrity of the country, the unity of our people and tranquility in society are above all. Nothing is dearer to me than the life of each of my compatriots”.

“I’m not holding on to power. I do not want to remain in the history of Kyrgyzstan as the President who shed blood and shot at his own citizens. Therefore, I decided to resign. I urge Japarov and other politicians to withdraw their supporters from the capital of the country and return a peaceful life to the people of Bishkek. No power is worth the integrity of our country and harmony in society. May the Almighty protect us all, may there be peace and tranquility in our land!”

On October 4, immediately after the parliamentary elections in Kyrgyzstan, another coup and a change of power began. Special forces and armored vehicles were unable to disperse the crowd of protesters, and the spontaneous rallies escalated into the seizure of the White House on October 6 in the capital of the country, Bishkek. President of the country S. Jeenbekov tried to resolve the situation, but he did not succeed.

This is not the first nor the last coup in Kyrgyzstan. Over the past 15 years, there have been 3 coups and a change of power, but the people have not learned anything. Politicians and the media talk about the revolution in Kyrgyzstan, but I cannot call it a revolution. A revolution is when one system is replaced by another, but nothing has changed in Kyrgyzstan since the collapse of the USSR, the system and government remain the same.

Not so long ago, the Kyrgyz SSR was part of the USSR, which was the leader in the world arena, and was in an ideologically developed state, implementing the communist ideology. Immediately after the collapse of the USSR, Kyrgyzstan lost its ideology, did not receive any ideology in return and rapidly began to degrade. Capitalism defeated Communism, but instead of Communist ideology, Kyrgyzstan received a low idea of ​nationalism. That was a revolution. But this revolution further aggravated the situation of the people, and politicians became feeble puppets of the colonialists.

The people of Kyrgyzstan, being Muslims, cannot achieve success and greatness without Islam, Islam as an ideological guide in life for a person, society and state. Hizb ut Tahrir prepared such a program based on the Qur’an and Sunnah, and provided it to the Islamic Ummah for study, practicing, and work on the revival of the Righteous State of the Khilafah (Caliphate), based on the method of Prophethood.

Oh Muslims! Join Hizb ut Tahrir to work on the revive the second righteous state of the Caliphate! Hurry up to answer the call of Allah! Allah Almighty said in His Noble Book: يَا أَيُّهَا الَّذِينَ آمَنُواْ اسْتَجِيبُواْ لِلّهِ وَلِلرَّسُولِ إِذَا دَعَاكُم لِمَا يُحْيِيكُمْ وَاعْلَمُواْ أَنَّ اللّهَ يَحُولُ بَيْنَ الْمَرْءِ وَقَلْبِهِ وَأَنَّهُ إِلَيْهِ تُحْشَرُونَ “O believers! Respond to Allah and His Messenger when he calls you to that which gives you life. And know that Allah stands between a person and their heart, and that to Him you will all be gathered.” [8:24].