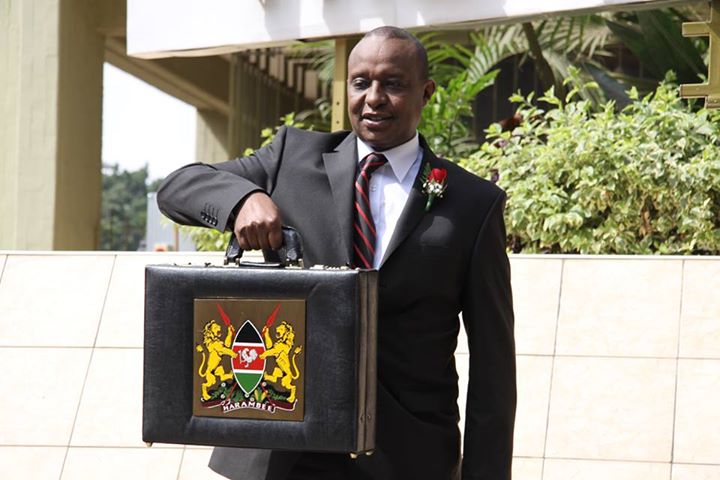 On Thursday, June 13, 2019, the Cabinet Secretary for Treasury Henry Rotich, released the estimates of 2019/2020 Budget. The estimates amounted to 3.02 trillion Shillings with fiscal deficit standing at 607.8 billion shillings. With deeply steeped in debt that already has hit Sh5.6 trillion, the Government is expected to borrow more in the next financial year to bridge the budget deficit which is Sh45 billion higher than the deficit for the current year, Sh562 billion. Moreover, the state treasury is targeting to raise Sh2.115 trillion in total revenue.

We, Hizb ut Tahrir / Kenya, wish to highlight the following:

Like in all past budgets, the 2019/2020 Budget undoubtedly contains lines of frivolous expenditure, exaggerated figures, and repeated items that will most likely gulp billions of shillings. Under the Capitalist economies, there is a common terminology known as Budget padding meaning making the budget proposal larger than the actual estimates for the project. Through this process, much of the graft occurs through budgeting. What will be looted in the next financial year is already sitting nicely in the budget. The Executive and Legislature at both the national and county governments blatantly allocate public money to themselves, brokers or businesses by manipulating the budgets.

Regrettably, the annual budgets estimates bring more economic miseries to the common citizens who are daily milked beyond imagination through excessive taxation to fund the budget as well as repaying the outstanding unproductive interest based loans. All these ends with filling the stomachs of the political class and the crony of capitalists. The House Budget Committee projected a financing deficit of Sh 607.8 billion out of which 324.3 billion will be financed through external borrowing while Sh 283.5 billion will be raised through domestic borrowing. This means the Interest rates expenses are expected to rise to 10 per cent as a result of a 32 per cent increase in external debt.

The reading of the budget is nothing more than political sophistry meant to delude a public that continues to suffer severe afflictions including starvation, disease and a collapsing public education system. These annual budgets will never solve the endemic economic crisis affecting the masses since the government continues to faithfully bind itself to a corrupt capitalist economic model initially brought by the colonialists.

We urge the intellectuals of this country to contemplate and see the failure of capitalism, which favors the interests of the bunch of imperialists over the ordinary citizens. We firmly believe that the true solution lies in uprooting this corrupt system and replacing it with the Islamic ideological economic model that will be implemented by Khilafah (Caliphate) once established on the method of Prophethood in one of the major Muslim country. Strictly, the Khilafah will not waste time in the public relations exercise of reading budgets since its revenues and expenditures are divinely revealed and fixed. It will not impose taxes on people’s salaries such as PAYE, VAT etc. rather it has its specific sources of public revenue including natural resources e.g. war booty, mineral resources etc. to meet the needs of its citizens without harming the common person. Upon its reestablishment, the Khilafah will liberate the world’s population from excessive tyranny and endemic poverty by Allah’s will.